You expect a lot of things when you walk onto the set of a zombie movie. You expect to see some zombies, for starters. And some hustle and bustle and destruction. You also expect to see an action star front and center. That’s exactly what myself and a group of film journalists witnessed on a set visit for Zack Snyder’s Army of the Dead back in 2019. Zombies, action, debris—and at the center of it all, an action hero in lead actor Dave Bautista.

But the conversation we had on set that day with Bautista wasn’t what I expected. Because Bautista isn’t your average action star. In fact, as he pointed out, that’s not really his history on-screen, anyway. “Even in the Marvel stuff, I’m not really known for my action,” he told us between takes. “In Marvel I’m known for saying dumb sh*t.”

In Army of the Dead, Bautista plays Scott Ward, a former military man who fought off zombies during an outbreak six years ago. Now, in the present, the outbreak is contained to Las Vegas, and Ward is recruited to lead a casino heist in the city. This means assembling a ragtag team of fighters who have no fear of the undead. But the story is more complex than that. Ward isn’t just some beefcake fighter type. He has an emotional arc with his estranged daughter Kate, played by Ella Purnell. At the center of the apocalyptic carnage is a story about a family. 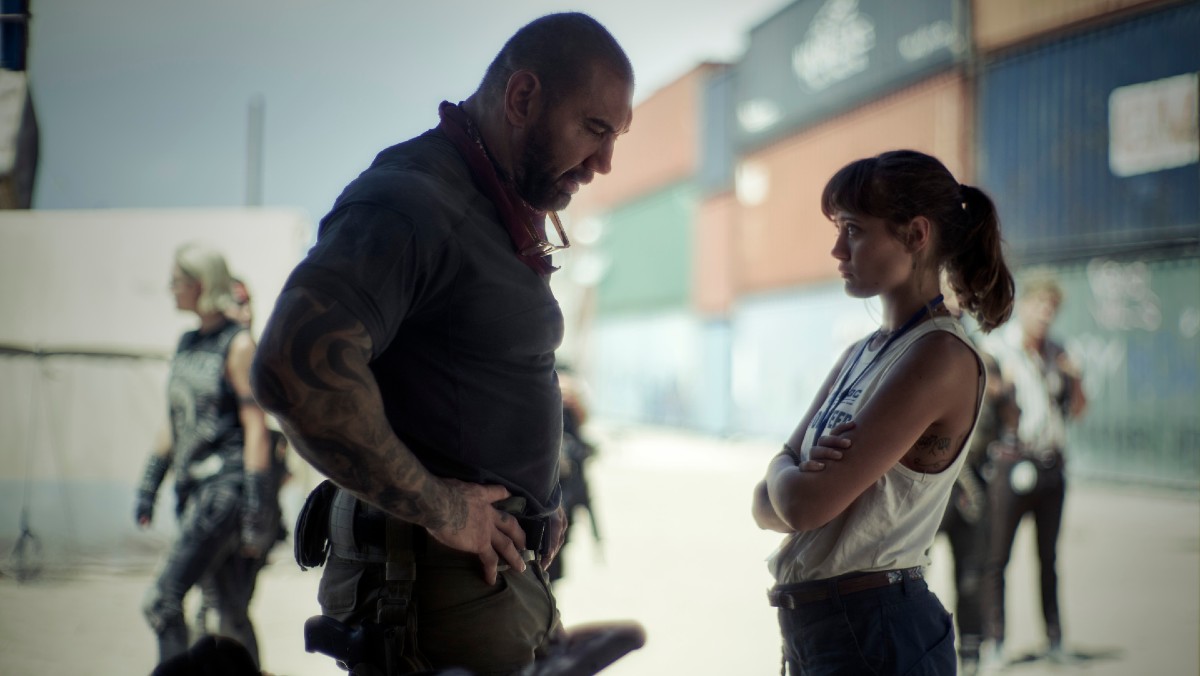 It’s a perfect role for Bautista, who told us he took the part because of Zack Snyder. This isn’t surprising if you’re familiar with Bautista’s work. The retired professional wrestler and mixed martial artist made a successful transition to Hollywood, and in the meantime, has worked with some of the industry’s most prestigious filmmakers. Werner Herzog, James Gunn, Sam Mendes, RZA, Denis Villeneuve. He’s best known as Drax the Destroyer in Gunn’s Guardian of the Galaxy films. But his range and technique far outpace that simple role. As does his drive and desire to work with the best in the business.

“I’ve been wanting to work with him for years, and it’s really just so I can steal all his shit,” Bautista told us of Zack Snyder, the director, producer, screenwriter, and director of photography for Army of the Dead. His admiration of Snyder comes from a desire to be a filmmaker himself. “I’m totally looking over his shoulder to see what he’s doing.”

Until he reaches that goal, he wants to make himself as valuable as possible in the Hollywood system. “If you’re a valuable name, people listen,” he explained. “You walk into a room, people listen. So that’s what I’m trying to do. I’m trying to build myself as an actor so people pay attention.” 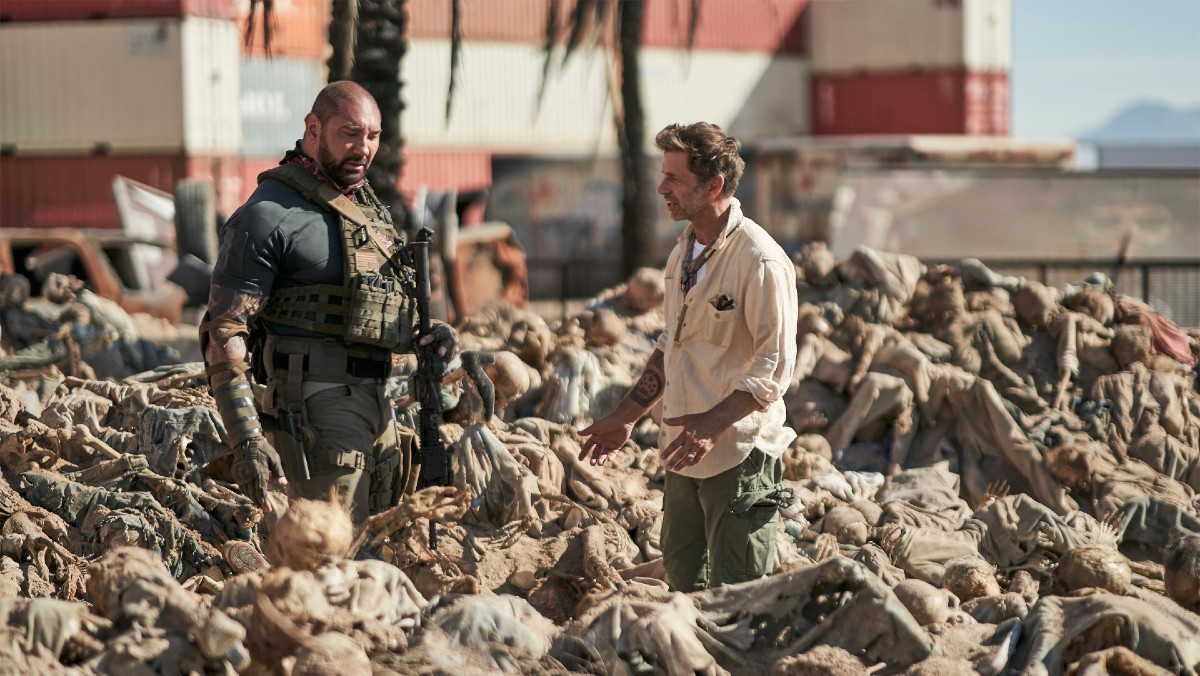 But that doesn’t mean playing to expectations. If anything, Bautista told us he wants to work against what people expect of a large, muscular former wrestler. “The Rock is a perfect example of someone who uses that strength,” he said. “I [want] to go against that grain and make everything much smaller. Very subtle. I want that to be my strength, and I want that to be what separates us. I don’t want to be that big guy who walks into a room. I never wanted to be that guy.”

For Bautista, it’s about the art more than the commodity. “I want to be an actor,” he continued. “I want to act, I want people to judge me for my acting, for my subtly. I want roles that require that. I don’t want to be a big action guy who just says cool sh*t and kills a lot of people and gets the girl. I want to be the guy that makes people cry, who makes people think, who inspires people. I want to be a dramatic actor. I just love it, I love acting.”

If there’s one person ready to help him buck those expectations, it’s Zack Snyder, who called Bautista an “anti-action action hero.” “It’s like having a race car that’s like, ‘I don’t race,’ and then you push on the gas and it goes super fast,” Snyder explained. “He’s not afraid to be rough, he’s not afraid to not look good all the time.” 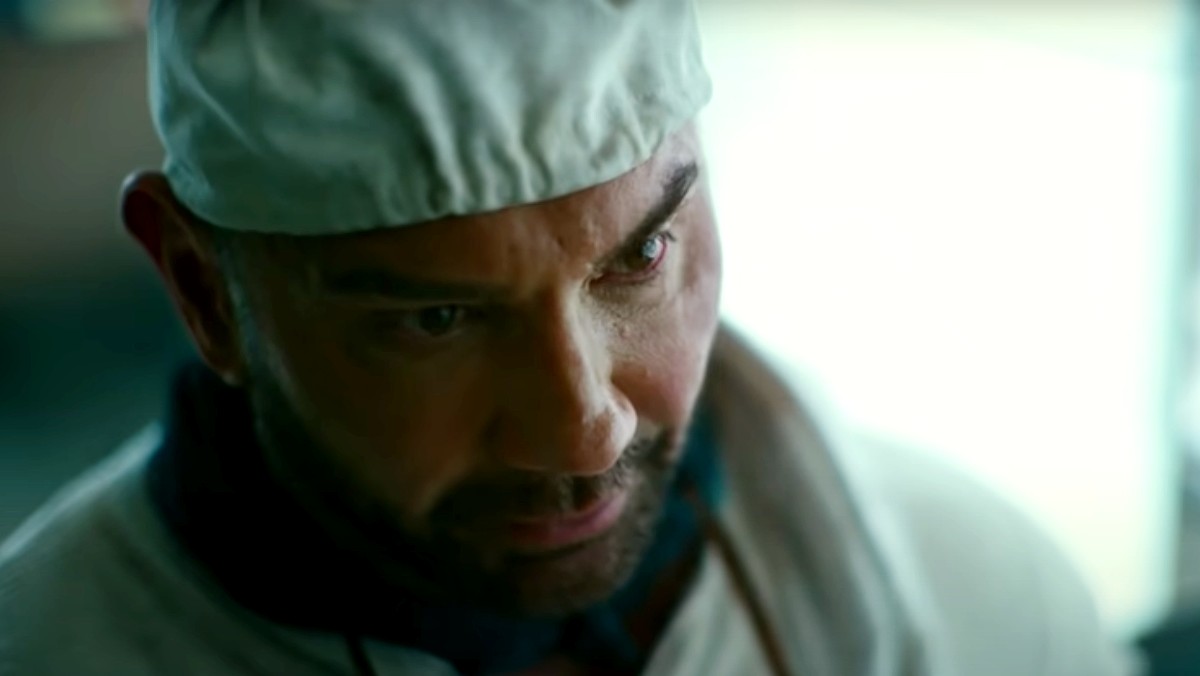 Theo Rossi, who plays opposite Bautista in Army of the Dead, also spoke to those expectations. “When you see Dave, you would probably make an assumption about what kind of actor he is or what he’s gonna play, or just whatever,” Rossi told us. “And he’s just not. He’s amazing. He’s funny. He has incredible chops in that drama sense and he’s just doing something and he’s creating his own lane. Hollywood always want to put people in a box. You can’t put Dave in a box.”

One role that really proved that Bautista can’t be put in a box was his small part in Denis Villeneuve’s Blade Runner 2049. He plays Sapper Morton in the film, a retired replicant who looks intimidating, but reveals a quite tender and sensitive interior. It’s a small part that kicks off the action of the film, and is perhaps the role that best articulates what Bautista is trying to get at: performances that explore his duality and pair him up with acclaimed directors.

“I showed up to do that role a certain way and when I got there, I realized it was all wrong because [Denis] had me do everything differently, down to the way I walked” Bautista told us of his work on Blade Runner. “And I got so much love for that small little role, and I have to give credit to him because of the way he directed me to perform.”

Bautista also worked with Villeneuve on this year’s Dune adaptation, set for release this October. He plays the villainous Glossu Rabban in the film, another opportunity to prove what he’s capable of and give audiences a taste of his range.

In the meantime, we have Army of the Dead to look forward to. The film hits Netflix on May 21. After that, what can we expect?

“Television,” Bautista told us. “I want to do a television shoot. I’m dying to check that box. I think TV is a really great way to learn, because of the pace that they work at. I also think that putting your face out there every week just builds your career.”

Does that mean he’d say yes to a Drax the Destroyer Disney+ series? “Not a chance in hell would I do a TV series playing Drax,” he told us with a laugh. “That is makeup nightmare. I would be miserable. That makeup is not fun. It’s awful. So I’m not gonna sign up for a TV series where I’m in that makeup everyday.”