The Sleeper has awakened. And by Sleeper, we mean Dune fans. Thursday morning brought a new trailer for Denis Villeneuve’s Dune. The adaptation of the Frank Herbert epic sci-fi novel is coming to theaters this fall, and we’ve been anxious to see more since the first trailer dropped last September. Centered on Paul Atreides, Dune tells the story of warring noble houses and a chosen one in a fantastical universe on a desert planet called Arrakis. This trailer sets up the Dune-iverse for new fans but offers plenty for longtime fans, too. Let’s watch.

Zendaya’s character Chani opens the trailer, talking about the beauty of Arrakis. But it looks like she’s part of a dream—Paul’s dream. This is before the youth leaves the world Caladan with his family and the rest of House Atreides. They depart a lush world with luxurious amounts of water to go to Arrakis. Water is precious on Arrakis. So is spice melange, a drug that comes from the planet. The planet’s natives, the Fremen, are intimately familiar with water and spice. And as Chani notes, outsiders have been ravaging the Fremen’s home for too long.

Is Villeneuve out here treating folks plundering spice like colonizers they are? Yes, and we are here for it. 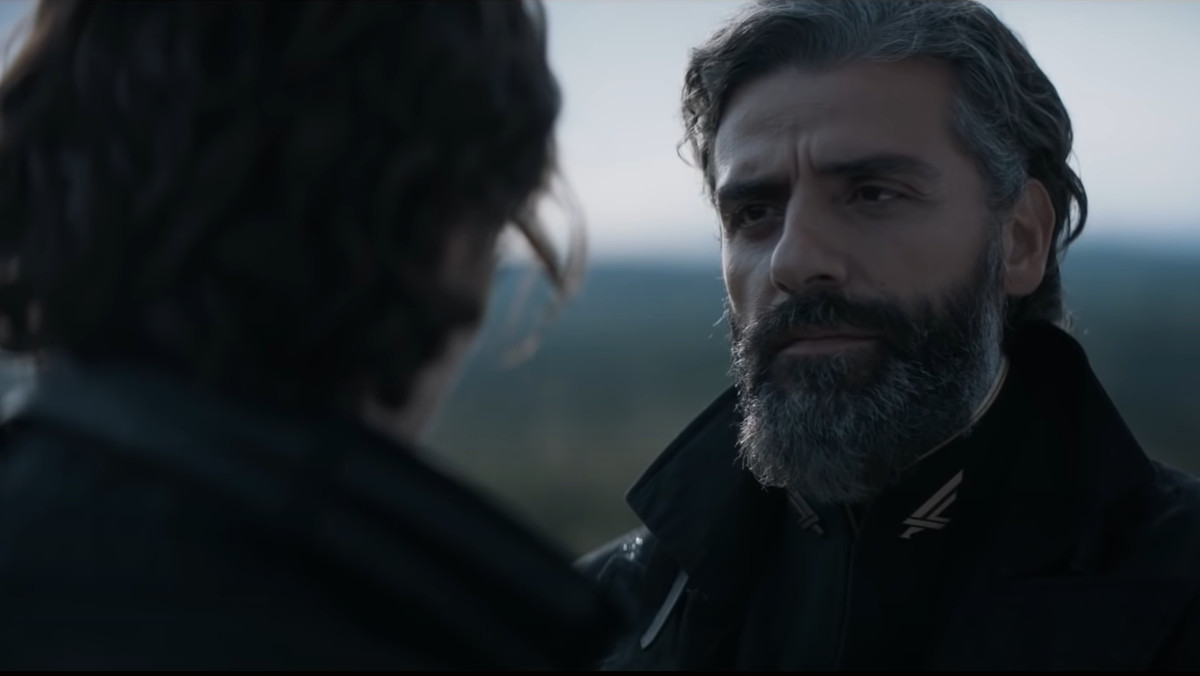 As the trailer progresses, we see both Paul and his mother, Lady Jessica, with the Fremen. The trailer teases total disaster for House Atreides on Arrakis. It briefly sets up the Harkonnens, the enemies of House Atreides. So yes, while the Padishah Emperor (the leader in the Dune universe) has sent the Atreides to Arrakis, other forces are at play. Between the Harkonnens, the Fremen, sandworms, and the harsh environ of Arrakis itself… the Atreides have a hard road ahead.

Dune arrives in theaters on October 22, 2021. Stay tuned for our shot by shot trailer breakdown.