Jason Momoa and Dave Bautista have spent much of their careers playing formidable warriors. From  soldiers to actual superheroes. But now we’re finally seeing the pair go toe-to-toe with one another. Dave Bautista joins Apple TV+ series See for season two as Edo Voss, the estranged brother of Momoa’s Baba Voss. And their family reunion is not exactly warm and fuzzy.

See takes place in the very distant future during a time where humans can no longer see. However, Baba Voss and his wife, Maghra, are parents to twins born with sight—putting them in a lot of danger. The season one finale teed up Edo’s official introduction in season two, when we learn he’s the one holding Baba Voss’s daughter, Haniwa, hostage.

Naturally Baba is gonna do everything he can to bring his daughter to safety. Especially if that means reuniting with, and then fighting, his brother. And if the trailer’s any indication, the fight against his brother isn’t just about rescuing Haniwa. It’s also about the future of humanity. Sounds ominous, right? As every dystopian show should. 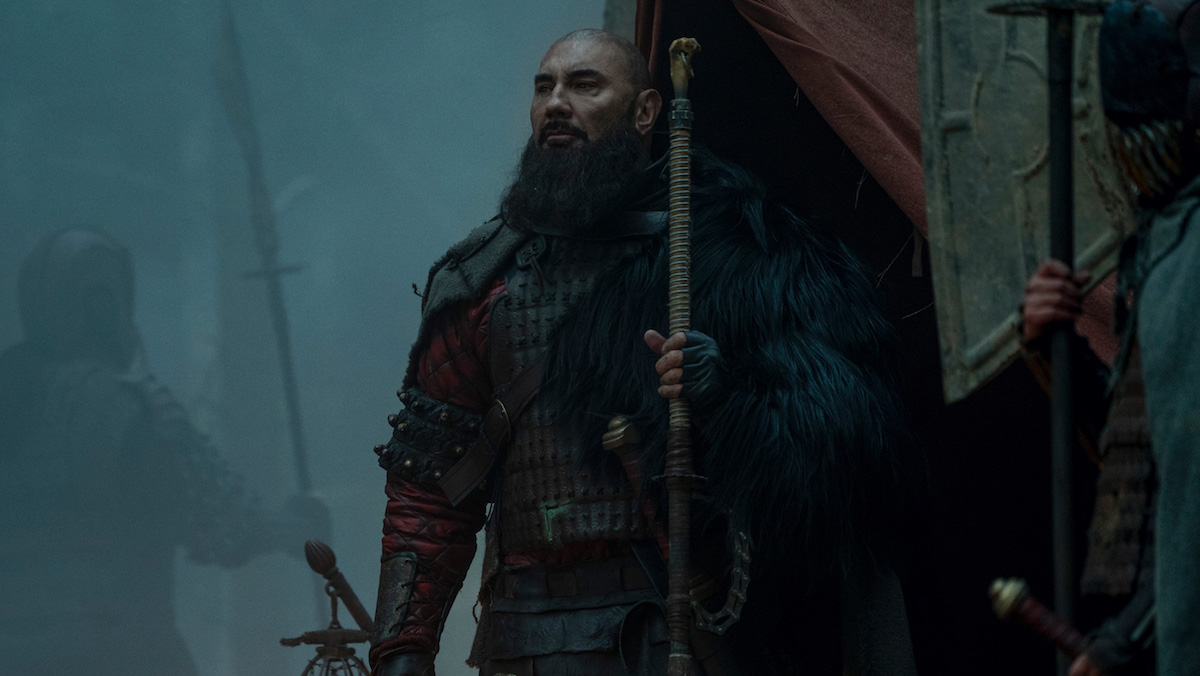 In season two, Baba Voss (Momoa) is struggling to reunite his family while protecting them as the threat of war looms between the Kingdom of Paya and the Trivantian Republic. Despite his best efforts, his wife and sighted children are pulled to the forefront of the conflict, where they come to the attention of his estranged brother, Edo Voss (Bautista), a powerful and cunning Trivantian General, whose long-simmering hatred for his brother imperils them all even further.