Jack Black is having a lot of fun on Instagram these days. And mad respect to that. He’s really making the most out of some extended time at home, and delighting the internet in the process. The beloved actor, known for films like School of Rock and The Holiday, has already delivered some hilarious performances as Thor and Captain America. Now, he’s getting in on the Star Wars action.

In honor of May the Fourth—or Star Wars Day—this week, Jack Black recreated one of the most iconic moments from the prequel films. He put on a white robe (of the fuzzy bathroom variety) to mimic Ewan McGregor’s Obi-Wan Kenobi. And he says the Jedi’s famous line, “Hello there.” Then, he pans over to himself as another Star Wars character: the villainous and multi-limbed General Grievous.

It’s pretty dang incredible, if I do say so myself. Black accomplished the Grievous look by… sitting on his own shoulders? I’m no amateur CGI expert, so I’m not totally sure how this works, but it looks amazing. Even more amazing are the added special effects. Look at the sky in the background and you can see the Death Star. A TIE fighter also whizzes by with its iconic sound. Black also added some impressive effects to his lightsabers to make them look like the real deal. It’s a lot of effort for a 10-second clip, but it absolutely paid off. 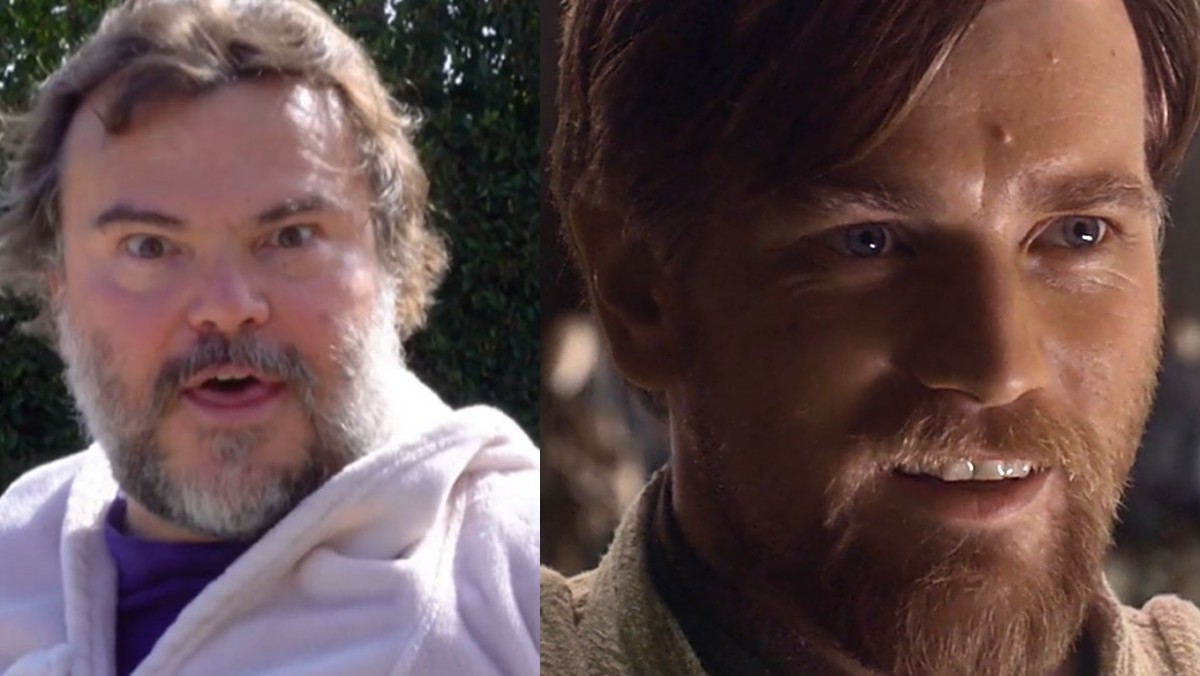 The Voice of the People/Lucasfilm

I’m also just a sucker for anything that pays tribute to the “hello there” moment from Revenge of the Sith. It’s one of Ewan McGregor’s shining Star Wars moments. And it deserves all the attention!

And that wasn’t Jack Black’s only Star Wars tribute for May the Fourth. He posted another video on Instagram of him wielding a red lightsaber and doing a chokehold. In the background, the incredible music from The Rise of Skywalker‘s trailer plays. Black was also sure to include credit to the saber makers, Khal @ KR Sabers, a 27-year-old lightsaber builder based in London.

May the Fourth may be over, but as Jack Black tells us in that first video, “May the Force be with you, always.” It is certainly with him.