The Star Wars saga has no shortage of annoying characters. Of course, we’re not going to name names to offend fans of any Gungans or purple Hutts. But perhaps the most obnoxious character in the galaxy far, far away is Salacious B. Crumb. Anyone who has ever seen Return of the Jedi remembers the Kowakian monkey-lizard, the loyal pet to Jabba the Hutt. His obnoxious and shrill laughter has echoed in all of our heads ever since.

But since it’s Star Wars, we can’t lie. We love even the annoying characters. Even they occupy a special place in all of our hearts. So for all the lovers of the late Mr. Crumb out there, who tragically perished on Jabba’s doomed sail barge, the folks at Regal Robot have got a treat for you. A scale Salacious B. Crumb Prop Replica Statue. 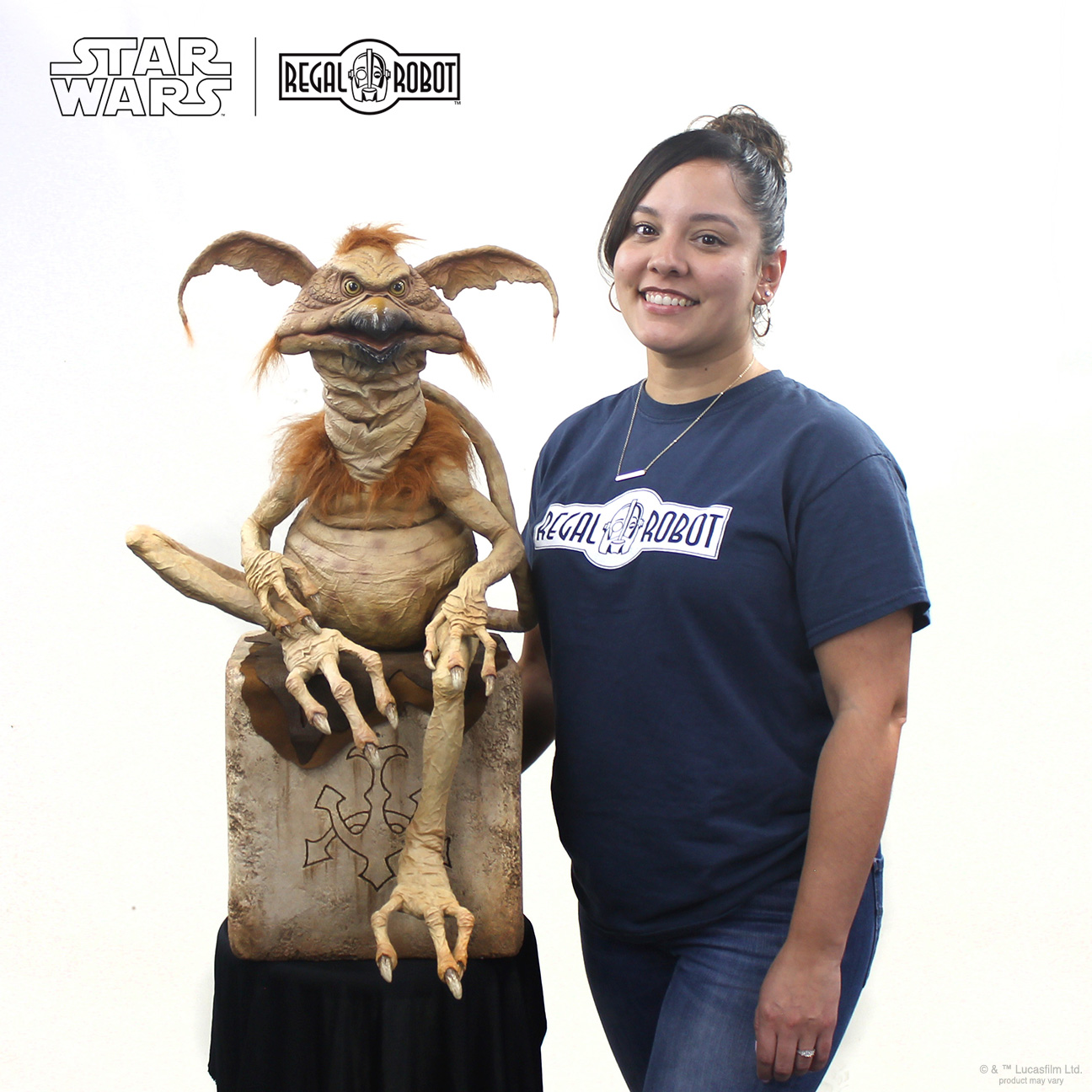 The Salacious Crumb replica was sculpted by Tony McVey, who designed the character and sculpted/fabricated the original puppet to produce Return of the Jedi. Each static polyresin statue will be made in the United States and hand-finished by the FX artists in Regal Robot’s New York studio. This limited, signature edition will only have 150 pieces made. This looks as screen accurate as the Tauntaun head from The Empire Strikes Back that Regal Robot recently produced. 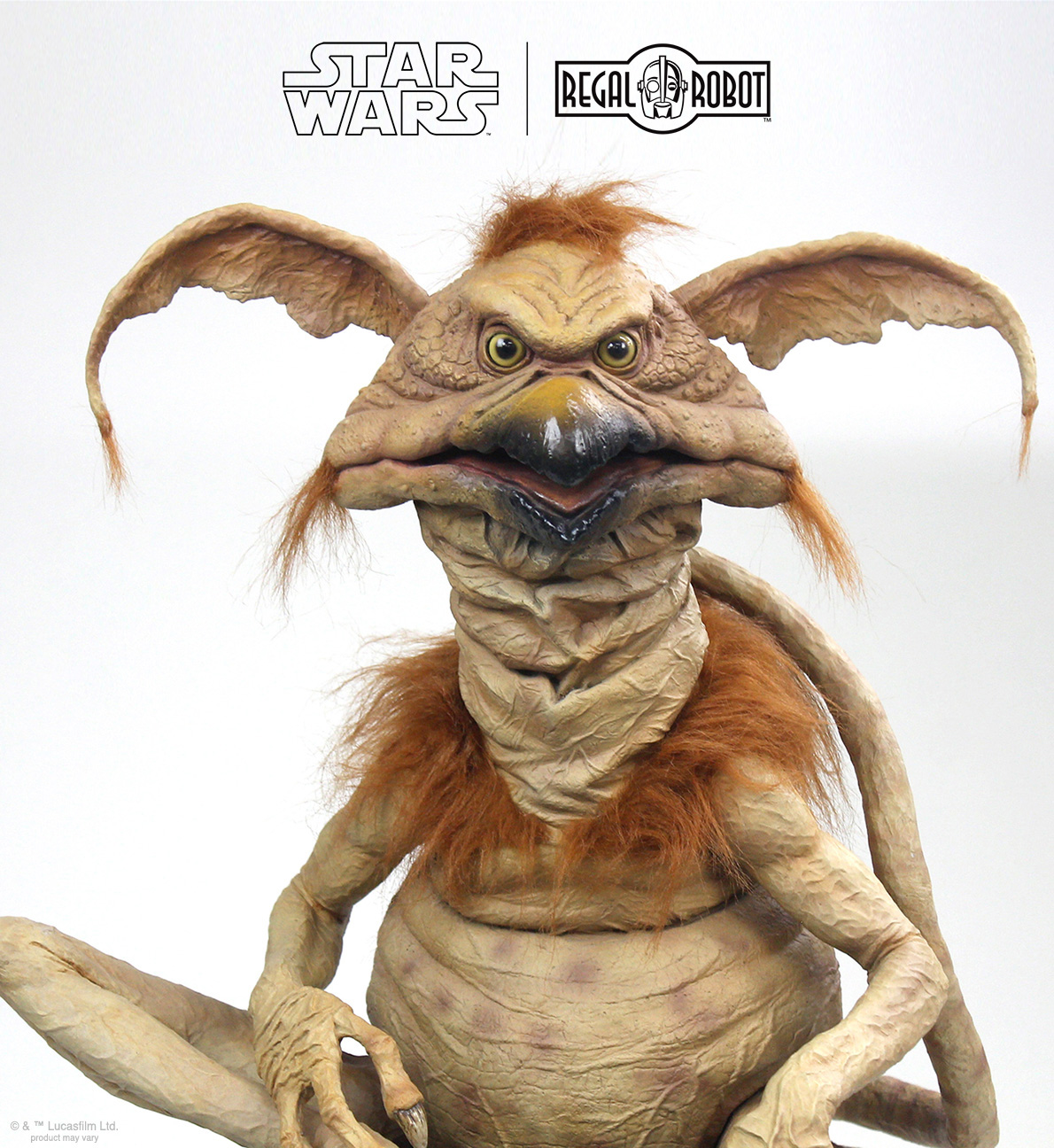 Each one will come with a metal plaque signed by sculptor Tony McVey and the character’s on-set performer, Tim Rose. He comes with removable limbs as well. The arms, legs, ears, and tail all peg or bolt to the body. Salacious comes with custom glass eyes and faux fur. He also has detailing accents on the hand and airbrush detailing as well. This deluxe prop replica will set Star Wars collector back $3999.00. For more information, head on over to the official Regal Robot website.