The world’s oceans need a hero. And soon a new animated series from South Africa will give them an unexpected one. A brave young girl and her giant turtle friend will stand against the polluters destroying our planet in Isaura. And the show’s gorgeous and moving first trailer promises a tale of magic and fantasy mixed with the stark realities of very real problems, all told in a beautiful style reminiscent of Studio Ghibli.

Isaura is a new series in production from Lucan Animation in Cape Town, South Africa. Here’s the show’s official synopsis:

“Isaura is a resilient and resourceful young girl living in a coastal village in Mozambique. After risking her own life to save a turtle, she is rewarded with a powerful and ancient talisman that allows her to breathe underwater and communicate with turtles. As bearer of the talisman, she becomes a guardian of the ocean and all the animals living in it. She is not alone however, as she is joined by her trusty, turtle companion Couro. On her journey Isaura discovers that others have been trusted with similar talisman all around the world, but some will use their incredible power for evil.

Lucan says the show “has strong conservation messaging,” which is clear in this teaser. As are its major Studio Ghibli vibes (always a good thing). But this trailer also has elements of anime, Aquaman, Captain Planet, and Moana. That’s a pretty great list of inspirations to pull from. 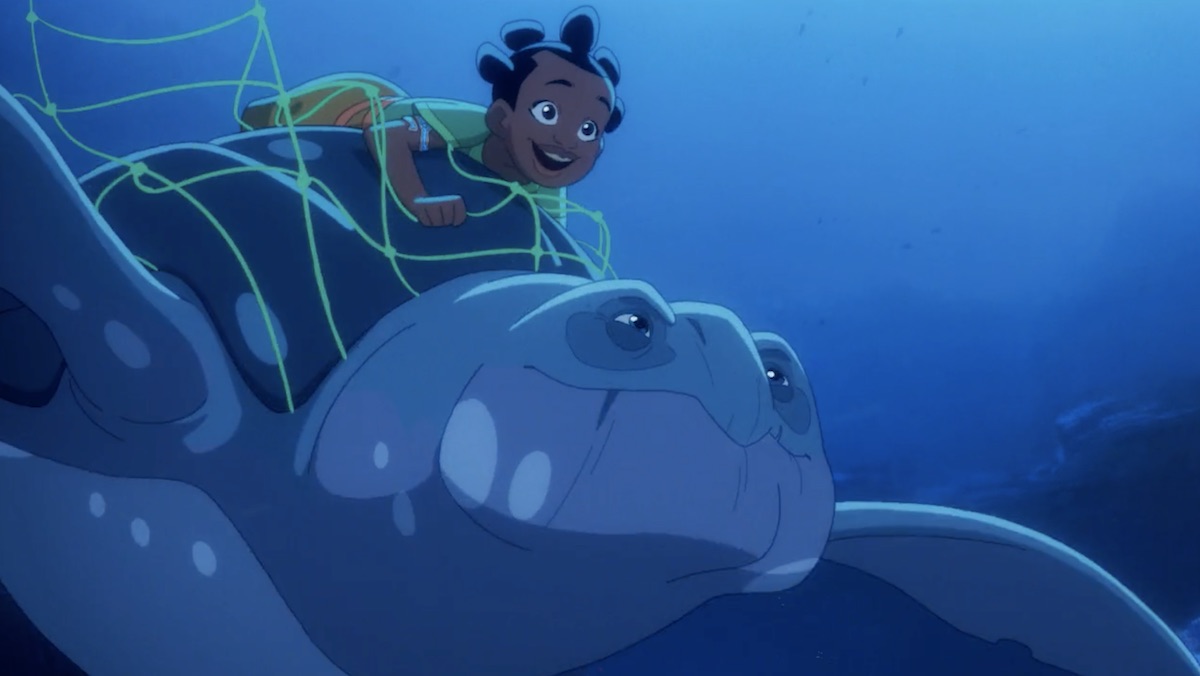 According to io9 (where we first learned about the show), this beautiful trailer was made “by blending 3D environments, hand-drawn characters, and Unreal Engine.” The only downside is there is no release date for Isaura yet. Lucan says it has “completed its second phase of development and is now seeking a partner to take its important message to eyes and ears across the world.”

The more people who see this trailer the easier it will be to find partners. And the sooner the better. The world’s oceans need a hero. And we need to see this show.