First INTERVIEW WITH THE VAMPIRE TV Series Footage Is Here

As they say, everything old is new again. And in this case, we’re talking old. Centuries old. Old enough to have witnessed everything from 18th century Louisiana to the heyday of Christian Slater. Once again, we turn our attention to Anne Rice’s Interview with the Vampire.  The novel, first published in 1976, famously gave way to a cinematic adaptation in ’94. Now, the story will unfurl on the small screen. If you’ve had your ear to the ground, you’ve likely heard news here and there of Anne Rice’s ever-developing Vampire Chronicles TV series. And it is finally headed to our small screens this year.

And we have a tiny, tiny glimpse of it. AMC released minute-long teaser showcasing the content set to air on its streaming platform, AMC+. Interview with the Vampire was, of course, among the upcoming shows teased. (The five-second clip begins around the 28 seconds in.)

In the short clip, we see Lestat and his luscious locks feeding on someone, and not looking remorseful in the slightest. We also see Lestat and Louis have a confrontation in a church, with the former telling the latter, “I give death to those deserving.” Louis, however, looks pretty rattled.

The series will span seven episodes. Australian actor Sam Reid will be taking on the role of Lestat. Meanwhile, Game of Thrones alum Jacob Anderson is playing Louis. We couldn’t think of better casting for Louis, as anyone who’s ever listened to Anderson’s music, under the moniker Raleigh Ritchie, knows he can bring that sadboi energy. Bailey Bass, who will star in James Cameron’s Avatar sequels, will play Claudia in the TV show.

Behind the scenes, however, we’ve got two names of note. Serving as showrunner: Rolin Jones, one of the main names behind Perry Mason. As for his horror-adjacent background, Jones worked on the short-lived but relatively well-received The Exorcist series. He’s also got big guns like Friday Night Lights, Boardwalk Empire, and United States of Tara under his belt.

Mark Johnson, perhaps best known for his work on Breaking Bad, will produce the project. It’s also worth noting the producer’s connection to the screen’s original Lestat, Tom Cruise; Johnson won his only Best Picture Oscar to date for Cruise’s ’88 film Rain Man. Granted, that they haven’t worked together since doesn’t exactly bode well for an appearance by Cruise. (Still, the notion of Tom Cruise making his foray into TV acting is a kind of mesmerizing one, slant notwithstanding.)

A later report from Variety broke the news that Alan Taylor would direct the series. Taylor is best known for helming episodes of Mad Men and Game of Thrones, as well as the Marvel movie Thor: The Dark World. Taylor also won an Emmy award for directing episodes of The Sopranos and recently revisited the world of gangsters and gabbagool the prequel film, The Many Saints of Newark. 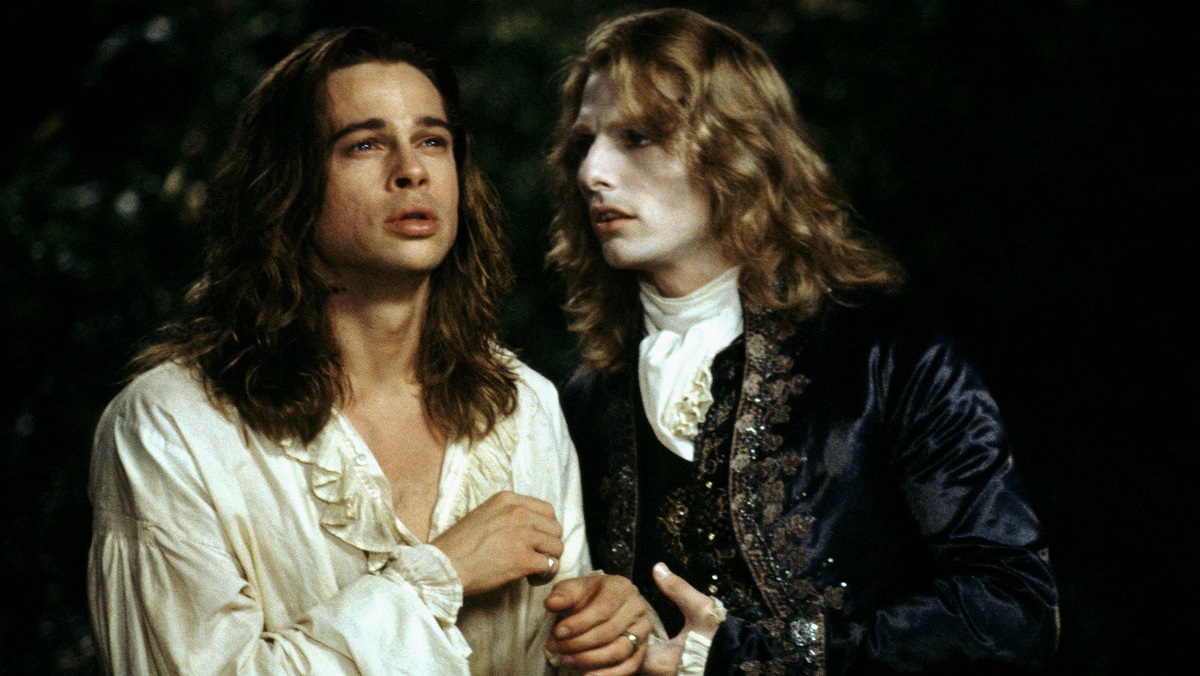 As it sounds, the new Interview with the Vampire TV series will retread the plot points visited in Neil Jordan’s movie. However, the tone is the thing here. Above all else, the 1994 film was a beast of personality; how AMC’s take on the tale will mimic, or deviate, from that is yet to be seen. We may get something quite different—and that’s okay! But it’d better have chutzpah. That Anne Rice is an executive producer on the project gives us hope.