Have you ever wanted to step into the frame of your favorite scary movie? Thanks to a new interactive installation in Los Angeles, your dreams – or nightmares – are now a reality.

I Like Scary Movies opens April 4 at the Desmond and takes horror fans on a “multi-sensory” experience inspired by some of Warner Bros. Pictures’ and New Line Cinema’s iconic horror films, like It, The Shining, Beetlejuice, The Lost Boys, and  A Nightmare on Elm Street. Thanks to an early preview this week, we’ve already got a good idea of what the installation looks like, and it’s every bit as spooky and beautiful as we had hoped. 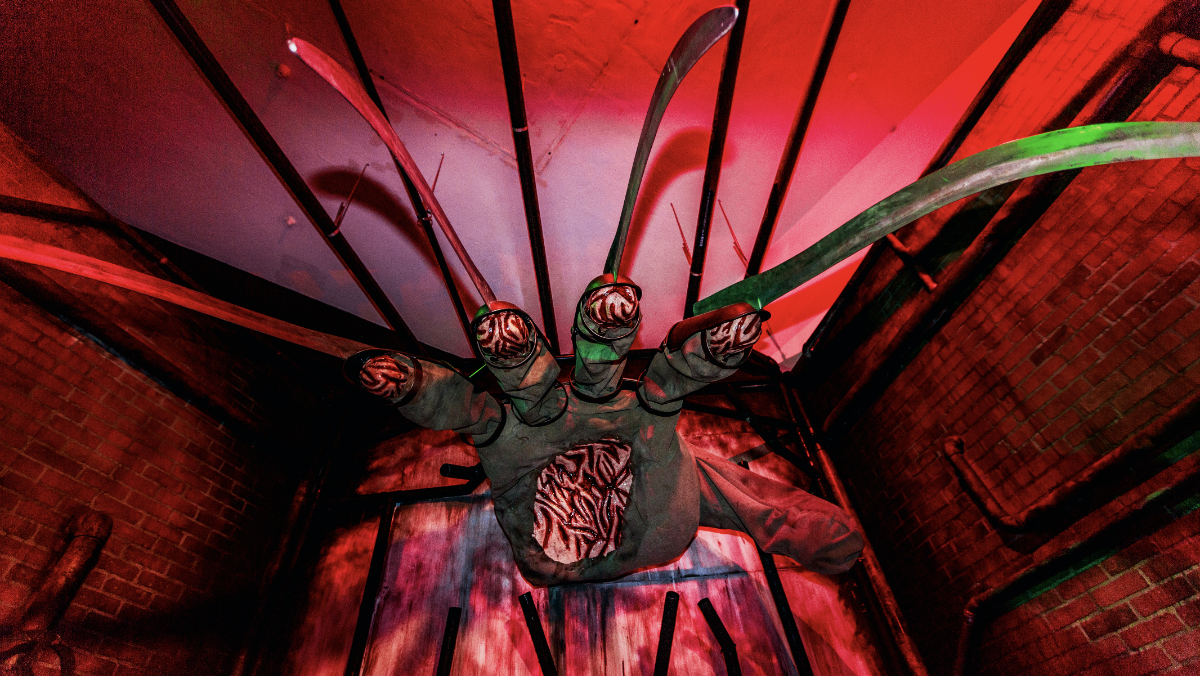 I Like Scary Movies comes from the brain of Maximilian, an experiential artist who has worked on several Hollywood studio activations in the past, including a Pirates of the Caribbean walk-through at San Diego Comic-Con and a drone light show at Dodger Stadium for  Wonder Woman.

“Our goal was to create an experience where fans could take their time to engage with the fantastical worlds of scary movies that have shaped their fandom,” Maximillian said in the I Like Scary Movies press release. “We want them to be able to take a deep creative dive into some of their favorite movies in a way that is fun, engaging, artistic, and memorable, allowing them to really explore and enjoy the thrill of it all.”

Judging from posts on social media, it looks like Maximilian’s goals were met. I Like Scary Movies is a terrifying, singular, and nightmarish interpretation of these beloved horror films, meant to stoke the imagination and send a shiver down the spine. Just look at this clown room from It!

Wednesday night turned out a little weirder than expected…⁣ ⁣ Thank you @unclecreepybw for inviting Laura and I out to check out the incredible ‘I Like Scary Movies’ exhibition in LA before it opens to the public ?⁣ ⁣ This is by far one of the coolest things I’ve done in LA!⁣ ⁣ #ilsm #ilikescarymovies #losangeles

Or this Beetlejuice shower head.

You can even step into a more horrific-looking version of the Overlook Hotel from The Shining.

There’s really nothing quite like I Like Scary Movies, and if you’re a horror fan you do not want to miss out. Tickets cost $39 and are currently available for purchase on the official website. Be there or be scared.