No, it’s not a question from Ghost Face, but an invitation for horror fans. Beginning April 4, the Desmond in Los Angeles will host like I Like Scary Movies art installation, a “multi-sensory” experience inspired by some of Warner Bros. Pictures’ and New Line Cinema’s iconic horror films.

According to the press release, the immersive installation will “lure fans into artistic reinterpretations of the worlds of It, The Shining, Beetlejuice, The Lost Boys, and A Nightmare on Elm Street.” Attendees will be treated to a number of photo ops that let them “sink” into the Overlook Hotel carpet from The Shining, step into Pennywise’s lair from It, and wander through Beetlejuice’s graveyard.

I Like Scary Movies is coming from Maximillian, an experiential artist who has conjured up several Hollywood studio activations through the years, including Pirates of the Caribbean walk-throughs at Comic-Con and a drone light show at Dodger Stadium for Wonder Woman.

“Our goal was to create an experience where fans could take their time to engage with the fantastical worlds of scary movies that have shaped their fandom,” Maximillian said in the I Like Scary Movies press release. “We want them to be able to take a deep creative dive into some of their favorite movies in a way that is fun, engaging, artistic, and memorable, allowing them to really explore and enjoy the thrill of it all.”

In anticipation of the installation, we have an exclusive look at a Beetlejuice poster showing folks what they can expect from I Like Scary Movies: a whole lotta creepy craziness! 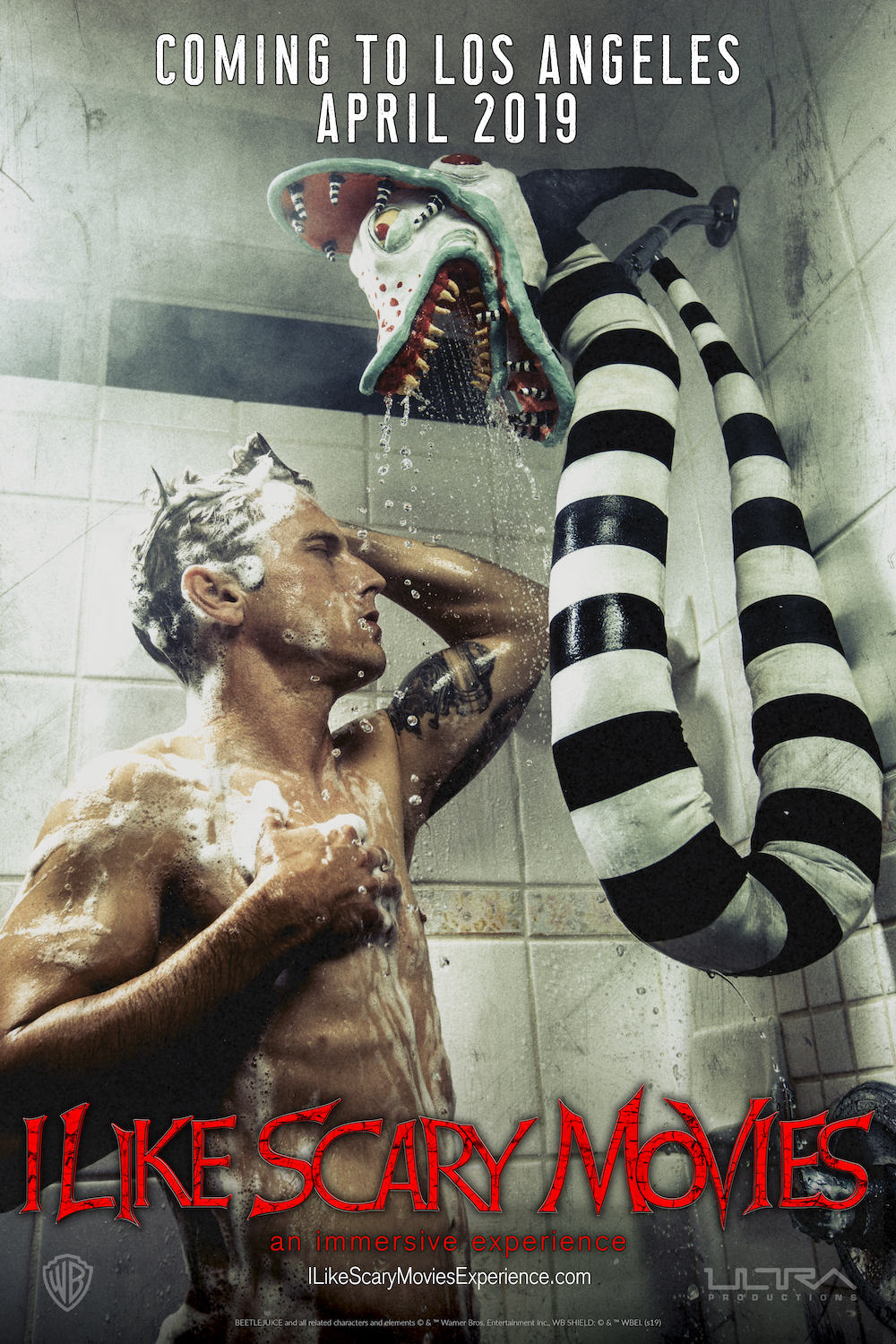 TAGGED: The Shining, it chapter one, Beetlejuice, A Nightmare on Elm Street, Horror Movies, The Lost Boys