5 Alternate Hulk Stories We Could See in the MCU - Nerdist

5 Alternate Hulk Stories We Could See in the MCU

Hey there–you should probably make sure you’ve seen Avengers: Endgame before you dive into this post about Hulk! We wouldn’t want you to miss out on one of the best surprises in the film. Now that we’ve gotten that out of the way, you may proceed if you wish.

Bruce Banner’s “Professor Hulk” persona was one of the most delightful surprises in Avengers: Endgame. This iteration of the character, created in the 1990s by Marvel Comics writer Peter David, combines the brawn of the Hulk with the brains of Bruce Banner.

But Professor Hulk isn’t the first version of the Hulk to retain his intelligence and the ability to punch a hole in a mountain. But now that we’ve been introduced to a verbal,  non-savage version of the Jade Giant in Avengers: Endgame, here are a few possible “smart” Hulk storylines the MCU could explore in the future. 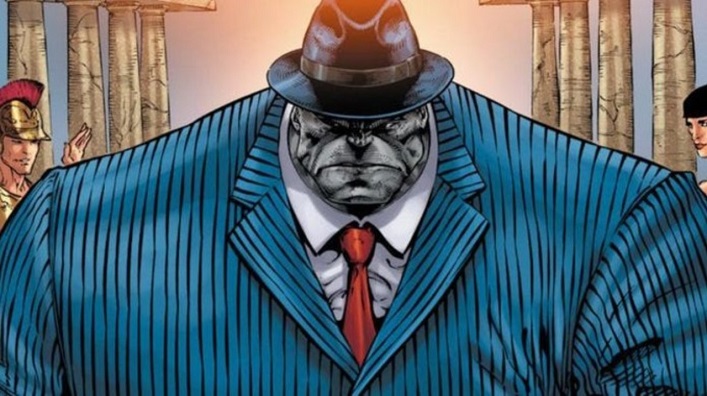 One of the more prominent alternate Hulks is Joe Fixit, also known as the Gray Hulk. Although the Hulk was originally gray in his very first appearance, Marvel quickly decided to make him green instead. But decades later, in the 1980s, a Gray Hulk re-emerged. This version is not as strong as the green one, nor as smart as Banner. He’s more like an an annoying teenager — snarky and obsessed with money and women. Though not completely immoral, he isn’t exactly a good guy, either. Now that Professor Hulk is less inclined to smash things, could the Gray Hulk show up to take over? 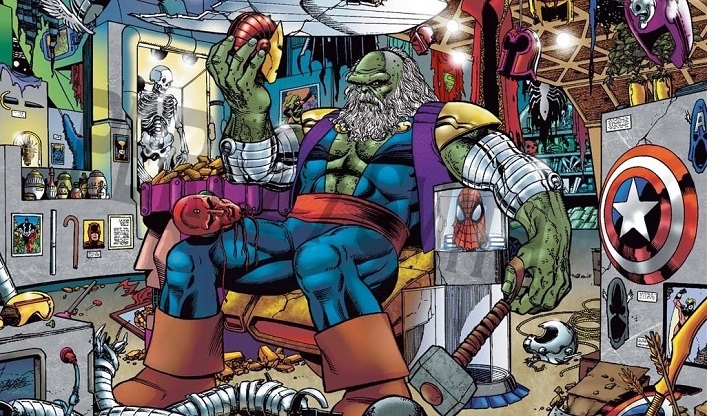 According to Kevin Feige, the MCU will be going in several different directions post-Endgame. If one of those takes us into the far future, we could meet one of the most controversial versions of the Green Goliath ever to see print.

In writer Peter David’s classic mini-series Hulk: Future Imperfect, a nuclear holocaust has destroyed our world sometime in the near future. The Hulk — in his intelligent state — is one of the only survivors. Ruling with an iron fist and calling himself the Maestro, Hulk rules the world as dictator. This, of course, leads present-day Hulk to go to the future and fight… himself.

Now that the MCU has introduced time travel and alternate realities, we could potentially see the Maestro turn up in future films. 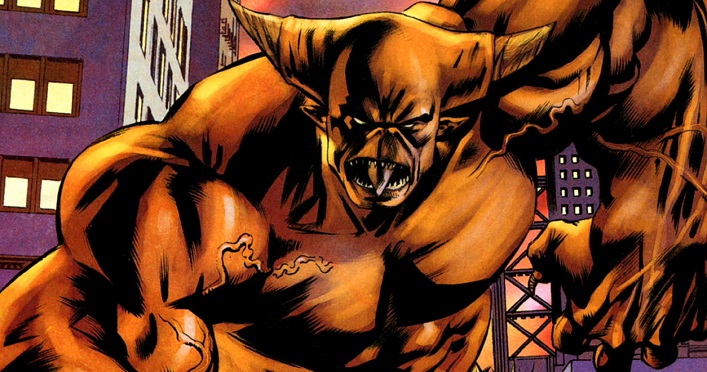 Thanks to the events of Infinity War and Endgame, Hulk has finally met Dr. Strange in the MCU. Now that we’re playing around with alternate timelines in the Quantum Realm, a much wilder Hulk could make an appearance.

In one of the comics’ alternate timelines, Bruce Banner becomes the Sorcerer Supreme instead of Stephen Strange. He then separates himself from the Hulk with magic and banishes him to Hell. There, Hulk gains demonic powers and transforms into the Infernal Hulk! He eventually escapes Hell and travels to the mainstream Marvel reality, where he and Big Green battle and, dare we say… raise hell. 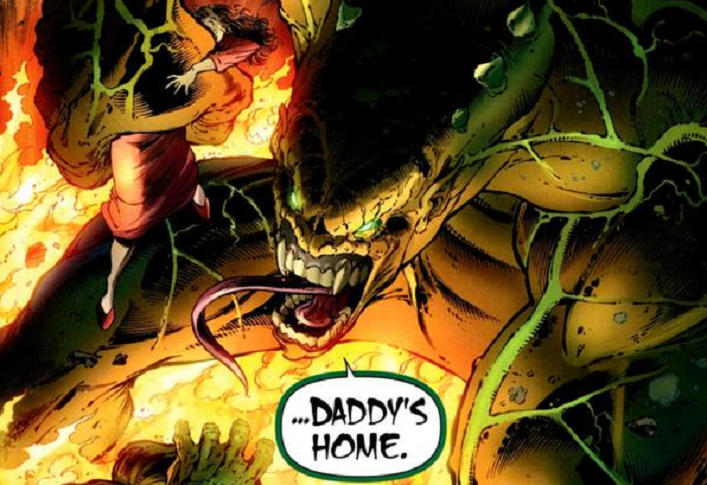 This version of the Hulk doesn’t exist in reality, only in the Hulk’s mind. But he’s still a brutal force that could take the big guy down, even from within. The original Hulk is a manifestation of the rage of a young child, while the Gray Hulk represents his pure ego. The Guilt Hulk, however, is a beast that represents Banner’s years of guilt over the people he’s hurt. Looking more like some form of lizard demon than the traditional Hulk we all know, he uses Banner’s brains to taunt him and drown him in his own guilt. If Hulk ever gets another solo movie ( or Disney+ series), we just might see Guilt Hulk use Natascha’s death to his advantage. 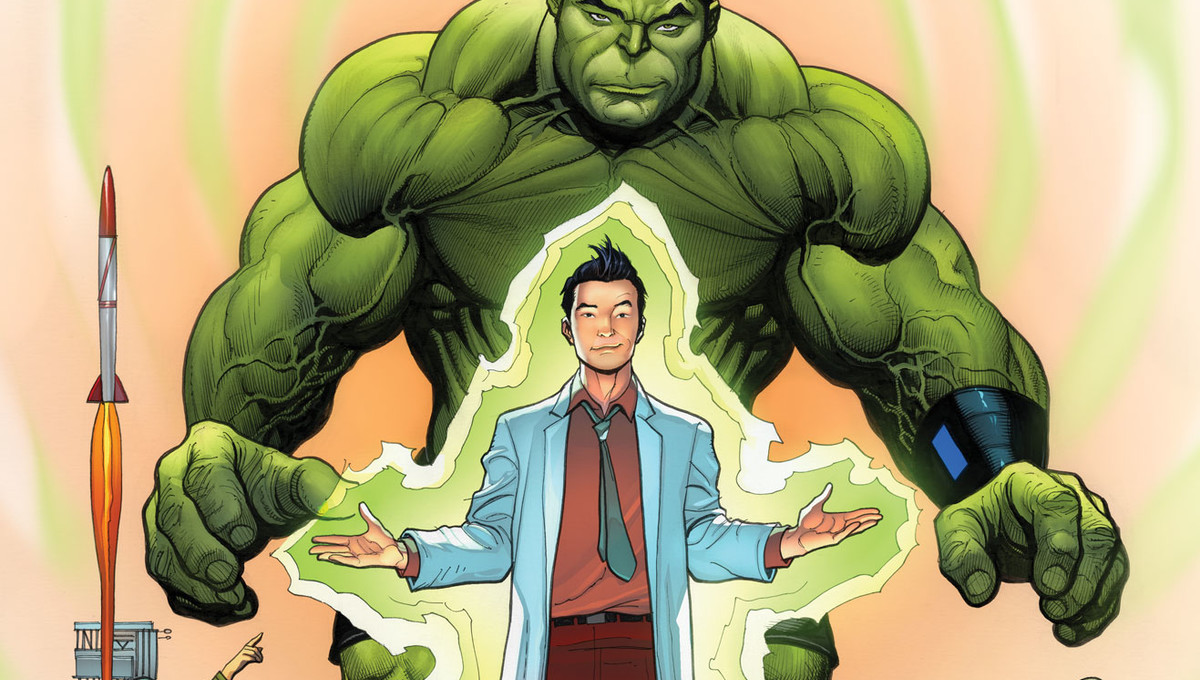 This one is a bit of a cheat, since it’s not actually Bruce Banner. Teenage genius Amadeus Cho is a good friend and ally of Banner’s, who saves the Hulk’s life by absorbing radiation off of him. Of course, he then becomes his own version of the Hulk, calling himself “the totally awesome Hulk.” Much like Professor Hulk, Cho retains his intellect in Hulk form. However, his rebellious teenage tendencies are amplified when he’s in his Green Goliath form. Although Amadeus Cho has not been introduced yet in the MCU, his mother Helen Cho was featured in Avengers: Age of Ultron, so maybe Amadeus will still appear.