The Hulk’s 5 Funniest Moments in the MCU

In the words of Stephen Strange, “ We’re in the endgame now.” As we approach what may be the final chapter of the MCU as we know it, we’re looking back at some of our favorite Avengers and their best moments. We’ve done Cap and Tony Stark, and next up is the Hulk.

Bruce Banner is one of the MCU’s earliest entrants, with his one solo film debuting a mere month after Iron Man. Of course, much has changed since then. Though we’re now used to Ruffalo Hulk, there was a time when he was just a sparkle in the cinematic universe’s eye. As he has so often been the heart of some of the most hilarious sequences in the MCU (both intentional and accidental), we decided to focus on Mr. Banner’s five funniest moments for this list. So, let’s start at the beginning…

Mmm… delicious? In the Edward Norton-starring 2008 flick, whilst the titular big green guy is on the run from the government, he becomes a mechanic in a soda factory. After cutting himself on the machinery, some of his gamma-irradiated blood ends up dripping into the soft drink below. Though Bruce insists that they stop the conveyor belt so that he can stop the Hulk infection from spreading (’cause that’s a thing, apparently), some green liquid finds its way into a glass bottle that ends up being sipped by other than Stan Lee himself in the film’s stinger. We couldn’t help but include this outrageous plot point that makes little to no sense and essentially turns Bruce’s unique Hulking power into an infectious disease. Plus, it’s just very, very silly.

The coolest cameo in the MCU 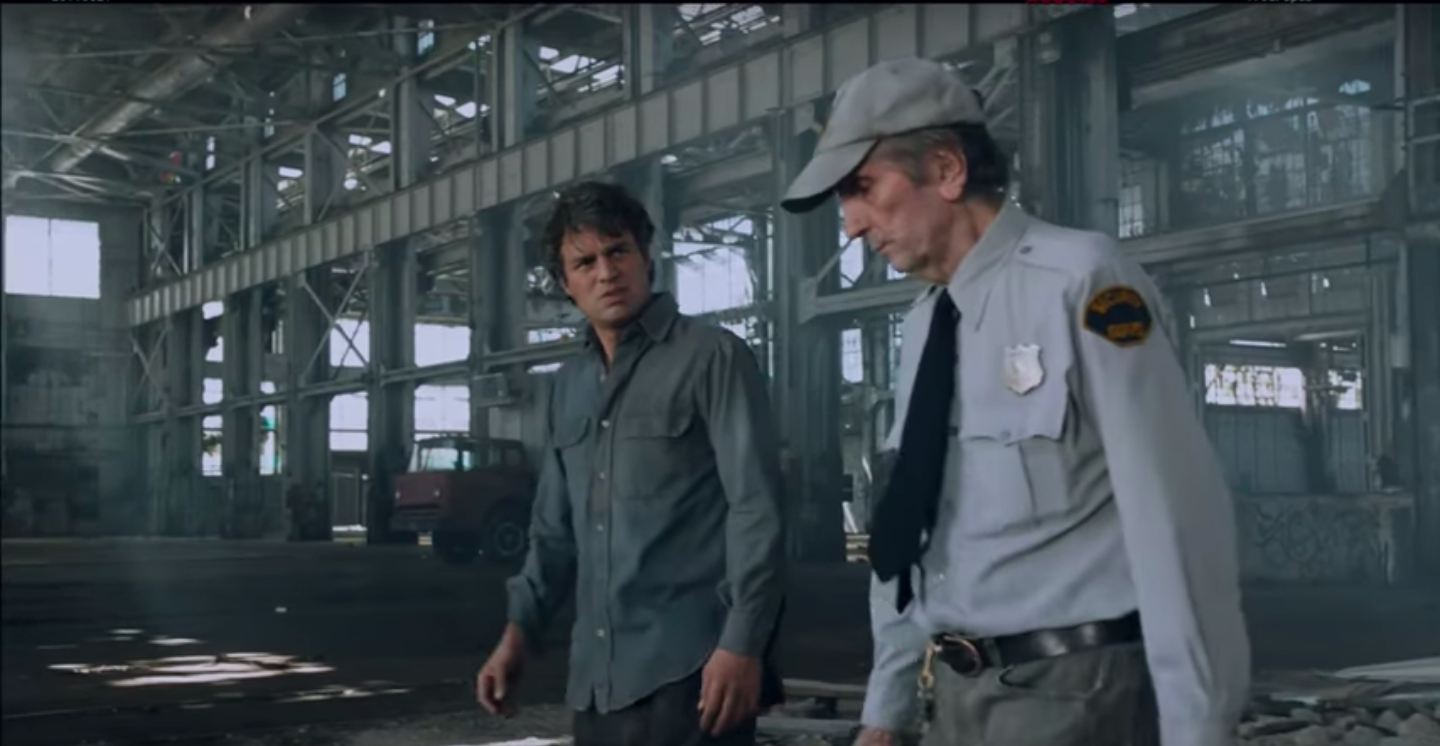 Harry Dean Stanton is nothing less than a Hollywood legend. Whether you know him from Cool Hand Luke, Alien, Fear and Loathing in Las Vegas, or Midnight Blue, he was one of cinema’s most impactful character actors. And he blessed the MCU with his unfathomable cool for a brief moment in the first Avengers film. After Bruce smashes down to Earth, he’s found by Stanton’s security guard, who delivers one of the funniest, driest, and best lines in the film: “Are you a big guy that gets all little? Or are you a little guy who sometimes blows up large?” Not only is it a great quip, but like the best jokes it delivers a gravitas-filled punch as Bruce replies, “I don’t even know.” The pair make the most of their very short screen time and it’s a joy to watch. 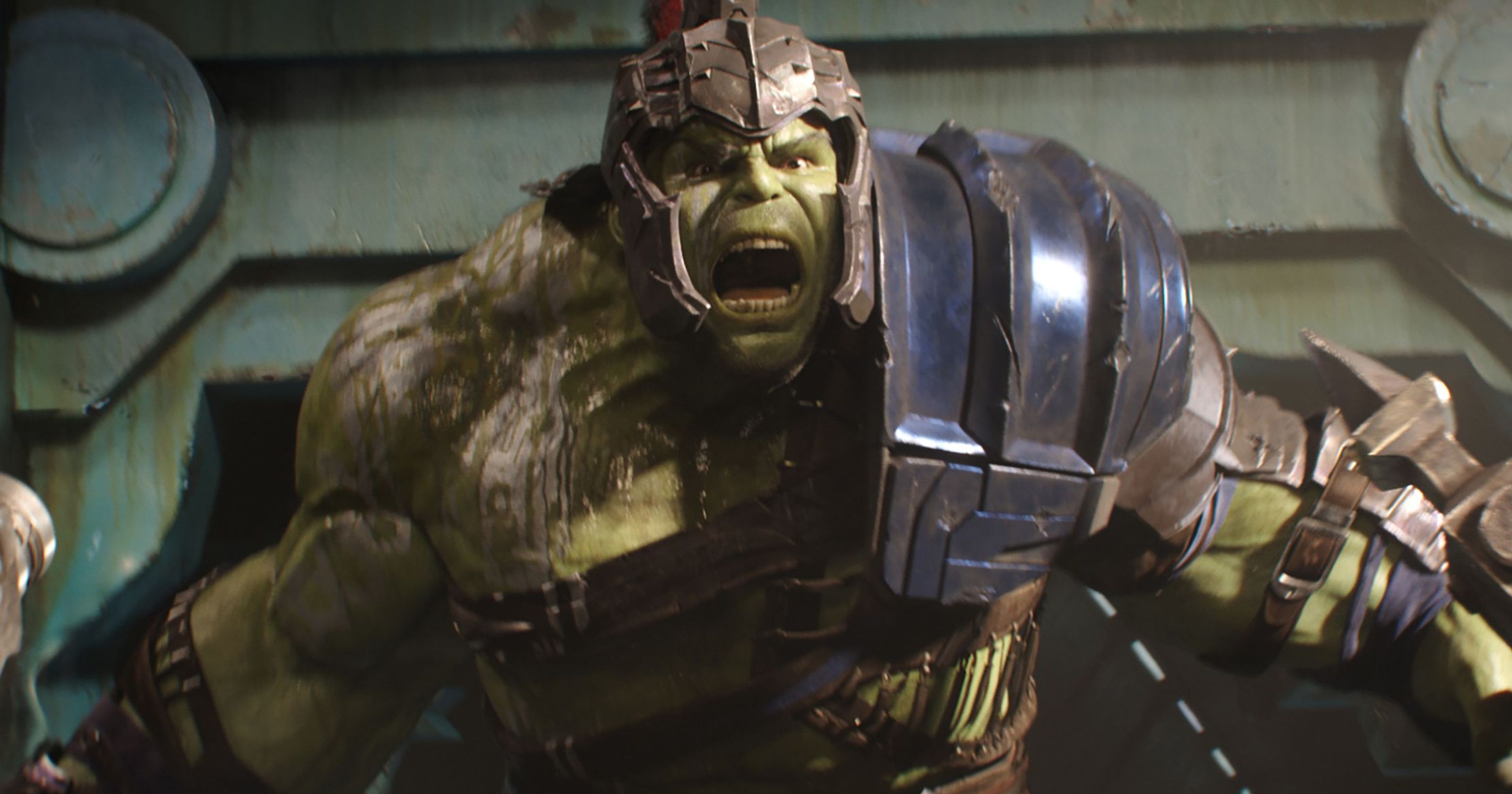 The credit for this one goes neither to Mark Ruffalo, who portrays the radical Champion of Sakaar, or Chris Hemsworth, who delivers the line so brilliantly. In fact, that gift was given to us by a sick young kid who visited the set of Thor: Ragnarok and, while the pair were filming the showdown in the Contest of Champions, yelled out, “Say he’s your friend from work!” It’s one of the best moments in the movie and still gets a laugh every single time. Not only does it showcase the comedic sweetness of Taika Waititi’s reinvention of Thor, but it has what’s easily one of the best backstories of any of our entries. Thanks, little guy. We appreciate your genius!

Hulk and Thor bond over their fiery passion

During his time in space, Hulk gained the ability to communicate in far more complex terms than just “Hulk Smash.” Hemsworth and Ruffalo play it to the max, with this exchange in Hulk’s chambers being an absolute highlight. After facing down against each other in the Grandmaster’s gladiator circuit, they spend the next morning catching up. When Thor attempts to bond with his old friend by saying they’re both just a couple of hot-headed fools, Hulk agrees whilst subtly shading his friend with, “Hulk like fire, Thor like water.” And when the cheery god tries to argue by saying, “We’re kind of both like fire,” Banner’s alter ego can’t help but retort, “But Hulk like real fire. Hulk like raging fire. Thor like smoldering fire.” Perfection!

Though this situation would go on to cause huge and potentially world-ending problems for Bruce and the Avengers in Infinity War, in this scene it’s played for laughs, and it works. Just as Surtur is about to pull down Asgard and kill all the Asgardians, Thor realizes he doesn’t need to save the place, just the people. As he rallies his Revengers, Bruce attempts to jump out of the plane and turn into Hulk in an attempt to help defeat Hela and her minions, but instead he just falls directly onto his face. It’s a good slapstick moment that holds a lot of weight post-the events of Avengers: Infinity War.

Though it seems like the tone will be a little bit darker in the upcoming Endgame, we’ll be able to see if Hulk offers up any more classic laughs when the 22nd MCU movie hits screens on April 26.

Science & Tech
A Huge Gamma-Ray Burst Hit Earth So We May All Be Hulks Now
Melissa T. Miller
2 MIN READ