Those of us who know the sting of a sibling’s slap to the head or cold gaze after making mom mad also know that battles and rivalries between blood are standard. Obviously this holds true for pretty much every other animilia on Earth as well. And, apparently, even for galaxies flying through the vacuum of space as the Hubble Telescope shows us in a new image of a triplet of galaxies “fighting.” 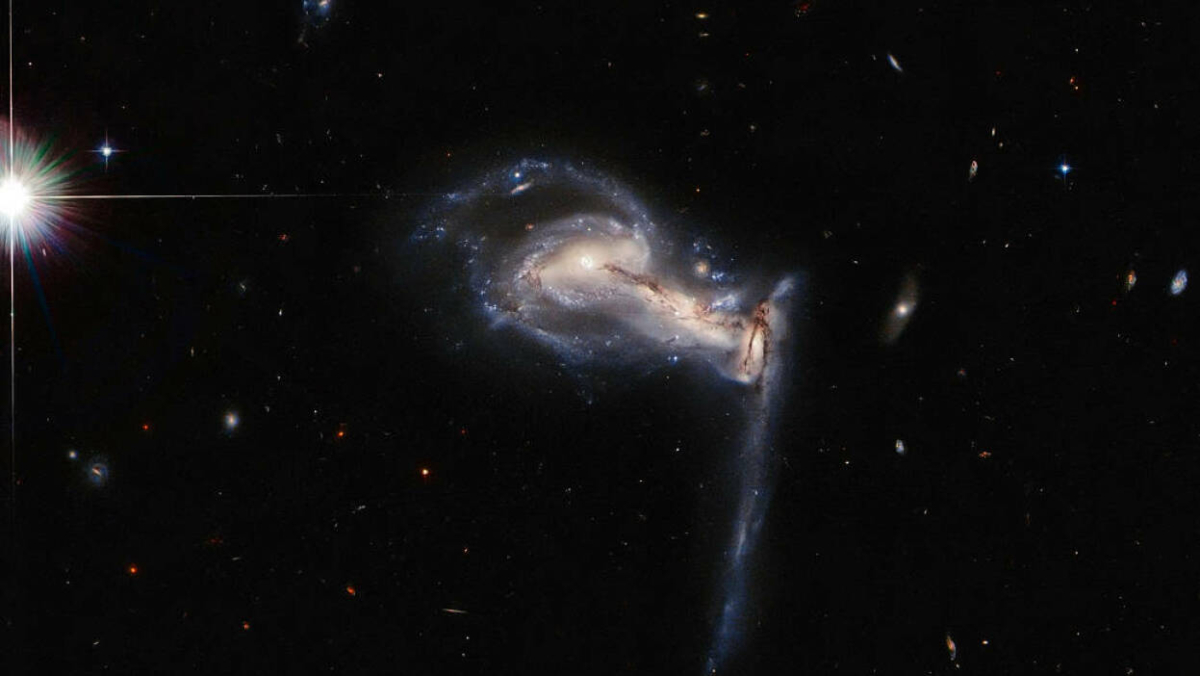 Mashable picked up on the above NASA image of the galactic “tug-of-war” that Hubble captured. Engineers from the space agency recently brought the iconic space telescope—still in orbit after three-plus decades!— back online. Although it’s unclear when exactly the space ‘scope snapped this particular image.

In the image, Hubble reveals a trio of galaxies in the constellation Lynx. The trio together are cataloged as Arp 195, and they’re approximately 763 million light-years away from Earth. Or roughly the same distance you’d like to have between you and your litter companion after they take the car out on a Saturday night without saying word one about it at dinner.

After the Hubble team successfully turned on backup hardware aboard the telescope, the observatory got back to work over the weekend and took these galaxy snapshots.

As NASA notes in a blog post on the photo, this galactic sibling battle stems from what else but gravity. The same fundamental force of nature that seems to loooove making black holes. Big giant ones that make us feel like specks of dust floating through an endless cosmic ocean.

For those wondering how “original” the top image is exactly, the answer is: kind of original. As Business Insider explains in an unrelated article, Hubble captures images in multiple wavelengths of light, including visible ones. But the images it produces are still in black and white (example immediately above). To get the kinds of rich colors in the image at top, experts apply color filters for different chemicals in the image. E.g. red for sulfur or blue for hydrogen. Or green for…envy.