The fastest-growing black hole ever observed has been given an approximate weight, and it tips the scale at 34 billion times the mass of the Sun. The researchers who’ve estimated its weight also say it continues to grow, devouring a Sun’s worth of matter per day. On top of claiming those mondo stats, the gorging monster may also help to unlock some key mysteries of the early universe. 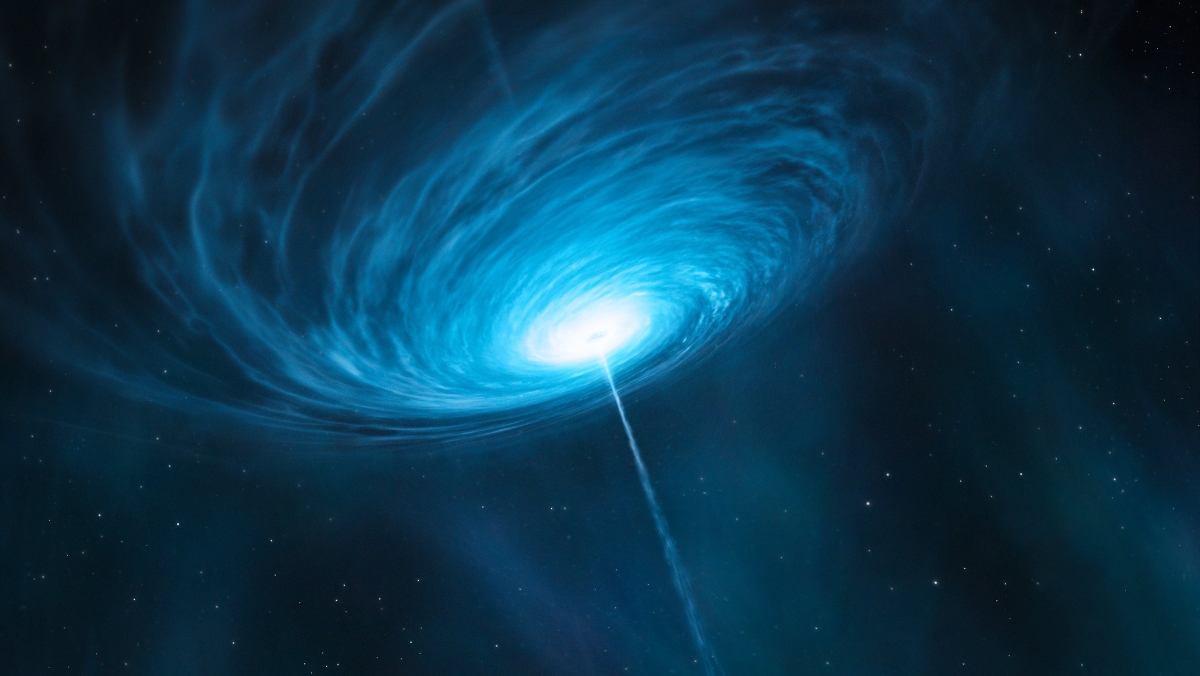 The “ultramassive black hole” (that’s literally a class of black hole), dubbed J2157-3602, was discovered in 2018 and given an initial weight of 20 billion solar masses—a solar mass is a unit of mass equivalent to the mass of the Sun. Since then, researchers have gone back and taken new measurements using the Very Large Telescope array in Chile. (Pictured immediately below.)

J2157 is “about 8,000 times bigger than the black hole in the centre of the Milky Way,” astronomer Christopher Onken of Australian National University told Science Alert. He added that “If the Milky Way’s black hole wanted to grow that fat, it would have to swallow two thirds of all the stars in our galaxy.” 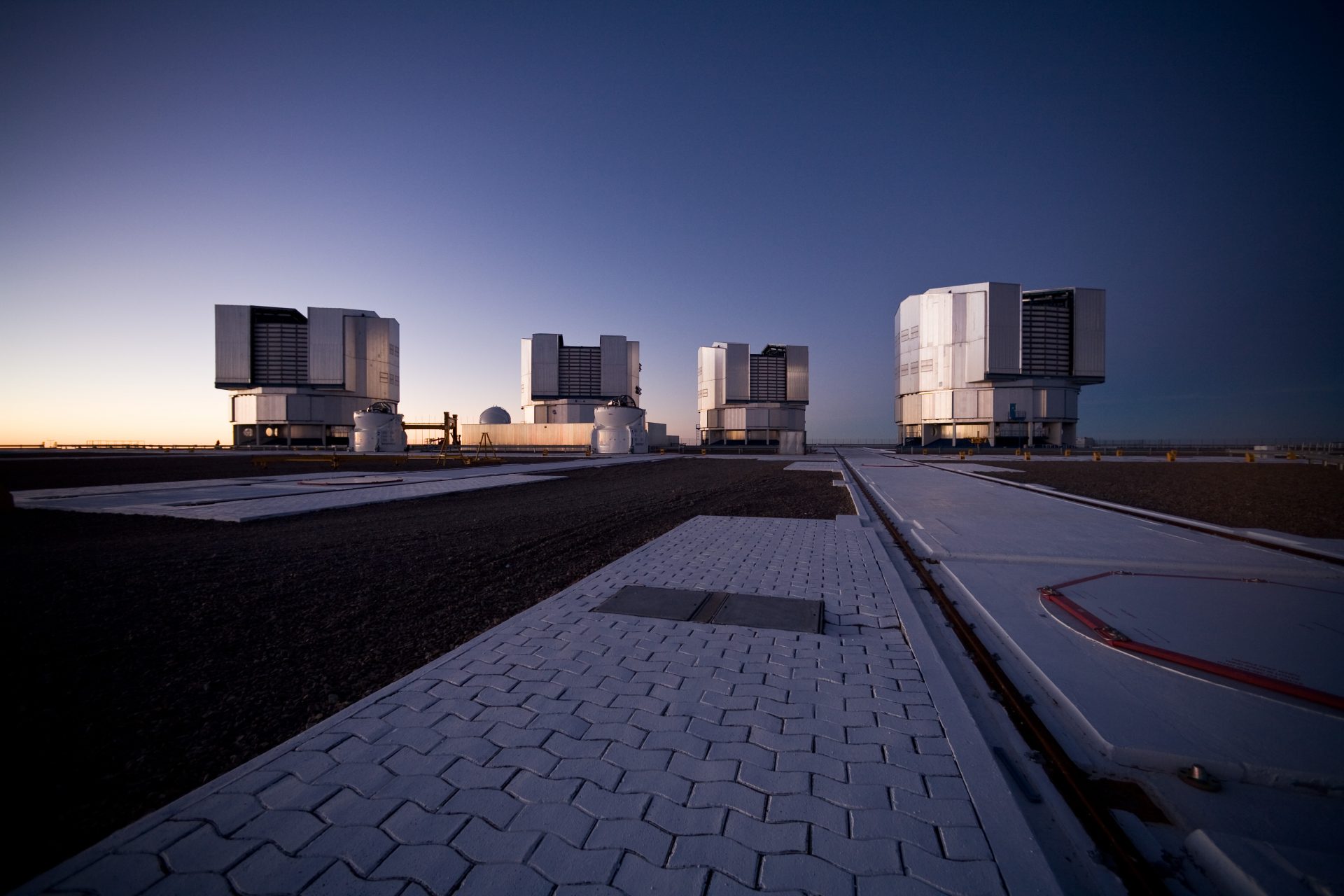 Onken and others described these new measurements in a paper recently published in the journal,  Monthly Notices of the Royal Astronomical Society. In the paper, which comes via ZME Science, the researchers say that the ultramassive black hole is, on top of being gargantuan, also the most luminous quasar in the known universe. A quasar—pictured at top—is essentially a black hole that’s actively pulling in gas and dust from a surrounding accretion disk. In other words, a “feeding” black hole.

Although J2157 is huge beyond imagination, it isn’t the most massive black hole we’ve ever observed. That title belongs to an ultramassive black hole powering the quasar known as TON 618, which is about 10.4 billion light-years away from Earth. That indescribably large light-swallowing beast weighs in at 66 billion solar masses. Below, for visual reference, is a comparison of all the differently sized black holes.

Like TON 618, J2157 is also astoundingly far from Earth. According to Science Alert, J2157 is some billions of light-years away. However, the measurement isn’t as exact as that for TON 618. J2157 can still help to illuminate the very early universe, however, when it was younger than 1 billion years old. Especially when it comes to gleaning information about the galaxy in which it resides.

“Is this galaxy one of the behemoths of the early Universe, or did the black hole just swallow up an extraordinary amount of its surroundings?” Onken asked rhetorically. Depending on the answer to that question, cosmological models explaining how the universe has grown over time could be altered. Right now, astronomers are still just trying to figure out how black holes can grow to be as massive as J2157 so early on in the universe’s existence.

What do you think about J2157 and its ability to swallow a Sun’s worth of mass every single day? Do you have any ideas as to how the ultramassive hole will change our understanding of the early universe? Let us know your thoughts in the comments!