Because cosmos-minded scientists are awesome, they continue to deliver unto the public exciting news. Including literal images of black holes. In one of the newest discoveries, researchers saw light from behind a black hole for the first time in history. Stanford University astrophysicist, Dan Wilkins, leads the team and the explanation for the phenomenon is downright mind (and light) bending. 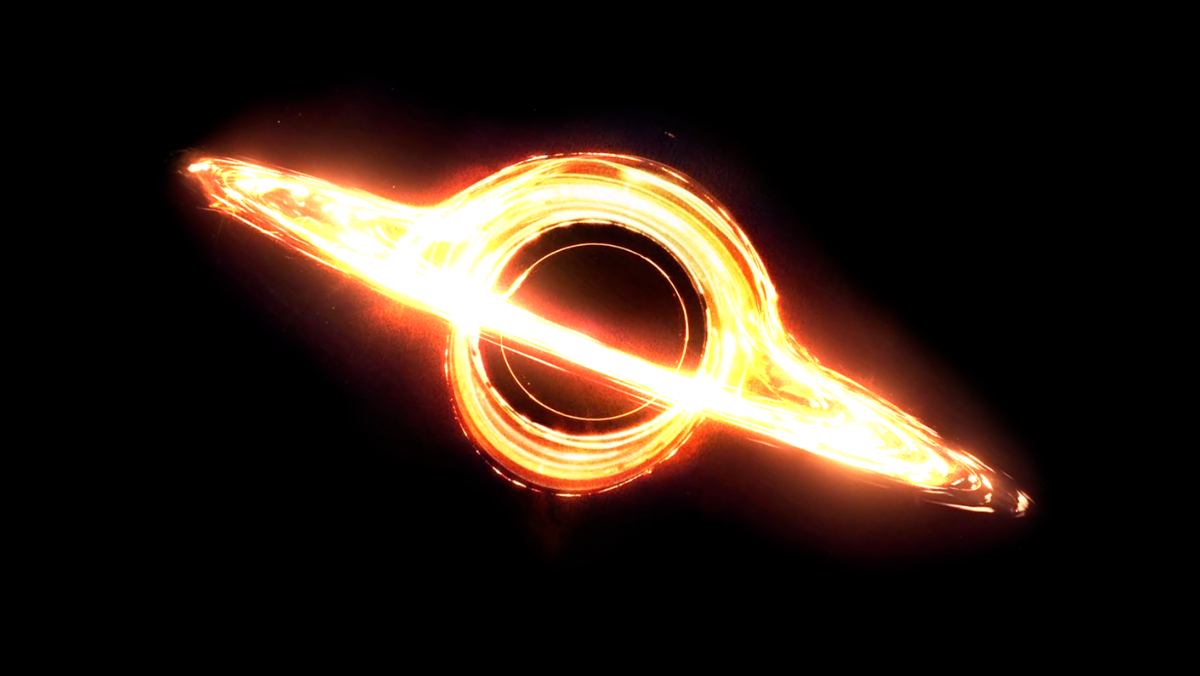 Wilkins and his colleagues outlined their discovery in a paper recently published in the journal Nature. Their original motivation was to learn more about a mysterious feature of certain black holes: coronas. As Stanford notes in a press release, a corona results from material falling into a supermassive black hole. It subsequently becomes a disk of ultra-bright plasma around it. The plasma, falling into the X-ray band of the electromagnetic spectrum, makes up the “brightest” continuous light sources. (Note: the image above is not from this study.)

Watching the supermassive black hole at the center of our galaxy, Wilkins observed an interesting pattern. Smaller flashes of X-ray light, ones that were smaller and different “colors,” followed a series of bright X-ray flares. After studying them, the team determined the smaller subsequent flashes were actually the same as the first. However, just more powerful. Instead, they reflected off the back of the disk of ultra-bright light.

Fulfilling a prediction of Einstein’s theory of general relativity, researchers have reported the first-ever recordings of X-ray emissions from the far side of a black hole. https://t.co/gQeN1YmstR

“I’ve been building theoretical predictions of how these echoes appear to us for a few years,” Wilkins said in Stanford’s press release. “I’d already seen them in the theory I’ve been developing. So, once I saw them in the telescope observations, I could figure out the connection.”

Indeed, Wilkins’ theory makes sense as it predicted what Einstein did as well. Meaning this observation is another confirmation of Einstein’s theory of general relativity.

As for why the ring’s light reflected in such a way so we could see it from behind the black hole relative to Earth? Well, that’s complicated. In essence, the reason we can see it is because the black hole is warping space, bending light, and twisting magnetic fields generated by the ultra-hot ring of plasma around itself. When the magnetic field snaps, it blasts off luminous X-ray light that the black hole bends with its gravity, allowing us to see it. You know, like a scene right out of Interstellar.

For the first time, astronomers have seen light coming from behind a #blackhole!