“What order are you going to show the Star Wars movies?”

Among nerd parents, introducing Star Wars to younglings is a topic fraught with debate. So many options exist: release order, episode order, original trilogy only… And then there’s the Machete Order. This method preserves the cliffhanger in The Empire Strikes Back while using prequel films (only Attack of the Clones and Revenge of the Sith, as the Machete Order dismisses The Phantom Menace as an unnecessary prologue) for a flashback answer.

When our daughter was born in 2014, this was a central concern to our nerd indoctrination. We raised her with a soft introduction to Star Wars: plushies, picture books, the Forces of Destiny shorts—all screened for spoilers. Then, when we felt she was old enough to follow the story and characters for an emotional journey rather than just throwaway fun (around five years old), we decided on the Machete Order—with our own tweaks. This necessitated effort, patience, and planning, but it paid off.

On a Saturday night with pizza in hand, those blue letters came on the screen. A long time ago in a galaxy far, far away… And then we were off and running. Kiddo already knew the droids, Chewbacca, and Leia but came in cold to everything else. The first act’s slower pace act gave us space to explain details. And by the end, she sat in front of the TV in a makeshift X-wing cockpit. 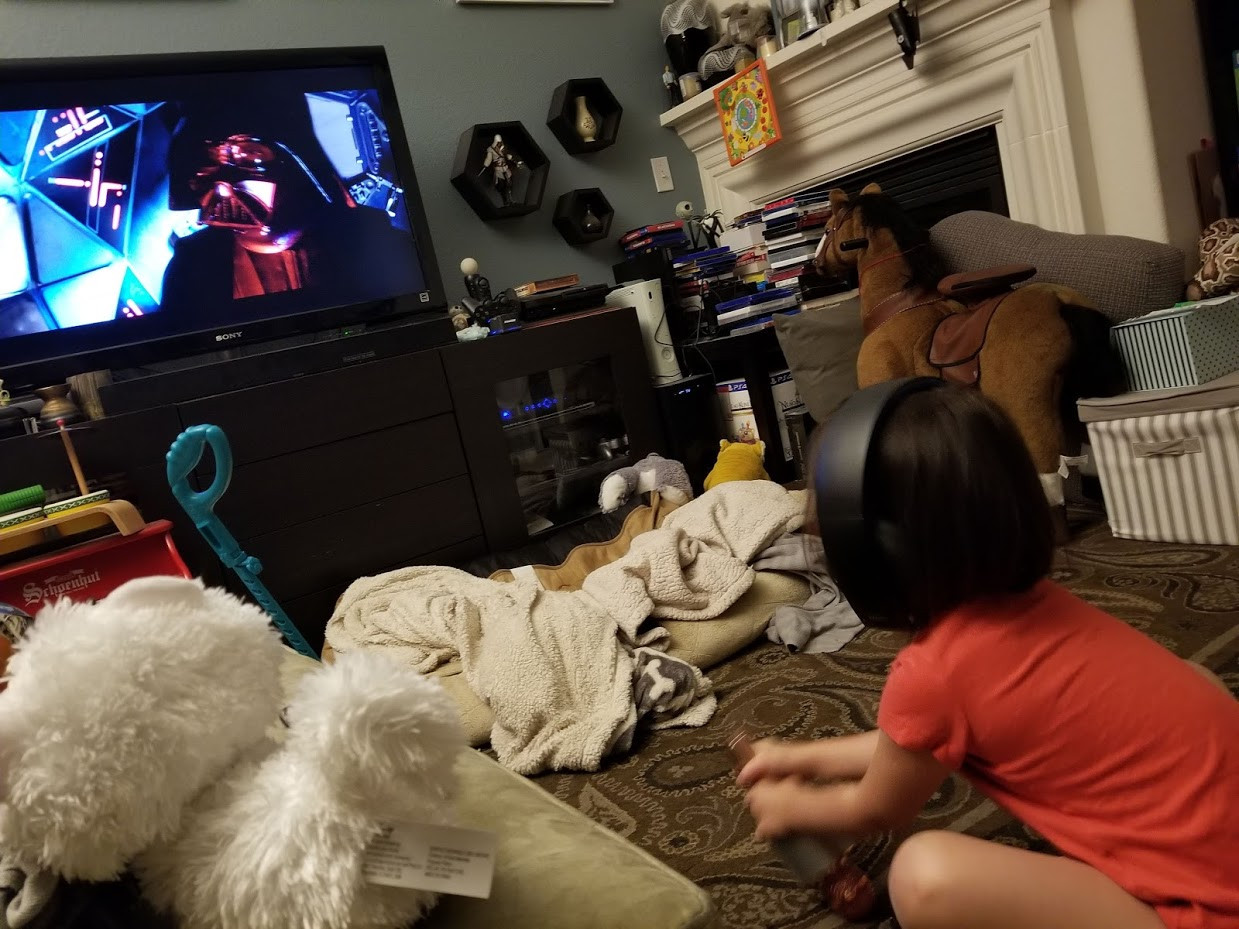 It won her over, but we still watched it extra times to reinforce the worldbuilding and characters (names were hard for her). When we felt she had a good grasp, we loaded up The Empire Strikes Back and braced ourselves. Despite the more mature tone, our foundational effort worked: we got through it with rapt attention (Snowspeeders! Asteroids! Yoda!) and only a little bit of fear at the carbon freezing scene.

Then came the big moment: Vader and Luke had their exchange. She met this with stunned silence. This required a second viewing of that scene, and as soon as it ended, her continued quiet prompted a short discussion. As the emotional crux of the Machete Order, we really wanted to properly set her up for the rest of the experience. I broke it down into very simple terms:

“Obi-Wan said Vader killed Luke’s dad. Vader says he is Luke’s dad. One of them is lying. Who do you think it is?”

After several seconds of intense thought, she replied purposefully. “Vader is lying. Why would Obi-Wan lie?” 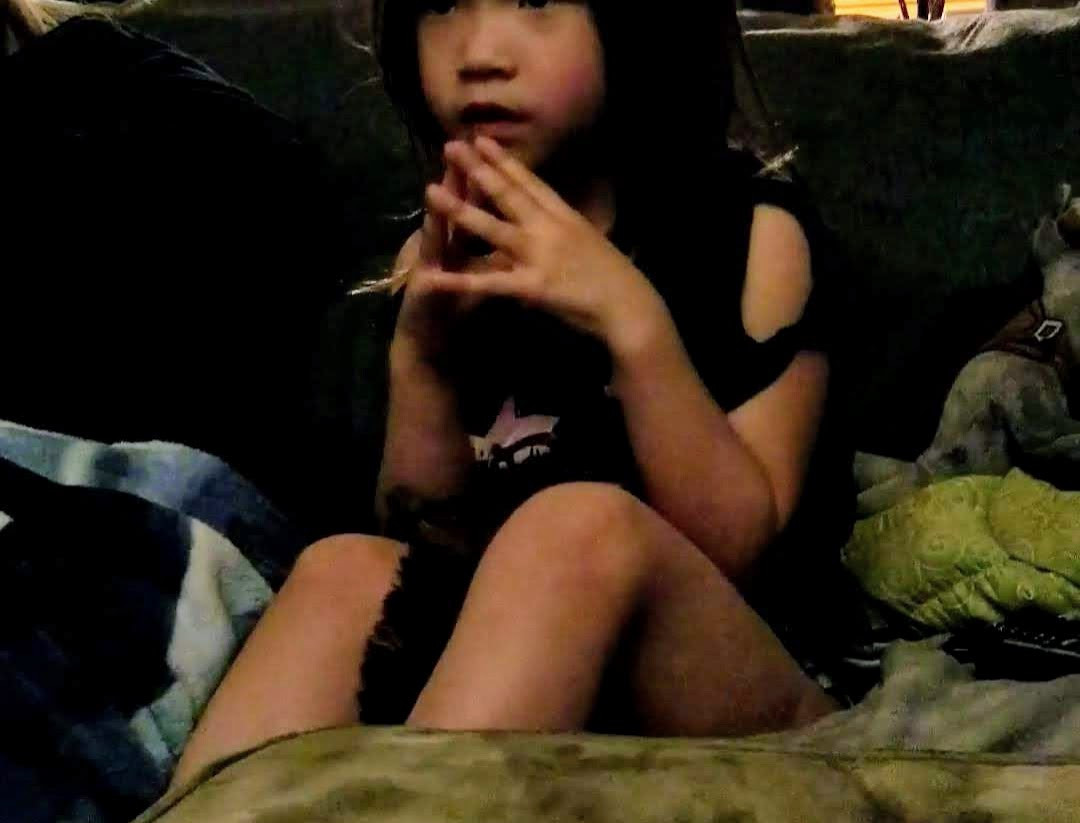 We then told her that we would watch the movies about Luke’s dad to discover the truth. The concept of an extended flashback was a little hard for her to grasp, so The Phantom Menace required some continuous reminders that this was Luke’s dad Anakin and young Obi-Wan (“when he was very handsome,” my wife added).

Perhaps the most surprising thing about The Phantom Menace as a parent is how much it works for kids. All of the jokes and Jar Jar antics that grated on me worked for her, and that shared experience made it much more enjoyable. Our living room soon had a podracer built from boxes, so it clearly connected with her. And though Darth Maul was a teeny bit scary, she still said he was “really cool.”

Following that, we once again posed the “who is lying?” question. She was still firmly convinced that Vader lied, because Anakin was a good kid.

When we started Attack of the Clones, the film’s uneven pacing caused some fidgeting, particularly during the Naboo scenes. Some plot points needed explanation, so we’d pause to discuss. Her main takeaways: Padmé is great, Yoda is great, maybe “that old guy” (Dooku) is Vader, and “Who is that villain wearing the hood all the time and how can he see?” Also, she accurately nailed it when she said “Anakin is being a dramatic teenager.”

At this point, we wanted to build on the Obi-Wan and Anakin friendship as well as Padmé before Episode III. Thus, we used episodes of The Clone Wars (“Trespass” and “Hostage Crisis”) to strengthen her bonds with these characters. Note that we did not mention Ahsoka—no need to complicate things.

With Revenge of the Sith, the film’s intensity was worrying, but she insisted on knowing Vader’s identity and said we could cover her eyes during the scary parts. The opening act mirrored The Clone Wars episodes, so she eased into it. Palpatine’s machinations were a bit too subtle for her, but when Anakin confronted him, she locked into the story. Because she connected the dreams about Padmé to Shmi’s death, her entire motivation as a viewer was “save Padmé.”

That led to Mace Windu’s confrontation, and in one of the most unexpected moments of our viewing experience, she yelled “STOP IT” at Mace igniting his lightsaber. She wanted Palpatine to live only to save Padmé. Her innocence and connection to the characters swayed her the same way Palpatine convinced Anakin.

When Palpatine dubbed Anakin as Darth Vader, she was still not convinced Anakin could be that Darth Vader. After all, he didn’t have the suit. And with everything he did (I don’t think she understood the younglings scene, thankfully), he was doing it all to save Padmé. We had to pause and explain that the dark side grows stronger when you act meanly, which explains Anakin’s downward spiral.

Things got rough from Mustafar onward. Beat after beat gave our daughter something new to be upset about: from “you turned her against me,” to the immolation, to Padmé’s death (that did not go over well). But there was also the big surprise of Leia, which she did not see coming. By the end, the film’s dark tone shook her, prompting “That is the worst movie I have ever seen, why would anyone make a movie that feels so bad.”

To bring her back, we immediately turned on the last part of Empire, starting with the Luke and Vader confrontation. As she watched, the context of everything clicked into place. During bedtime that night, the magic of the Machete Order really shone through: she asked if Anakin could be saved. The next night, we watched Return of the Jedi and all of the relationships had a much greater context and emotional weight to them. She cheered when Vader picked up Palpatine—and not just for the original trilogy’s Vader but for the Anakin Skywalker, who she formed a bond with. The film rewarded her with Hayden Christensen as a Force ghost.

That night as she took a shower, she drew in the steam on the shower door. As a parent, this normally irks me, but I saw two hands surrounding a heart. Each hand had a lightsaber above it. I asked her what the drawing was about. She said it was Anakin and Obi-Wan because they were friends again. 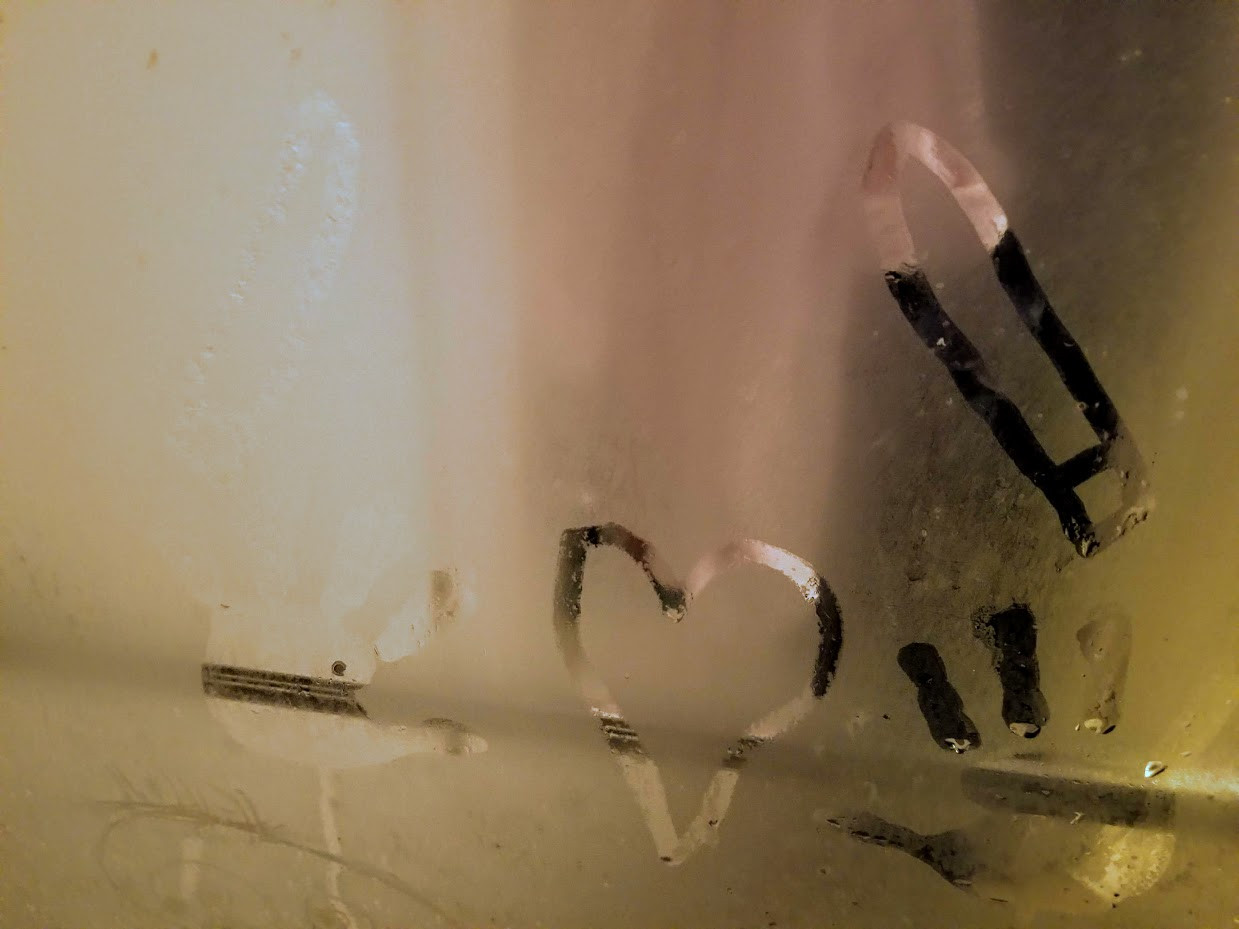 So yes, you could call this experiment a success. It took effort, but ultimately paid off. From here, we felt like the whole franchise was open to explore. You could sense her ties to the characters grow with each film. This order has opened up thoughtful discussions as she asks the right questions: “why didn’t Obi-Wan say anything to Anakin?” and “why does Palpatine want to control everything?” It heightened the franchise’s natural morality play in a way that went beyond the original trilogy, especially for a young child.

And now we’re at a juncture where we can pick and choose our next steps. We’ve watched more of The Clone Wars and The Force Awakens. Not surprisingly, she loves Ahsoka and Rey.

But one moment from The Force Awakens shows the emotional depth of the Machete Order on a child who doesn’t care about the films’ release dates, Disney’s purchase of the Star Wars franchise, or CG effects. When the camera panned to the burnt mask in Kylo Ren’s chambers, she asked, “Why does he have Anakin’s mask?”