How the Different Eras Manifest In 'Star Trek Adventures' - Nerdist

How the Different Eras Manifest In ‘Star Trek Adventures’

One of the greatest parts of Star Trek is how it is able to be smart, thought provoking science fiction, regardless of the universe’s timeline. In its 546 hours of content, we’ve been witness to the mid-22nd century, all the way up to the late 24th century. Star Trek Adventures, as a game is really interesting because its rules allow for you to pick ANY of these points in time for your adventures. So whether you choose to have an adventure in the late 22nd century or whether you hit a temporal anomaly and have to get back to your timeline, Star Trek Adventures can handle it but be prepared for a few differences. 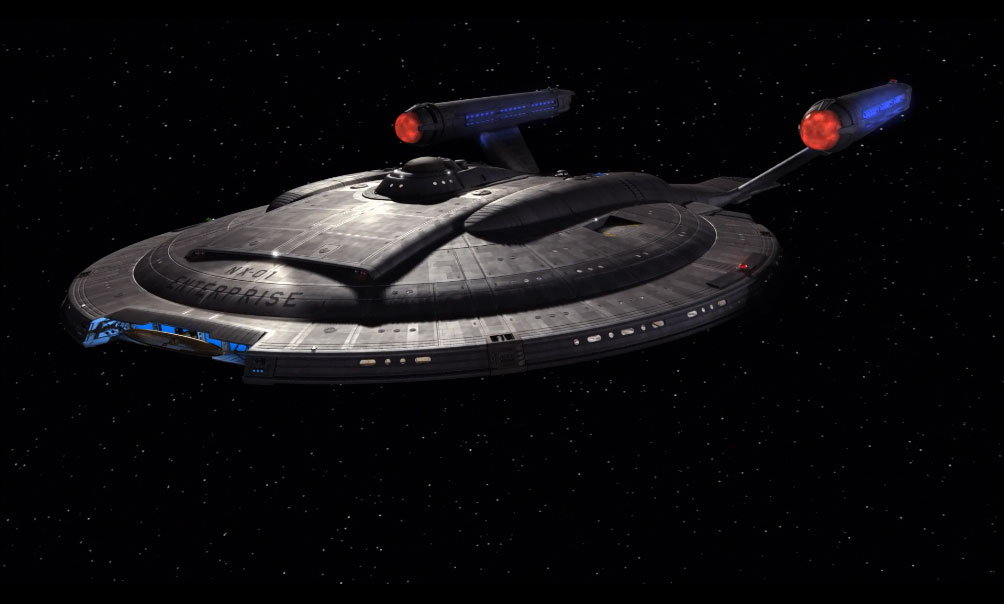 The big difference when it comes to the temporal timeline is the availability of equipment between the Enterprise era and everything that came afterwards. There is a significant technology gap. For ships, warp speed is capped at 5, and shields don’t really exist (polarized hull plating is the precursor to shields). If you are looking for an example of technology that is the same, like their 24th-century counterparts, surge protectors don’t exist with hits to a ship’s shields (or polarized hull plating) causing panels to explode. You’d think most of the engineering personnel would spend a ton of time re-flipping breakers.

Personal equipment is likewise lagging. Tricorders don’t yet exist, the universal translator is neither of those things, and phasers haven’t been invented. Instead, you get communications officers like Ensign Sato, recorders for scanning, and phase pistols.

The races you can select, or even encounter, in the timelines of Star Trek vary greatly. After all, first contact with the Vulcans occurred in 2063, and they were a long time warp capable culture at that point. For this reason, some races who are Star Trek staples might have been protected by the Prime Directive and there is no reasonable reason you would encounter them.

In the Enterprise timeline, player characters can only be chosen as Andorian, Denobulan, Human, Tellarite, or Vulcan. Likewise, Ferengi, Borg, or even the Dominion will be absent as first contact with all of those races didn’t take place until the 24th century. And even though space sail boats were journeying from Bajor to Cardassia Prime, centuries earlier, it’s safe to say that the Federation was unaware of them.

The interesting angle for this era comes from the conflict. Enterprise era adventures should be focusing heavily on first contact and diplomatic missions. While Starfleet is aware of the existence of Romulans, first contact with them does not occur until the Orginal Series era and so, the looming threat should definitely come from the Klingons. Remember, the first Federation/Klingon war will not happen for 100 years but there is bound to be tensions present in this era.

Technology in the Original Series era will be functionally the same as those of more Borg flavoured timelines. The difference in technology between the Original Series and the shows of the 24th century is in refinement, aesthetics, and sometimes portability. Phasers exist but they get smaller. Tricorders get smaller. Communicators go from being hand held to being integrated with the comm badge. The biggest proof of this point has to be the Excelsior class. Coming into service in the 2280’s (Original Series movie era), and still being heavily used during the Dominion War.

With the events of the Original Series taking place a little over a century after Enterprise, the most notable change is the ability to play a Trill as a playable character. A lot of the iconic events of the Trek universe take place much later in the timeline so the primary villains should definitely stay in the realm of Romulans and Klingons.

These two iconic villains should be central as the adversary for all of your OS adventures. Official first contact with the Romulan Empire occurs in this timeline, as does the first Federation/Klingon war. Adventures can be heavily involved with Romulan intrigue (it’s safe to assume the Tal Shiar were skulking about), or even throwing your ship into direct battle with the Klingons.