CBS All Access is going on yet another adventure into the final frontier. And it’s taking some familiar faces along for a journey through the franchise’s past. The streaming site has announced a new prequel spin-off based on characters from season two of Star Trek: Discovery. The show will explore the years Captain Christopher Pike was in charge of the U.S.S. Enterprise, a decade before Captain James T. Kirk took command of the ship. The new series, titled Star Trek: Strange New Worlds, will also explore the early years of another crew member who made the Enterprise so famous: Science Officer Spock will be along for the ride.

The newly announced series, starring fan favorites of Discovery‘s second season, will feature Anson Mount as Captain Christopher Pike, Rebecca Romijn as Number One, and Ethan Peck as Science Officer Spock “as they explore new worlds around the galaxy.” The show will follow their adventures ten years before the time period before Kirk was named Captain.

Akiva Goldsman (Discovery, Picard) wrote the series premiere based on a story he wrote with Alex Kurtzman and Jenny Lumet. Goldsman will remain on as an executive producer and “a key part” of the show’s creative team. Kurtzman and Lumet will also serve as executive producers, along with Henry Alonso Myers, Heather Kadin, Rod Roddenberry, and Trevor Roth. 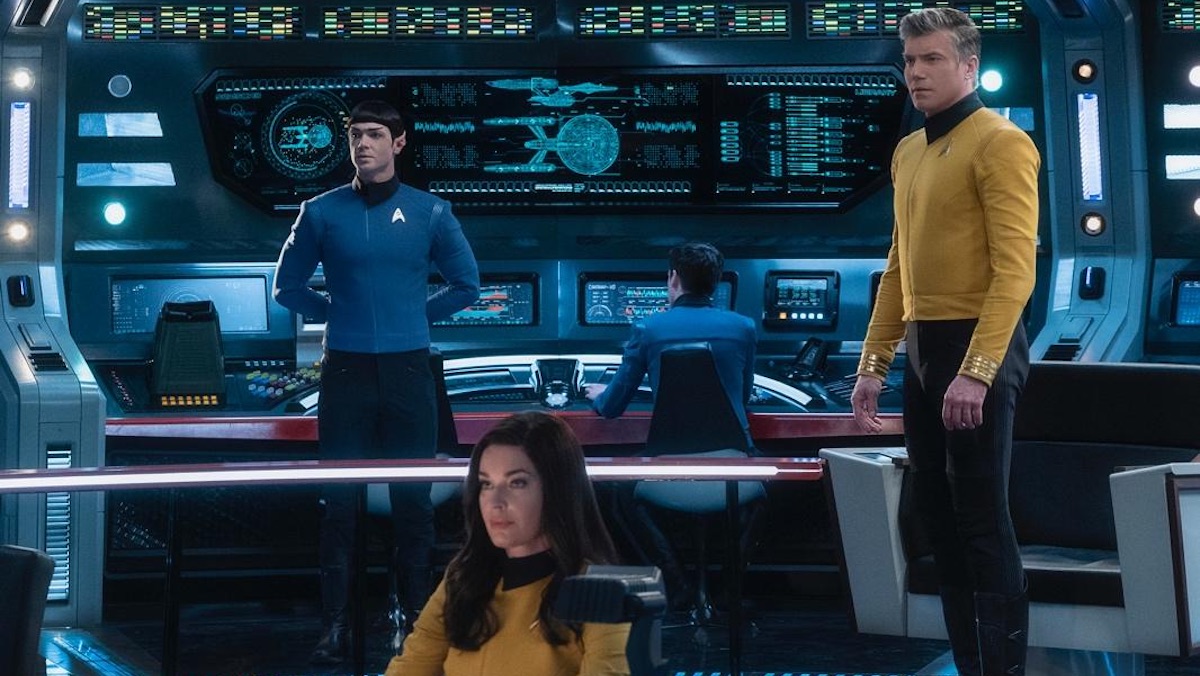 Strange New Worlds is the latest project in a growing list of Star Trek projects. In addition to Discovery and Picard, the upcoming adult animated comedy Lower Decks is in production at CBS All Access. Meanwhile, a children’s animated series is being developed at Nickelodeon.

That’s a lot of Star Trek. But if any franchise can handle that many stories it’s this one. Space is the final frontier, and there are so many strange new worlds to explore. Even for old characters.