How Disney’s ‘Real’ Lightsaber Could Work

Disney Parks held a press event recently to share an update about Avengers Campus at Disneyland Resort’s opening date. At the end of the event, Disney Parks, Experiences and Products chairman Josh D’Amaro revealed a special tease: a “real” lightsaber. While I did attend this virtual press event I had looked away because it sounded like a business-as-usual wrap up. Then I saw other reporters sharing reports of the lightsaber on Twitter. D’Amaro pulled out the lightsaber, turned it on, and said, “It’s real.”

The blade extended from a hilt like the lightsabers we see in Star Wars. But presumably without the ability to slice anything or anyone into pieces. Attending reporters weren’t permitted to record the press event so no footage of this lightsaber exists. Yet. 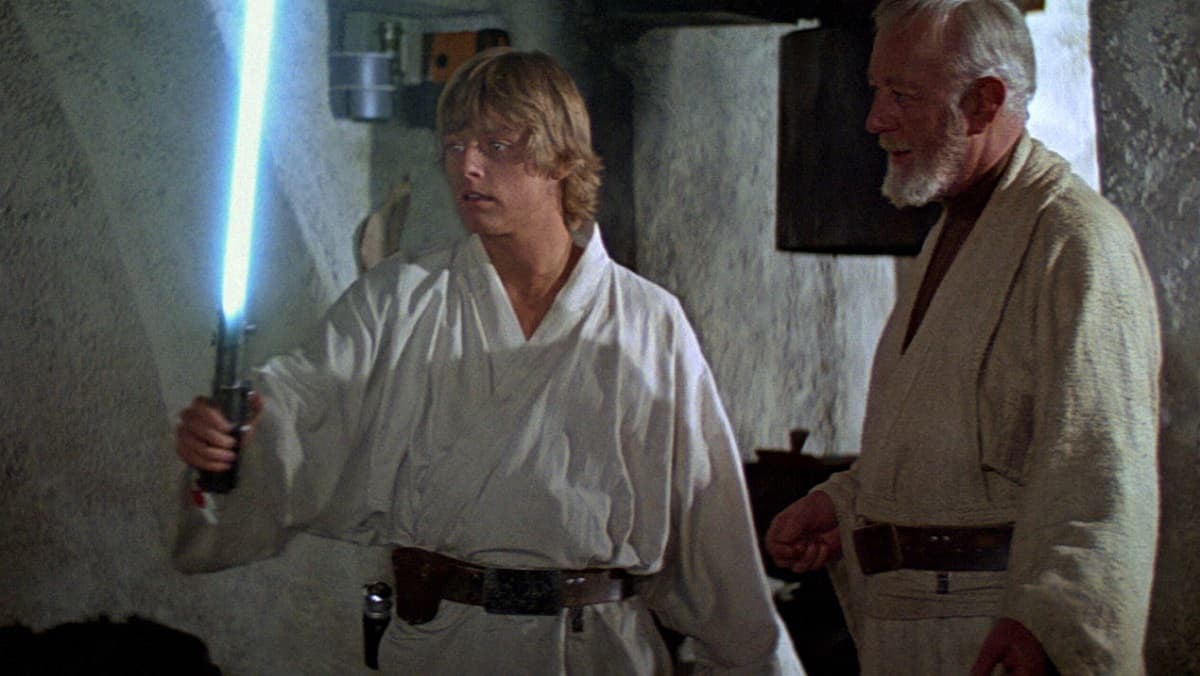 Walt Disney Imagineering portfolio creative executive Scott Trowbridge confirmed after the event that the lightsaber was real. Not CGI. Disney’s not sharing photos or video yet. A Disney official told me the project is in early concept exploration. The lightsaber represents the creativity of Walt Disney Imagineering Research and Development. It’s not ready for theme parks yet but perhaps one day. For now D’Amaro was really just showcasing the possibilities.

A lot of questions today about whether the lightsaber that Josh D'Amaro revealed today was real or CGI, and, whether I'd share photos or video.

Yes it was/is really real, and..... not yet. #Bringingagalaxyfarfarawaytolifehttps://t.co/lMc964tn8Y

And while various companies, licensed and otherwise, make some gorgeous replica lightsabers—including Disney—none of them capture the retractable nature of the ones in the Star Wars galaxy. Ahead of the opening of Disney Parks’ Star Wars: Galaxy’s Edge, Disney reportedly filed a patent for the most realistic version of a lightsaber yet. The most simple way to explain the patent is that the inside of the hilt houses a motorized tape measure of sorts that is wrapped around lighting.

After Disney’s “real” lightsaber reveal, VR/AR/web developer Ben Ridout looked back at that patent (which we saw at The Verge). He created an animation demonstrating how the lightsaber might work. He used a tape measure to illustrate the mechanism. Essentially, you’d push a button to raise a cylinder and, tada, you have a lightsaber.

It won't melt through metal blast doors, or cut off your hand, but it does feature an illuminated blade that will extend and retract at the push of a button.

This animation shows the concept behind the tech. pic.twitter.com/e7fwP06CxF

Next, widen the tapes and increase the curve, allowing them to partially wrap around each other and form a complete cylinder. Drive this system with a motor so both reels can be extended and retracted in synch at the push of a button. Now, you've got a lightsaber! pic.twitter.com/B3lLMmclDN

We’re obviously boiling this down to basics. Innovating this technology when we’ve had decades of not quite authentic lightsabers is a huge step. And we hope Disney unveils this in the near-ish future. After the last year, don’t we all deserve the coolest possible toy?