DUNGEON MAYHEM's Hoots McGoots Is the Hero We Deserve - Nerdist

DUNGEON MAYHEM’s Hoots McGoots Is the Hero We Deserve

When you’re itching for a free-for-all Dungeons & Dragons monster battle but your regular group isn’t around, all you need is a little Dungeon Mayhem! Dungeon Mayhem: Monster Madness is the latest expansion for the battle card game from Wizards of the Coast. Not only can up to six players now join in the battle, the colorful characters introduced in the new edition are immediately lovable. 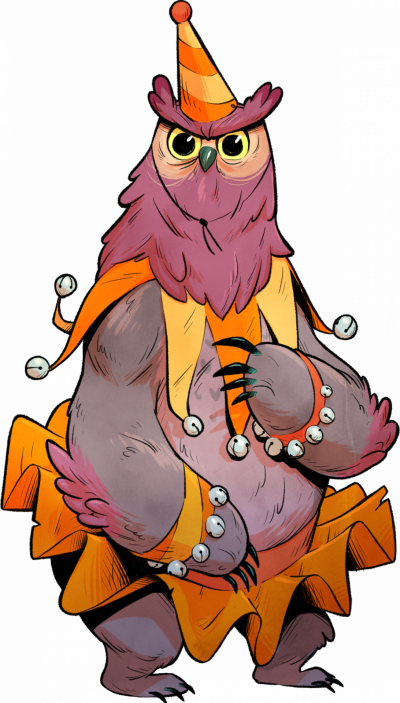 Just look at that guy and his jaunty little hat! Hoots McGoots is a famous circus performer with his own agent and very own fan club, and we are charter members.

If that adorable image alone doesn’t sell you on this competitive card game (and we think it should), let us tell you a little more about why it makes a raucously fun addition to your next game night.

Dungeon Mayhem is a card battle that pits players ages 8 and up against one another as they attempt to knock each other out of the game. Each player chooses the deck of a personality-packed character, who wields unique abilities for both attack and defense, and gets ready to do some damage. The last player standing at the end of the game is the winner. Let Geek & Sundry’s Becca Scott teach you how to set up the table and play in this quick tutorial.

On each turn a player draws a card, plays a card, and then places the used cards in a discard pile. The object is reduce your enemies’ hit points from ten to zero by attacking, defending, and using cards that allow you to play again, draw, heal, and more to your advantage.

Monster Madness not only adds Hoots McGoots, circus performer and daredevil owlbear (did we mention his cute hat), you can also choose other boisterous baddies like the mesmerizing beholder Delilah Deathray, a fancy red dragon gentleman named Lord Cinderpuff, a gelatinous cube who just wants hugs called Blorp, and more. The comical characters were illustrated by Cam Kendell and we just can’t get enough of them. 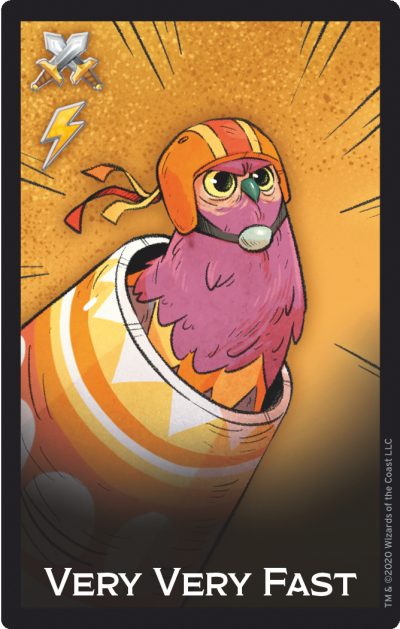 If you’ve played previous versions of Dungeon Mayhem, the Monster Madness box also comes with dividers to keep all your cards from each expansion in one handy box. (Anyone who loves a nicely organized game might get the biggest kick of all just from sorting the cards into place.) While the cards for original characters and Baldur’s Gate expansion characters aren’t included, there are spaces and dividers provided to add their cards if you pick them up later. 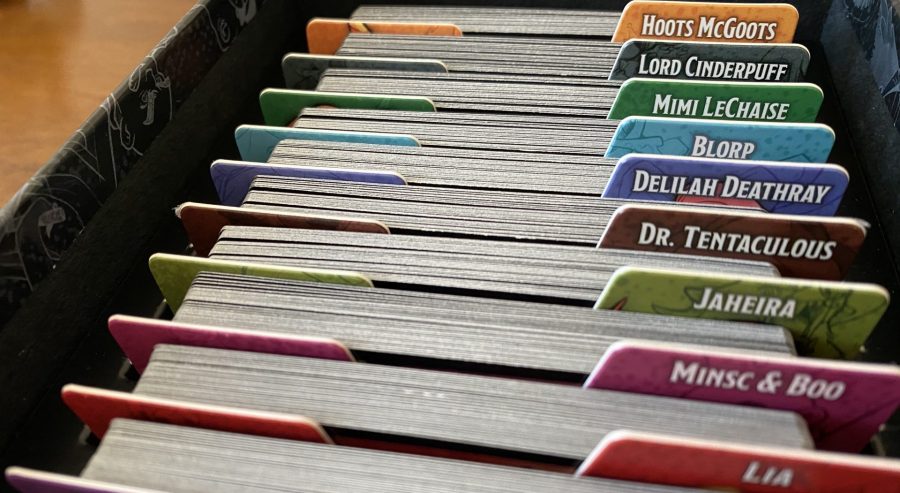 Dungeon Mayhem: Monster Madness is priced at $24.99 and comes with everything you need for you and five other players to throw down some cards. (Smaller decks like the original Dungeon Mayhem are just $10-15.) Easy to learn and quick to play, this card game can make any game night an action-packed adventure to remember. Look for it at your friendly local game store on February 28, 2020.