Michael Reeves, the frequently self-tazed YouTuber and engineer extraordinaire, has constructed a new, extremely bloody, contraption. It’s a “surgery robot;” and it performs about as well as you’d expect a surgery robot made by a masochistic engineer to perform. That is to say, poorly.

Reeves recently posted his rundown of the new surgery bot on his YouTube channel, noting that people should hit him up if they need an outpatient procedure. And while that idea is definitely ridiculous considering how… stabby this machine is, it’s probably safe to say that Reeves wouldn’t hit anybody with unexpected hospital bills.

In the video, Reeves says that he built the surgery robot in response to what he’s deemed to be excessively priced surgical machines currently on the market; specifically the da Vinci Surgical System. For reference, the “Si” version of the da Vinci Surgical system, according to its wiki, costs, on average, slightly less than $2 million. As far as specs, the da Vinci system is made up of a surgeon’s control station and a patient-side cart outfitted with four interactive robotic arms, which themselves hold tools such as scalpels or scissors. There is also a robotic arm that holds a 3D camera.

Reeves’ surgery robot, on the other hand, looks like it costs a few hundred dollars to build (something on that order), and pretty much consists of a steak knife dangling from a motorized rack. Although to be fair, Reeves’ bot can be controlled—reasonably well—with simple hand gestures. And there’s been some news lately pointing to hand-gesture-controlled robots actually becoming a reality in the near future. 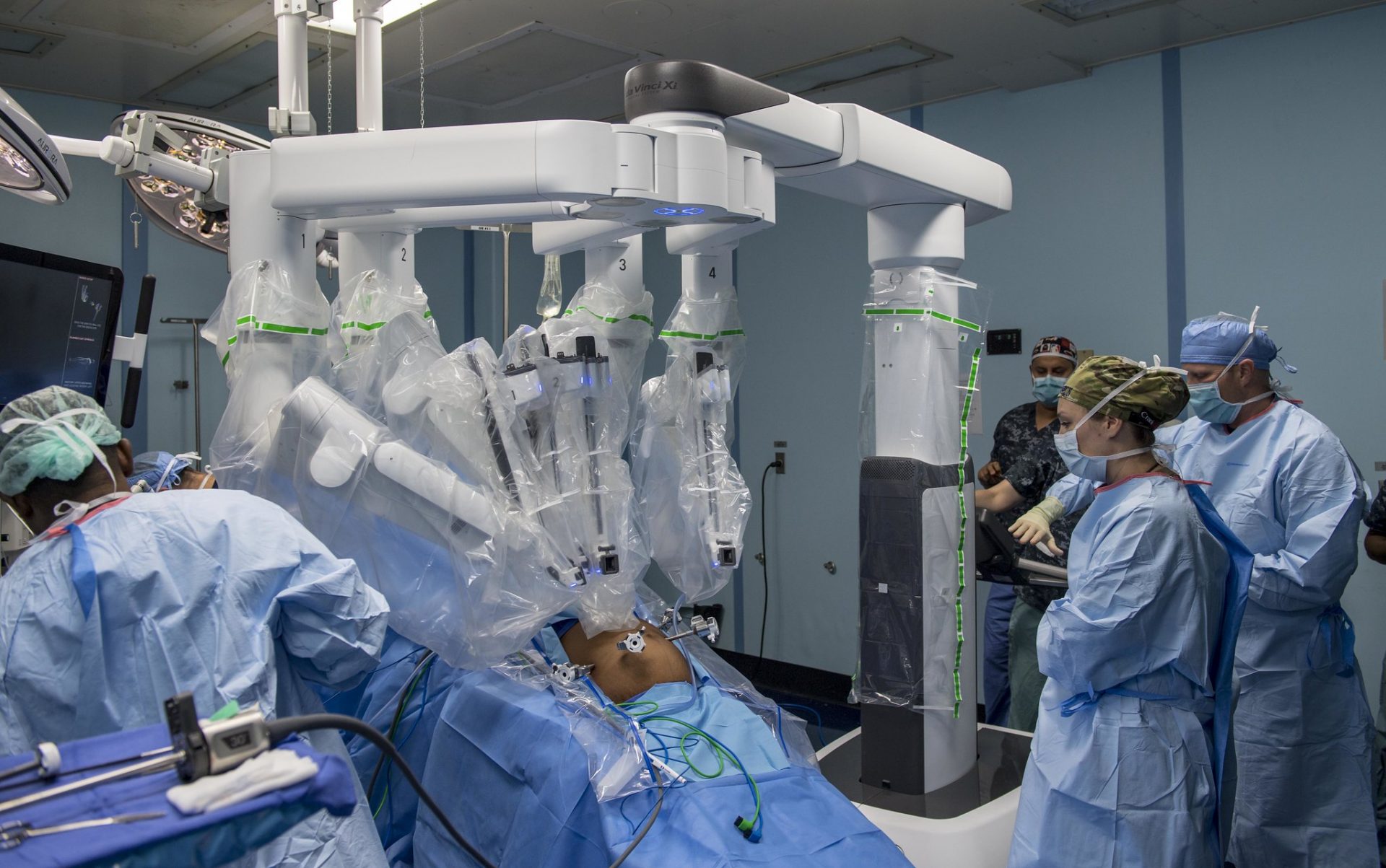 In the meantime, maybe Reeves can repurpose his surgery robot to do something creative. It’s already as good as any two-year-old at painting, and it seems like it has mechanical architecture that would work well for a big, 3D printer. Maybe it could even print plastic face shields to protect people from COVID-19. As well as the enormous amounts of gushing (faux) blood the surgery robot produces.

What do you think about Reeves’ homemade surgery robot? What would you like to see this eccentric engineer make next? Take a stab at coming up with some fresh ideas in the comments!