Normally we try to follow one very important piece of advice, “don’t panic,” but right now we’re freaking out.

Deadline reports Hulu has begun development on a new television adaptation of the late Douglas Adams’ The Hitchhiker’s Guide to the Galaxy. TV showrunner Carlton Cuse (Lost, Tom Clancy’s Jack Ryan) and screenwriter Jason Fuchs (Wonder Woman, Ice Age: Continental Drift) will lead the latest iteration of the franchise, which began as a radio series before Adams turned it into five beloved and iconic novels. Arthur Dent’s travels through the universe have made it to the screen before. First with the BBC‘s 1981 TV series. Then with the 2005 big-screen version starring Martin Freeman, Zooey Deschanel, Mos Def, Sam Rockwell, and Alan Rickman. But there’s much of the story that has never been adapted for a live-action version.

Hitchhiker’s Guide to the Galaxy Teaser Trailer from Dustin Wilson on Vimeo.

While development has only just begun, we already have some ideas for what we’d like to be included. From some of our favorite places, moments, and characters, both big and small, to nods to The Hitchhiker’s Guide to the Galaxy’s illustrious past, to tributes to the man who created it all, here are 42 things we want to see on the series.

“‘The Answer to the Great Question… Of Life, the Universe and Everything… Is… Forty-two,’ said Deep Thought, with infinite majesty and calm.”

1. Everyone of Agrajag’s deaths
2. Zaphod Beeblebrox’s second head located on his shoulder
3. Milliways, the Restaurant at the End of the Universe
4. Scrabble with a caveman
5. A whale and a plant falling through space
6. Practical effects
7. “We apologise for the inconvenience.”
8. Arthur’s “soulmate,” Fenchurch…but only for a little while
9. Elvis, alien planet bar singer
10. Oolon Colluphid’s books about God
11. Dirk Gently Easter eggs

12. Frogstar World B, “the most totally evil place in the galaxy”
13. Towels everywhere
14. A whole lot more of Wowbagger, the Infinitely Prolonged
15. And him insulting Ghengis Khan
16. Rob McKenna, “Rain God”
17. Stephen Fry to return as the narrator
18. The Grebulons home planet Rupert
19. All new characters, places, and events never before seen or heard in any version
20. Useless citizens aboard the Golgafrincham Ark Fleet Ship B headed for Earth
21. Zarquon the Prophet
22. The Heart of Gold’s meltdown over the concept of “tea”

23. Cameos from cast members of the BBC’s radio and TV adaptations
24. Empty dolphin tanks
25. More heart and soul than the movie
26. And more comedy
27. Never seeing God
28. The Galactic Police back on the job
29. Prosser lying in front of the bulldozers outside Arthur’s house
30. The Heart of Gold shaped like a running shoe

31. An action-packed afternoon at Lord’s Cricket Ground
32. An interactive-Guide (with the animation as good as the movie)
33. The Sqornshellous star-system, where home furnishings live
34. More Vogon poetry
35. No happy ending to Arthur and Trillian’s “love story”
36. A “Young Zaphod Plays It Safe” spin-off special
37. References to Douglas Adams’ other books (especially The Salmon of Doubt, The Meaning of Liff, and Last Chance to See)

38. A genuinely comfortable bathrobe for Arthur
39. Every single Marvin scene and line from the novels
40. The total destruction of every version of Earth
41. To think about Douglas Adams before every decision

The Hitchhiker’s Guide to the Galaxy really does hold a special place in the hearts of so many, as does the man who created it. Anyone who tries to live up to his legacy and the absurd, wonderful universe he made should ask themselves one question while working on the show: “what would Douglas Adams do?” As a guiding principle, it will help shape the series into something that is funny yet heartfelt, silly yet insightful, entertaining yet poignant. He might not be here with us—at least not in this version of our galaxy anymore—but his memory is. And by trying to live up to that, the show will be successful, no matter how many items on our list make it in.

Oh, well that’s okay. As long as you remember the most important lesson of all: don’t panic. 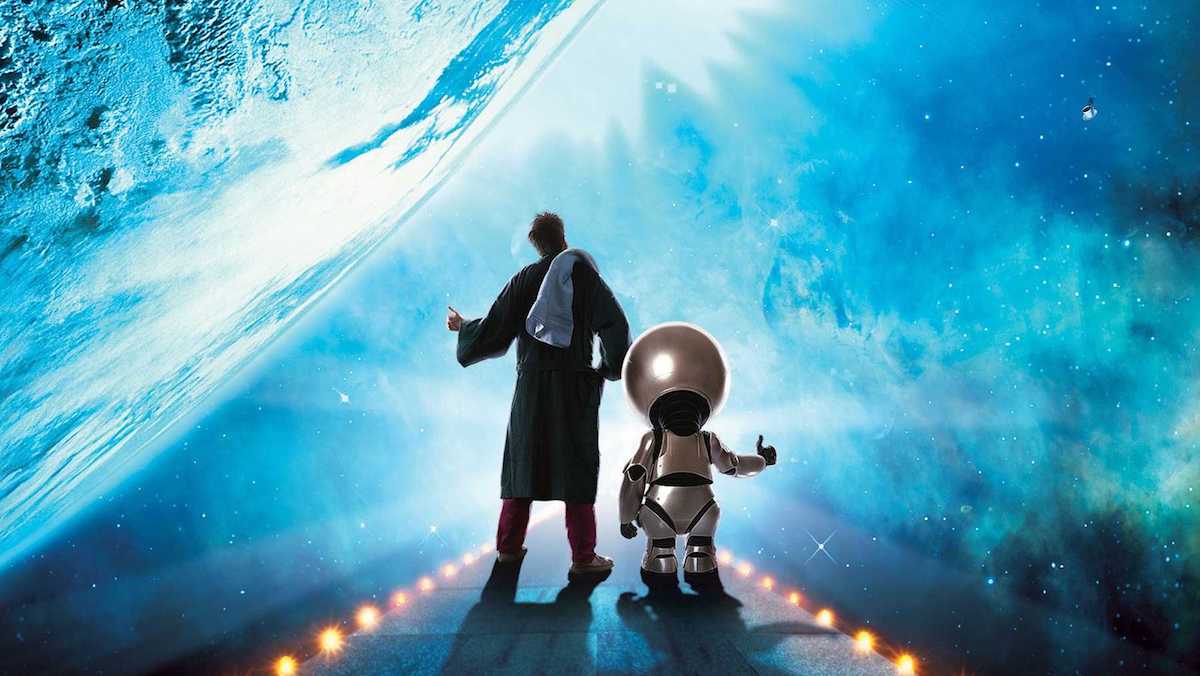 TAGGED: Hulu, the hitchhiker’s guide to the galaxy, douglas adams, Hitchhikers Guide to the Galaxy