I still have no idea what issue was being discussed during one of the best interviews in television history. All I know is that I will never, ever forget watching two small children unexpectedly walk into the room where their father was talking remotely to the BBC, followed by his wife executing the funniest extraction in history.  It was utter perfection, as good as any comedy sketch ever written. But it was also a cautionary tale for all parents—lock the door when doing live television. Fortunately for us, quarantining has made it harder for experts to escape their kids. Even for a moment. Which is why it happened again. Another BBC interview went off the rails when a young daughter decided her mom’s TV appearance was the right time to redecorate.

During Dr. Clare Wenham’s interview about local COVID-19 lockdowns with BBC News Channel, things went horribly right for all of us. While Mom was sharing her expertise with the world, her daughter Scarlett was dealing with an important issue of her own. She was determined to find the exact right spot on a nearby bookshelf for her picture of a unicorn. 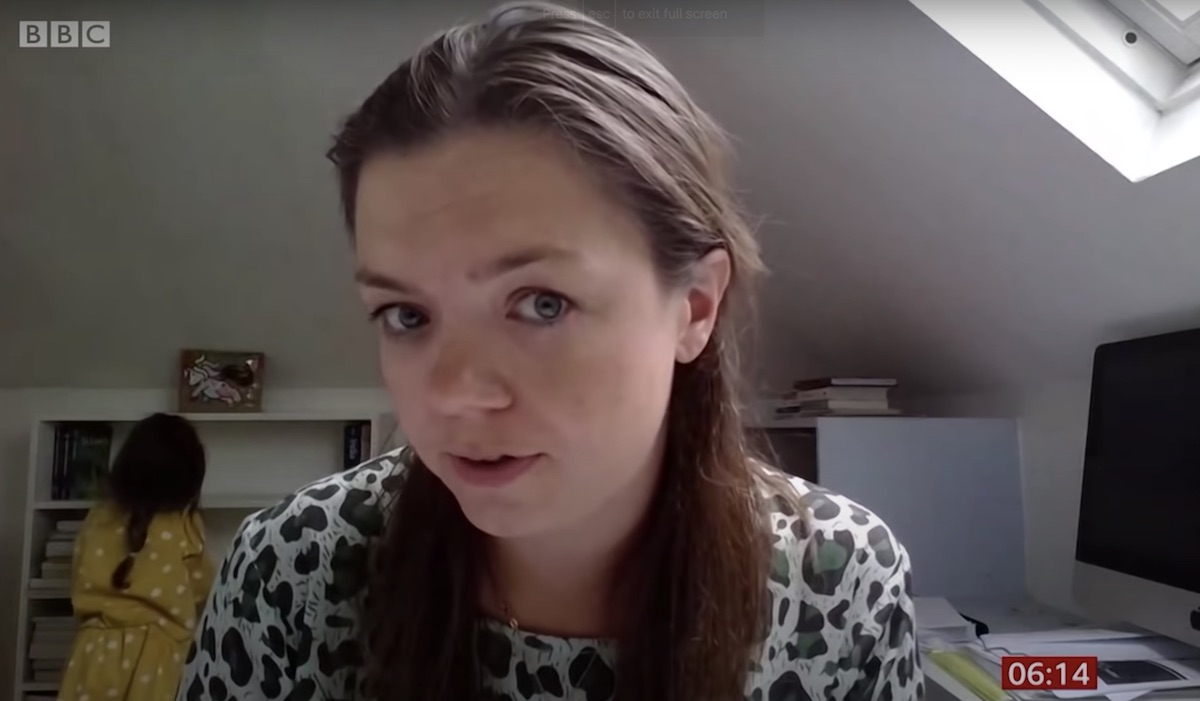 The result was a wonderfully distracting endeavor that made it impossible to focus on her mom. But Scarlett won’t be in trouble. Dr. Wenham seemed to appreciate the absurdity of it all, as she smiled through her instantly memorable appearance. Fittingly, the whole situation proved relevant to the point she was making. From the BBC:

“Speaking to the BBC afterwards, Dr Wenham said it was ironic that this had happened given she recently wrote a piece for the British Medical Journal on the subject. In it she argues that the collision between our personal and professional lives that has been brought about by the Covid-19 crisis may actually help further gender equality. But she added that she never thought it would actually happen to her.”

No one ever does. But we’re sure glad when it happens…mainly because it’s an excuse to watch this interview again.

Parents, please, we beg you: don’t lock your doors when giving an interview. We might not remember what you said during your appearance. But we’ll never forget it.