Educator, entertainer, and maker-of-things BrainfooTV made a glowing Iron Man ring out of a hex nut in his latest video, and it is a spectacular Marvel bauble. The Iron Man ring not only faithfully replicates the shape of Tony Stark’s iconic armored face, but it even has glowing eyes. Glowing eyes that are (slightly) radioactive.

Brainfoo recently posted the metal-nut-to-mask transformation to his YouTube channel. And while there isn’t much detail given in terms of why the builder decided to make this ring, it’s clear he loves Marvel. Some of Brainfoo’s other videos, for example, feature him building Thor’s Hammer, as well as a miniature version of Thanos’ sword. 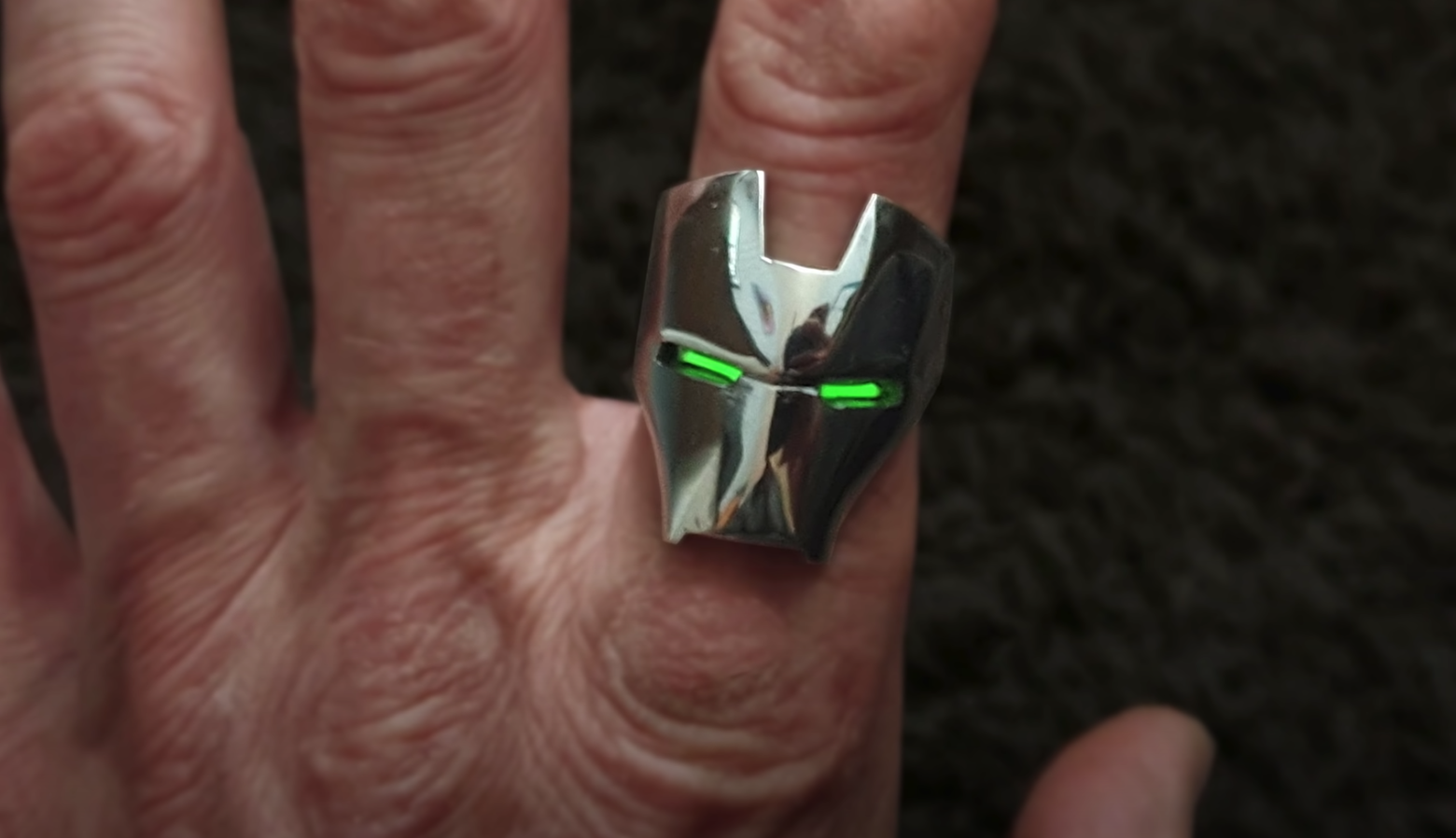 Although Brainfoo wasn’t explicit about his inspiration for the project, he did give a good amount of detail about the build process. According to the description for the YouTube video, the ring was made from a 60mm stainless steel connection nut, but Brainfoo noted that working with stainless steel is difficult, especially for beginners. Anybody fresh to the craft looking to attempt this kind of comic-book character metallurgy should apparently use brass instead. 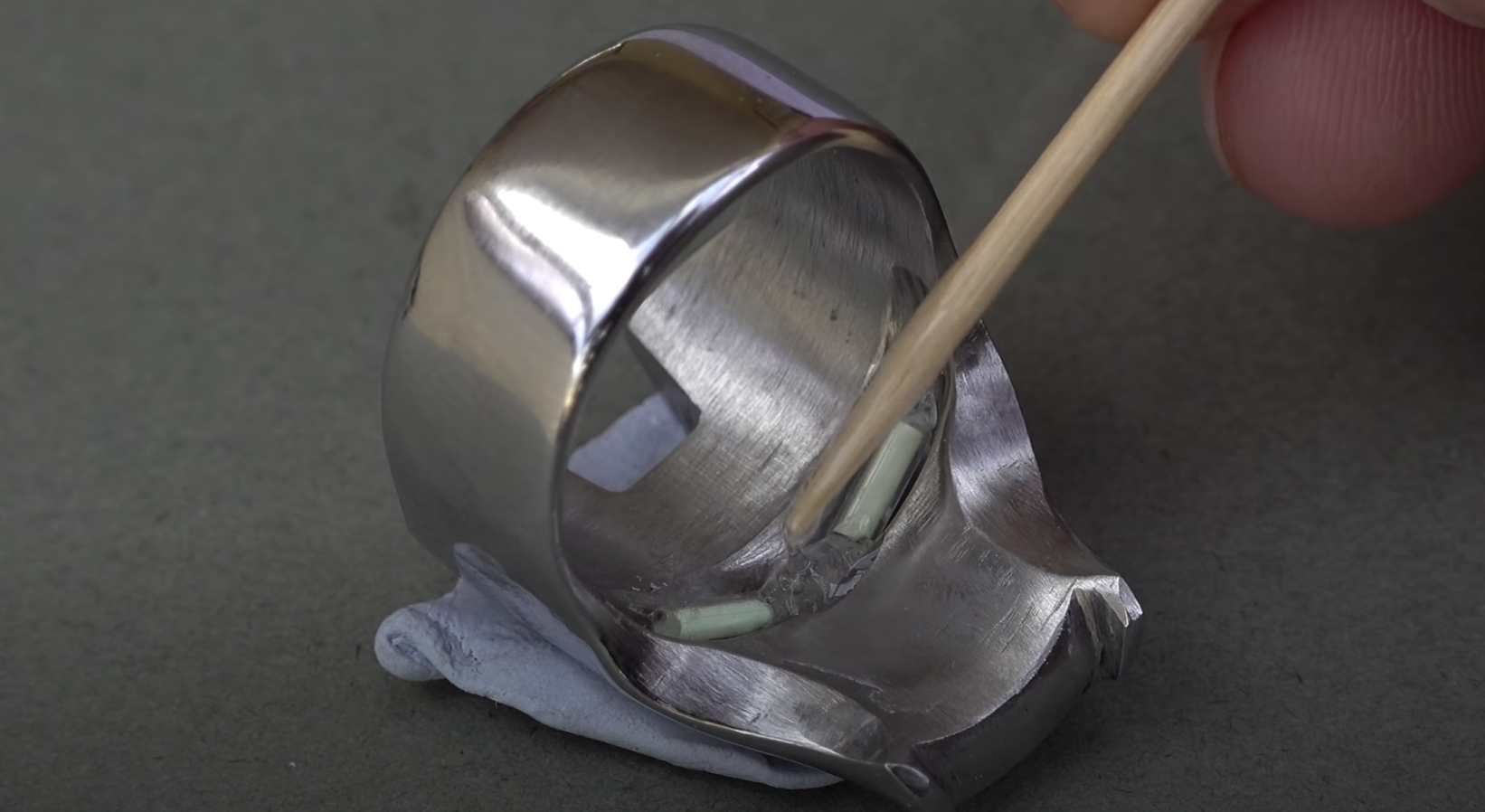 Of course the the pièce de résistance of the Iron Man ring is that glowing set of eyes. Brainfoo used tiny tubes filled with gaseous tritium, a radioactive isotope of hydrogen, to make them glow. The glow is due to a process referred to as Tritium radioluminescence, and occurs because titrium emits electrons as it goes through beta decay. When those emitted electrons interact with a phosphor material, light is emitted through the process of phosphorescence.

What do you think about Brainfoo’s Iron Man ring? Are you inspired to craft any Marvel jewelry of your own after watching this process, or would you prefer to leave that up to the pros? Let us know your thoughts in the comments!