The appeal of telling as many stories as possible within the world of Batman is obvious, given the property’s massive built-in audience. So it was not surprising when HBO Max announced a police procedural series set in the version of Gotham that’ll be established in Matt Reeves’ upcoming Batman movie. But as America questions the role of the police in real life society and the way that on-screen representations have affected the world that we live in, we’re led to ask: do we really need a GCPD series?

After the critical success of their reimagining of the classic comic Watchmen, HBO is smart to once again look to their built-in IP farm otherwise known as DC Comics. Watchmen is an important touchstone for many reasons here, not only because the comic was seen for decades as being unfilmable, but also because a diverse writers room and big budget gave the show the space to tackle the concepts of race in America, police brutality, and white supremacy in the guise of a superhero show. Basically, all reasons to make HBO Max think that they might be able to make a nuanced cop series in a time when viewers are already reconsidering if they have any interest in watching the ones that already exist. 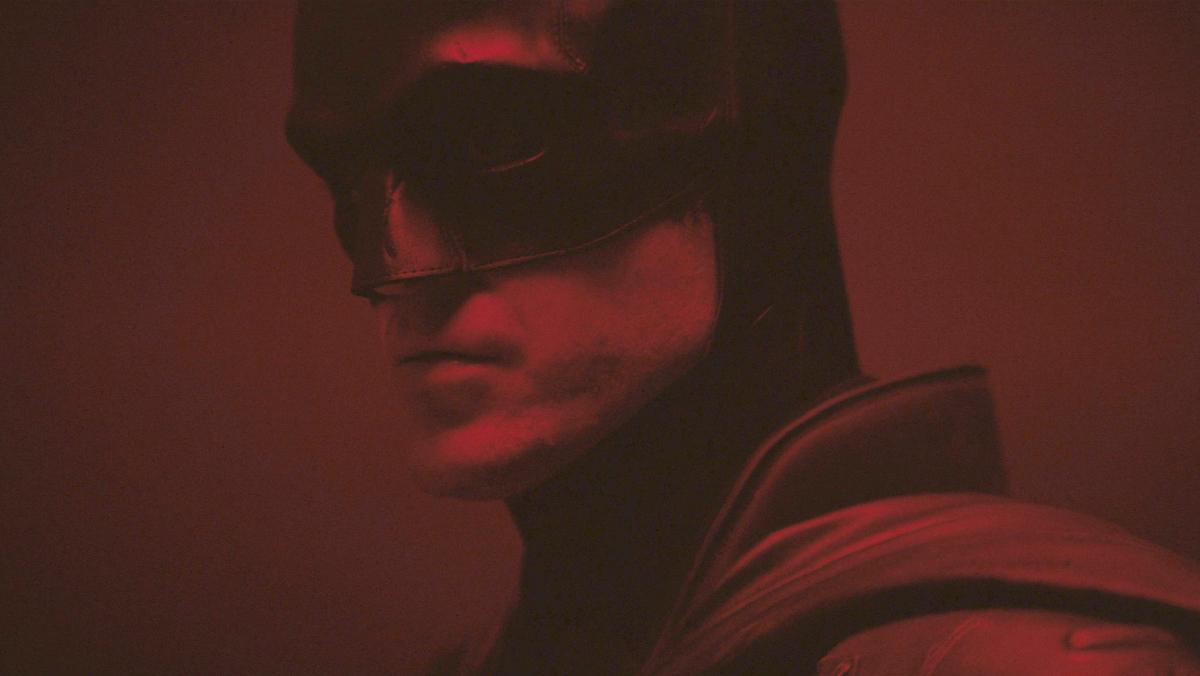 As for a police story set in the Batman world, that seemed at first that we’d get that in form of Gotham. When it first launched, fans predicted that Fox drama would adapt the popular cop comic Gotham Central. The realized version of the show was more about the early days of Batman and his cast of rotating core characters, cops included. From the little we’ve heard so far, the HBO Max project will likely take from Gotham Central.

Although this writer is very much in the “no new cop shows” camp, Matt Reeves’ involvement gave me a little hope. When I chatted to Reeves about The Batman, he was eager to talk about the “humanist bent” that shapes his work, this venture included. “It’s not even like that’s an approach that I take, like it’s some kind of idea of, ‘Wouldn’t it be great?’ It’s sort of the only thing that allows me to understand how to do it,” he said. “I can only understand where the camera goes and how to talk about the story, how to write the story, how to talk to the actors, if I understand emotionally what it is I have to do. Otherwise I’d be lost.”

The only way a show can truly tell a human story about police is to look at the damage that they have done to the community they are supposed to protect. Gotham is more than its police force, and a developing series has a chance to explore that through the eyes of the people who have survived both the GCPD and the vigilante whose shadows they live in. And to focus this story on dismantling the Gotham City Police Department. 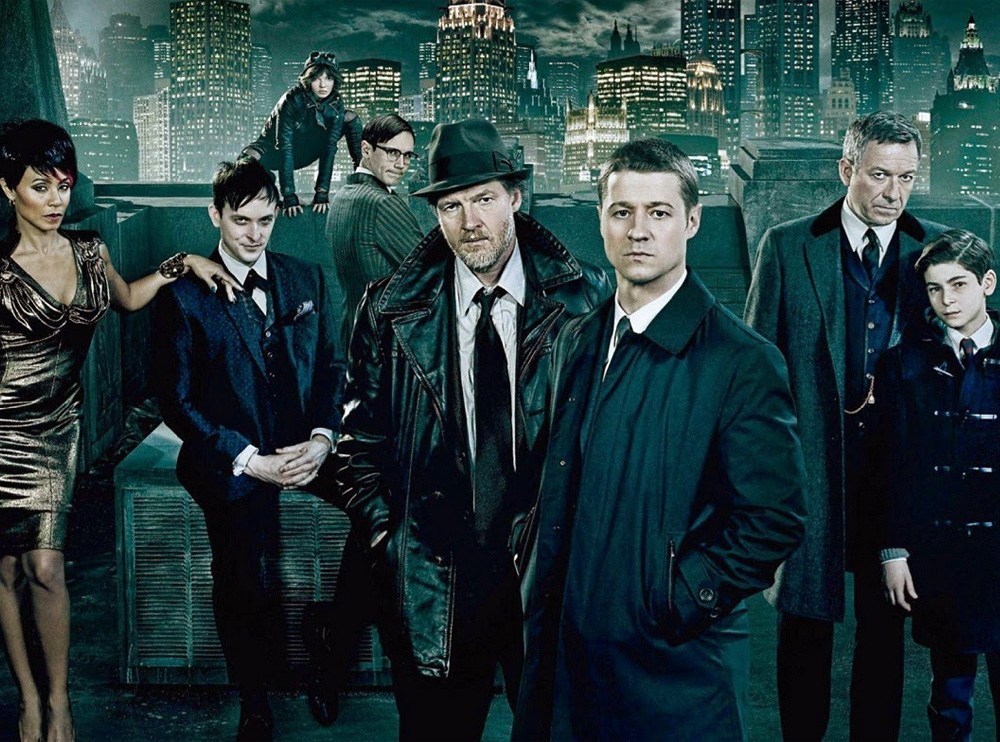 It’s easy to get sucked into the simple appeal of a procedural that works on a villain-of-the-week-style setup with the backdrop of Gotham and some of its biggest heroes. But Reeves has already shared a lens on Gotham that fits with a different take: “There’s something in there that feels very psychological, very emotional, and it felt like there was a way of exploring that along with the corruption in this place, Gotham,” he told me as he spoke about his framing of The Batman. “That feels very current. I think it always does. There’s almost no time when you can’t do a story about corruption. But today it still seems incredibly resonant and maybe, from my perspective, maybe more so than maybe at other time.”

This conversation and Reeves’ comments took place before the national uprisings against police brutality that began at the end of May. But if he was interested in reflecting the real world in the streets of Gotham and is now looking to explore the police, then surely that will mean reckoning with the national conversation that is changing the face of America—which also happens to fit in with what we historically know about GCPD. Every story about Gotham’s police features corruption. It’s a key part of each live-action Batman movie (except for the camp adventures of Joel Schumacher, who had shinier fish to fry) and of Batman: The Animated Series, as it is at the heart of why Batman himself exists. Even though Batman’s own techniques are far from perfect, HBO Max’s take could be an interesting way to explore a different vision of Gotham, the GCPD, and the Bat. 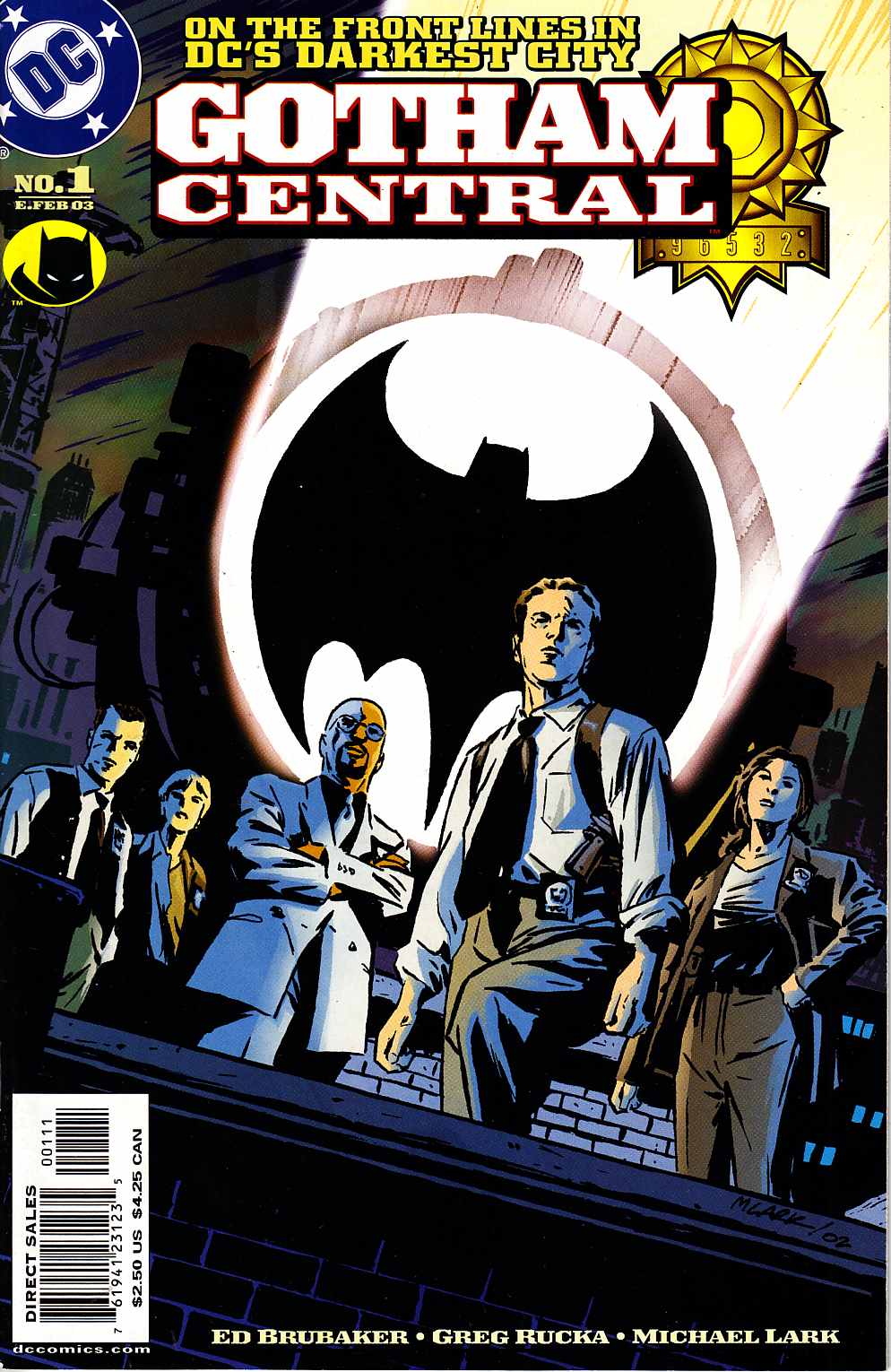 In the Gotham Central comic series, Greg Rucka, Ed Brubaker, and Michael Lark use the framing of the police procedural to explore Gotham’s criminal underworld, as well as the corruption within the force itself. But the ultimate takeaway of the story is that the system is broken and will continue to do harm, inciting Renee Montoya to leave the department and become a vigilante herself. Countering the argument of “a few bad apples,” stories like GCPD actually promote the idea that police corruption and violence are ingrained in the system itself. For the first time in recent memory, many people who have never been impacted by or even thought about police brutality before are coming to an obvious conclusion: if that’s the case, then why shouldn’t we all strive for something better?

When we put that question into a real world context there are all kinds of responses, hurdles, and plenty of pushback. For years, police and prison abolitionists have been working to propagate the the idea that the police are not inherent to our society, that they are as we know them a relatively new invention, and that in America they were created solely to terrorize Black people as a force to capture freed people who had once been enslaved. Though the aforementioned hurdles persist, the past few months have seen the likes of cities including Seattle voting to reduce their police budget by 50% and the Minneapolis uprising leading to a charter being introduced that voters would decide the fate of the city’s police force.

With those changes finally happening in a wider way in real life, and as citizens in multiple other states still protest for similar changes, fiction should not be struggling with those same hurdles of imagination. After all, isn’t that what fiction is for? If we can easily imagine a world where a man dresses up as a bat to fight crime, we should be able to envision a Gotham without police, and a series centering on the realities of making that happen could potentially help to open the minds of people watching at home who cannot currently dream that big. 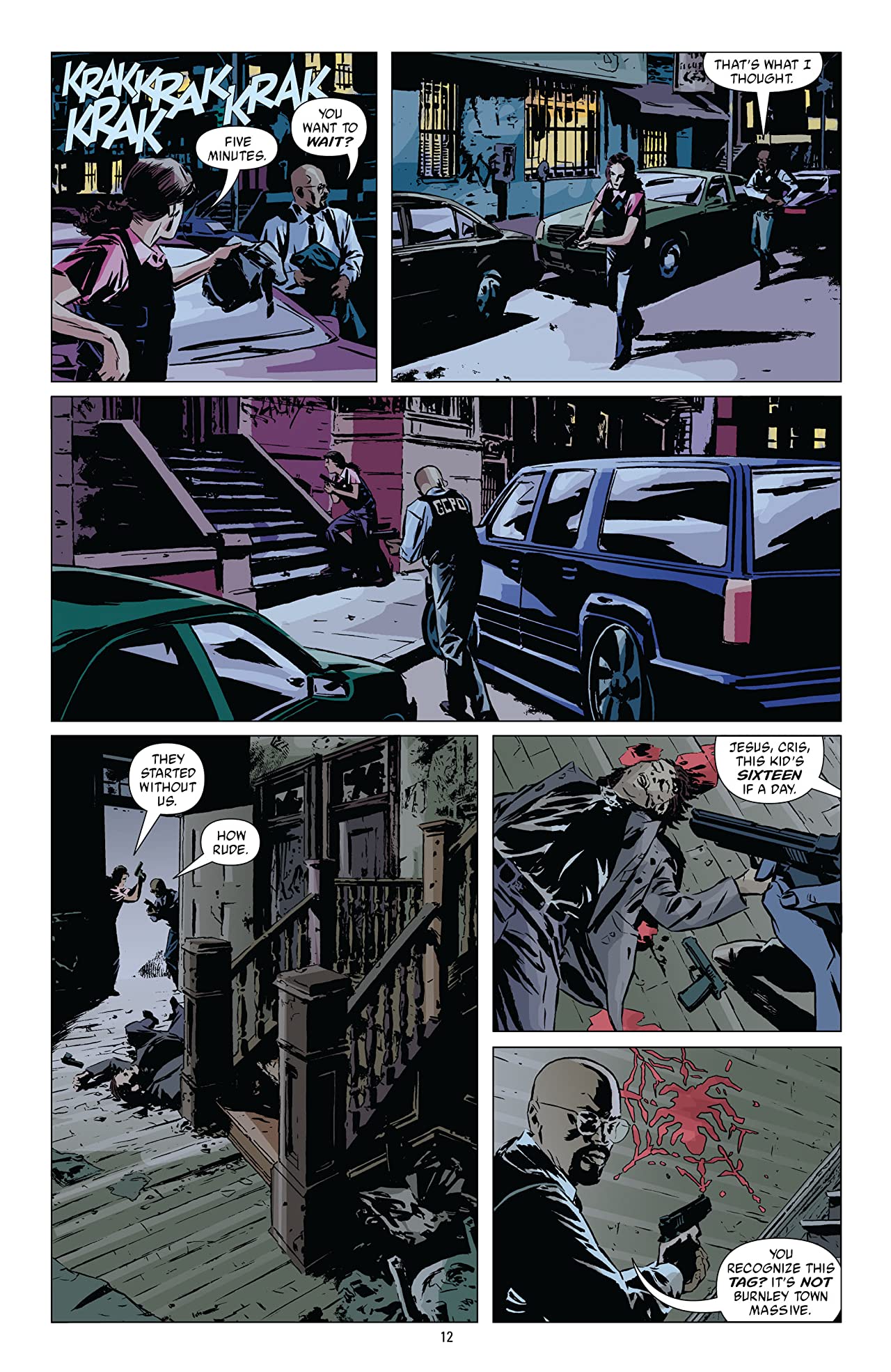 It’s not like Gotham doesn’t have a wealthy billionaire who has essentially already implemented his own incredibly flawed version of self-policing. Batman operates entirely outside of the corrupt legal system that Gotham City PD represents. If a new GCPD show follows the comic and doesn’t feature Batman, then Bruce Wayne could still play a role of benefactor from the shadows. But more importantly, the series could reimagine the bureaucratic procedure of actually disbanding the police as a slow-burn noir, integrating a new arc for Renee Montoya. In the comics, Montoya leaves to become a vigilante; here, she could decide that criminal justice reform is needed in the city she loves, and take the fight straight to the GCPD and the corrupt system it represents.

Renee has an in-depth knowledge of the Gotham police department and all of its problems, corruptions, and struggles. She would be in a great place to argue for it to change, or better, to be entirely dismantled. How about funneling some of those millions into community services in Gotham? Housing for the homeless? Rehabilitation options for people who need them? Food services and accessibility for those who cannot afford to eat? (And to satisfy the need for classic Batman characters, enlist a tough-on-crime DA Harvey Dent to play as a foil to a Montoya.) 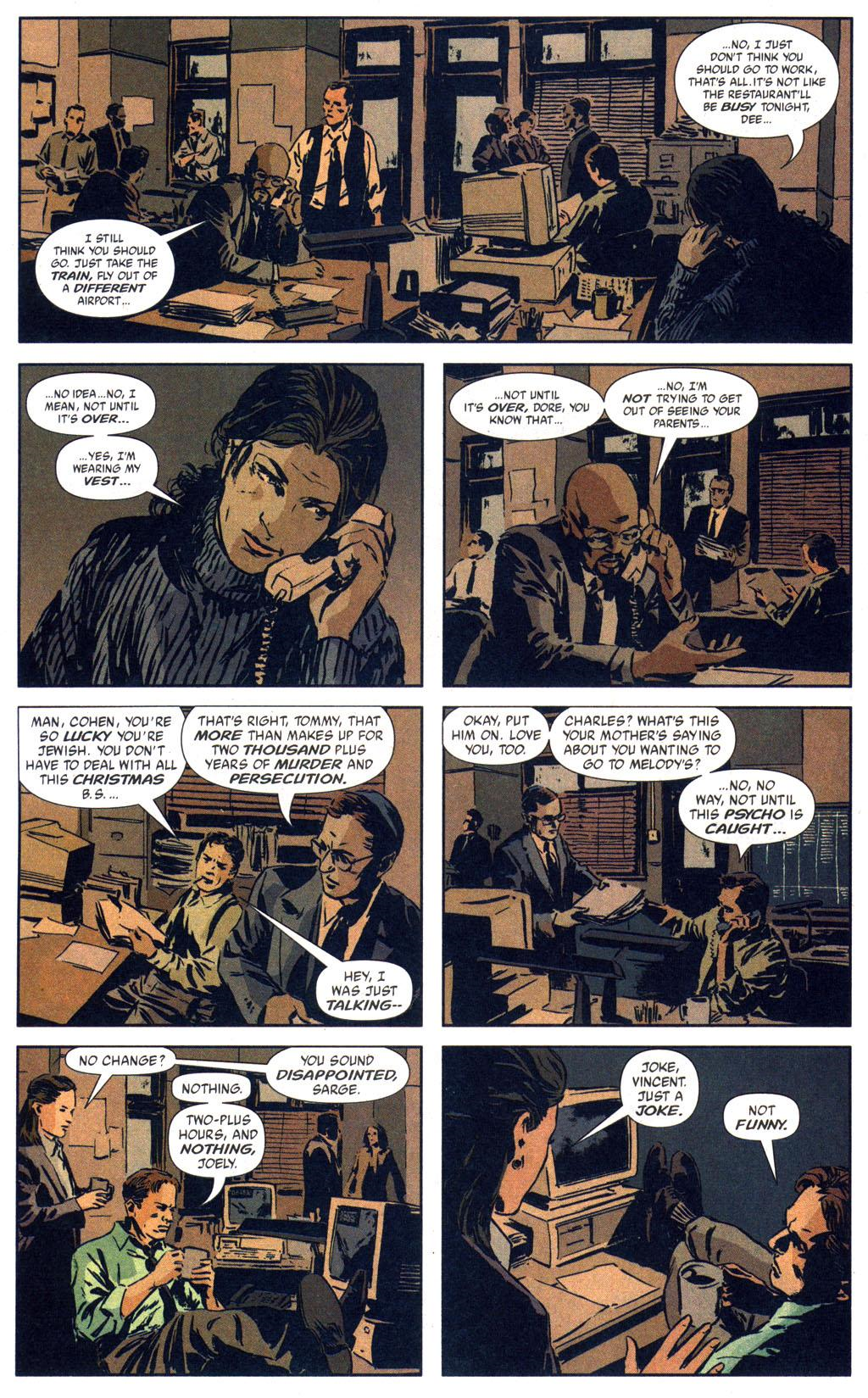 Gotham’s status quo has always been one of a city ravaged by poverty. Gangs roam the streets, low level criminals fight for scraps, whilst the cops look the other way and take backhanded payments from the mob. And all the while Bruce Wayne looks down from his ivory tower and sneaks off into the night to punch out his childhood trauma. But what of the citizens of Gotham?

This series offers up an unprecedented chance to explore the city through their eyes, as well as see the damage that the police have wrought on Gotham and the people who live there. It is also the perfect time to showcase the strength of community, organization, and the difference that people can make when they stand together and demand change. There is even an already established leader in Renee, who could use her inside knowledge to take the precinct down.

There are also the opportunities to incorporate new characters from Reeves’ film. For instance, Bella Reál, “a grassroots political candidate running for office in Gotham,” who will be played by Jayme Lawson in The Batman. If the show is set in the movie’s world, then it would make sense to see Bella appear and perhaps run on a platform that greatly reduces the power of the GCPD (and perhaps the vigilantism of Bruce). Challenging the status quo in Gotham not only means disbanding the police but also examining the one-man war on crime that has been haunting Gotham’s streets for years. 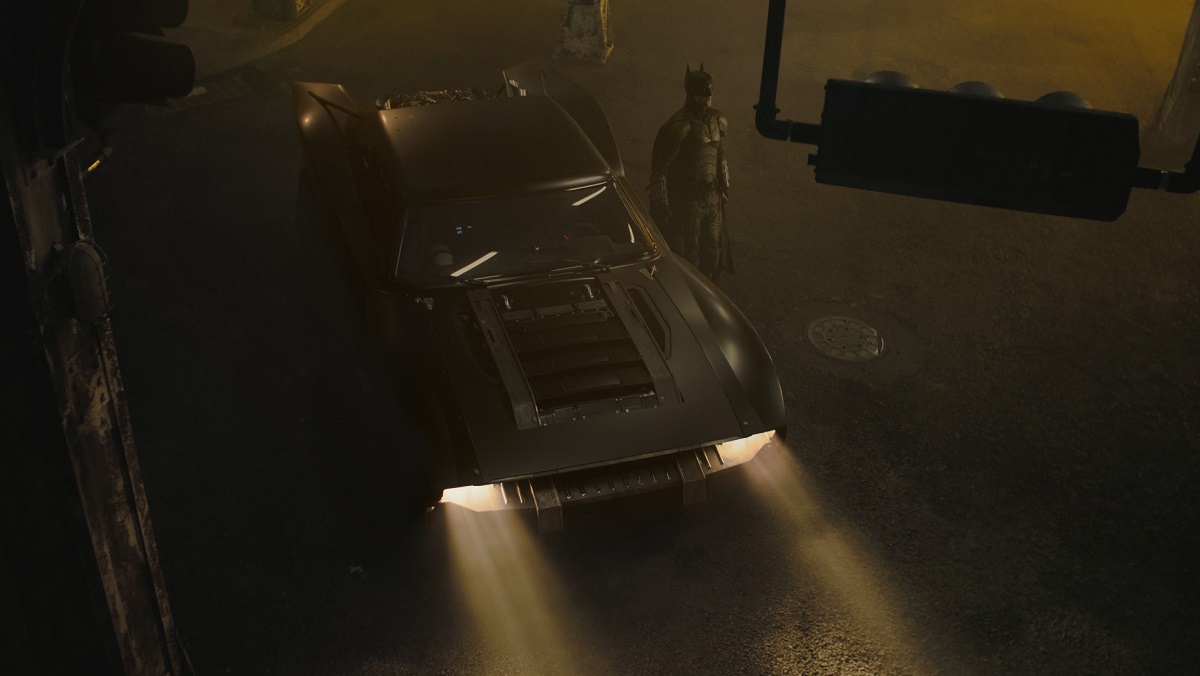 Though it might seem like a big dream to have a series set entirely around dismantling a corrupt police force like Gotham’s, it makes complete and utter sense. We have no need for stories about heroic cops, and even less for ones about those cops fighting corruption in their ranks. If 2020 has shown us anything, it’s that those stories are incredibly rare in real life. It’s not a matter of bad apples, but of a system that was made to oppress the most marginalized.

One of the biggest critiques of Batman has been that he’s just a rich kid who acts as a tool of the cops and the intrinsically oppressive structures that our world is filled with. Reeves and HBO Max’s developing series has a chance to imagine something better for everyone.