Every once in a while a person’s singing voice stands out as especially poignant. Sometimes so poignant, in fact, it can even make Stephen Colbert shed a tear. UK-based guitar player and YouTuber, Frank Watkinson, is one of those people, with a voice that’s equal parts beautiful and melancholic. And especially haunting when he’s singing alternative rock covers.

Digg picked up on Watkinson’s channel, which features hundreds and hundreds of covers and original songs. Both categories are worth checking out, although his biggest hits are his covers. The above cover of Death Cab for Cutie’s, “I Will Follow You into the Dark,” for example, has garnered more than 350,000 views. (Watkinson is also on Spotify, although it seems only his original songs are available there.)

Like his Death Cab cover, Watkinson’s other covers are gentle, coffee shop jams. 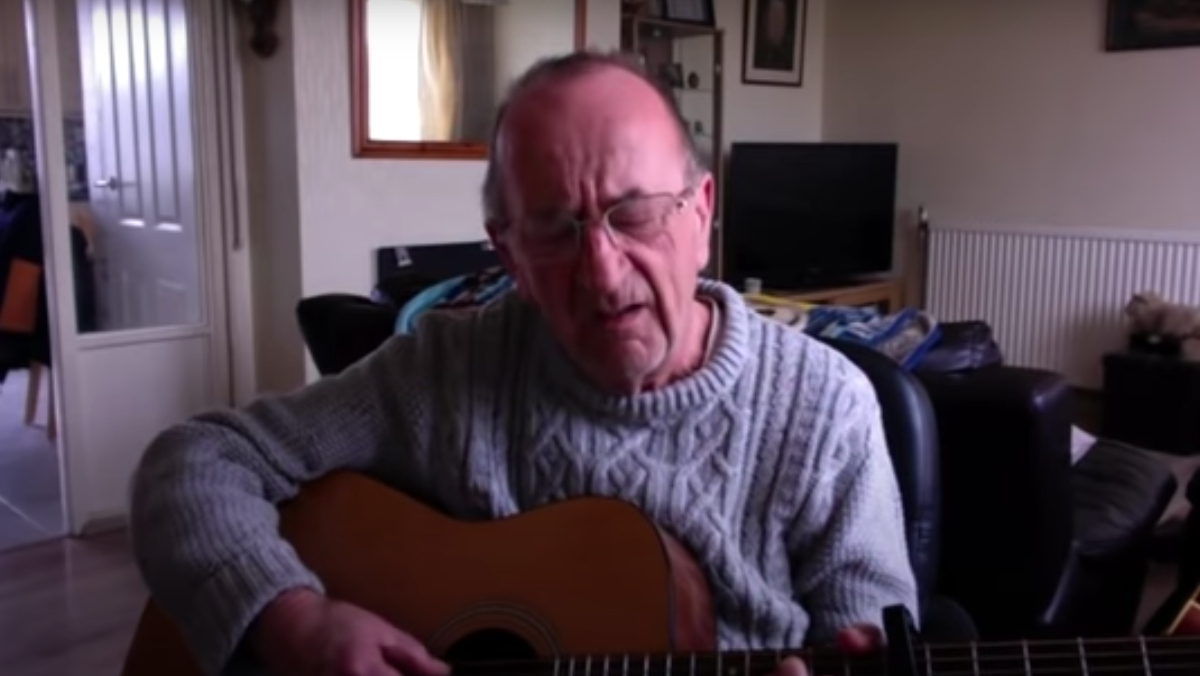 Watkinson’s also covered Neutral Milk Hotel’s “In the Aeroplane Over the Sea,” (immediately below), which is equally gorgeous and grim. Or at least seemingly grim. The lyrics are a bit nebulous and we’re pretty sure Watkinson could sing “Walking on Sunshine” and it’d sound kind of bleak. Although to be fair, Futurama has already been there and done that.

Below is—you guessed it—another cover from Watkinson, of The Growlers’ song, “When You Were Made.” And not only is it one of the soulful musician’s most popular videos, but the band itself posted a clip of it to their Instagram page.

Those who can’t get enough of Watkinson’s ethereal voice should definitely check out his YouTube channel. And while, unfortunately, he doesn’t provide a lot of profile information, he looks like a pretty fun person when he’s not making heartbreakingly beautiful music. He also takes suggestions from listeners, and we all know the one song he really needs to cover.