Vampires and their familiars, rejoice! The premiere of What We Do in the Shadows season three arrives on September 2. And for a bonus: we’re getting a talk show too. After the Shadows, a brand new talk show hosted by Guillermo himself, Harvey Guillén, debuts immediately after the premiere and subsequent episodes.

According to the press release, Guillén will speak with the cast, crew, and some celebrity fans to share their insights and love of the show. Additionally, each 10 minute episode will answer some fan questions and play a quick Shadows-related game or two. And all episodes of After the Shadows will be available across the show’s social media platforms, including FX’s YouTube channel. 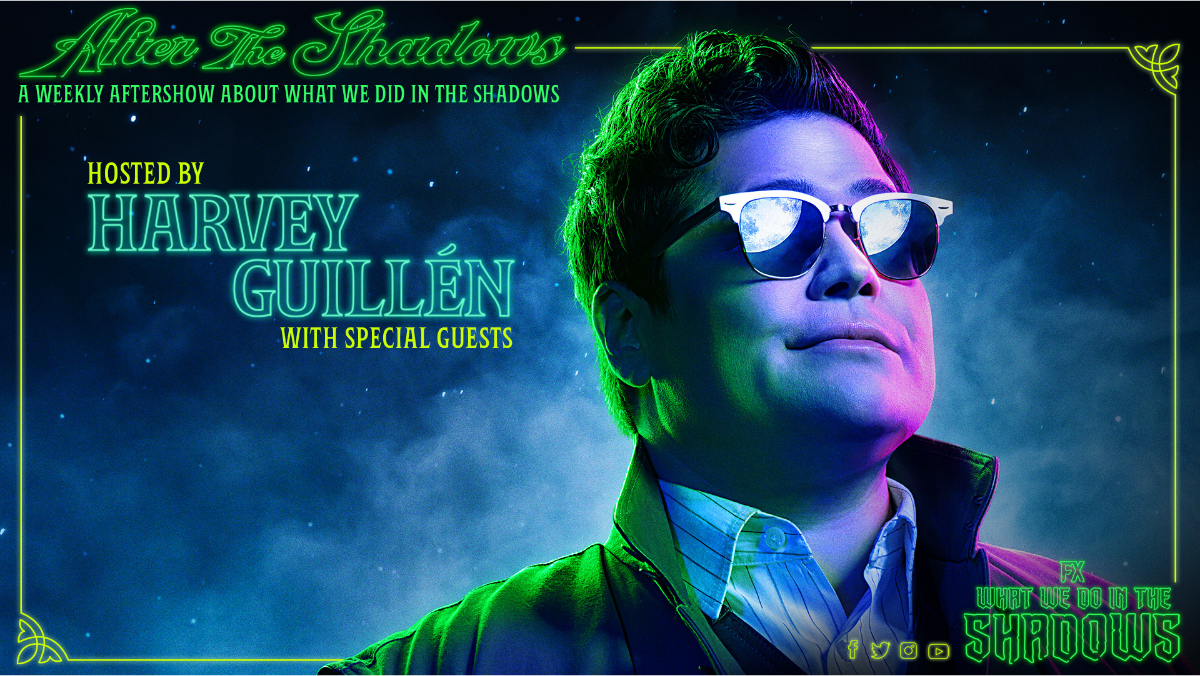 The guests include Kayvan Novak, who plays Nandor. Now, if you haven’t been following the show, Guillermo is Nandor’s familiar. As Guillermo notes in the pilot, “Being a vampire’s familiar is like being a best friend, who, who’s also a slave.” So Guillén’s conversations could be pretty hilarious.

Also making an appearance is Kristen Schaal. You may remember her as the floating woman from the show’s first season. Other guests include Anthony Atamanuik, Marissa Jaret Winokur, set decorator Shayne Fox, with more announcements soon.

This is one talk show you don’t want to miss. Especially if you’re wondering how that season two finale reveal, where the vampires discovered Guillermo’s vampire hunter heritage, affects his relationship with Nandor, Nadja, Laszlo, and Colin. But there’s much more in store. The official synopsis for season three of What We Do in the Shadows states:

After the shocking season two finale, we find the housemates in a panic about what to do with Guillermo after discovering that he is a vampire killer. This season, the vampires are elevated to a new level of power and will encounter the vampire from which all vampires have descended, a tempting Siren, gargoyles, werewolf kickball, Atlantic City casinos, wellness cults, ex-girlfriends, gyms and supernatural curiosities galore. Plus, Colin Robinson is turning 100. And Nandor, faced with his own eternal-life crisis, tries to inject his life with more meaning. Will he find love or is he destined to be an immortal bachelor with 37 ex-wives?

After the Shadows premieres on September 2, immediately following What We Do in the Shadows. And new episodes debut weekly on FX, following each new episode of the hit show.

TAGGED: FX, Harvey Guillén, What We Do In the Shadows