What’s the only thing better than FX releasing its funniest What We Do in the Shadows trailer yet? Learning the network renewed the show for a fourth season. But getting both on the same day is like being named the new head of the Vampiric Council. A position sure to cause problems between our favorite vampires when the series returns.

FX describes  What We Do in the Shadows third season as “a game of…throne.” The single throne of the Vampiric Council that is. Which Staten Island’s most famous vampires are fighting over in the show’s newest trailer. It might also be the series’ best trailer ever. There’s so much wonderful silliness here. From kickball with werewolves and Kristen Schaal, to trips to both a casino and a courtroom. And if this trailer is any indication for what viewers can expect when the show returns, we could be in for the best season yet.

Handing control of the Vampiric Council to Nandor (Kayvan Novak), Laszlo (Matt Berry), Nadja (Natasia Demetriou), and Colin Robinson (Mark Proksch) is a perfect premise to keep the show fresh. They’re going from the most hunted vampires to the highest ranking ones. A position for which we know none of them are truly qualified. How can they be when they’re naming Guillermo (Harvey Guillén) as a non-vampire member of their team? He’s the world’s leading vampire hunter. He’s also their only hope of not destroying themselves. 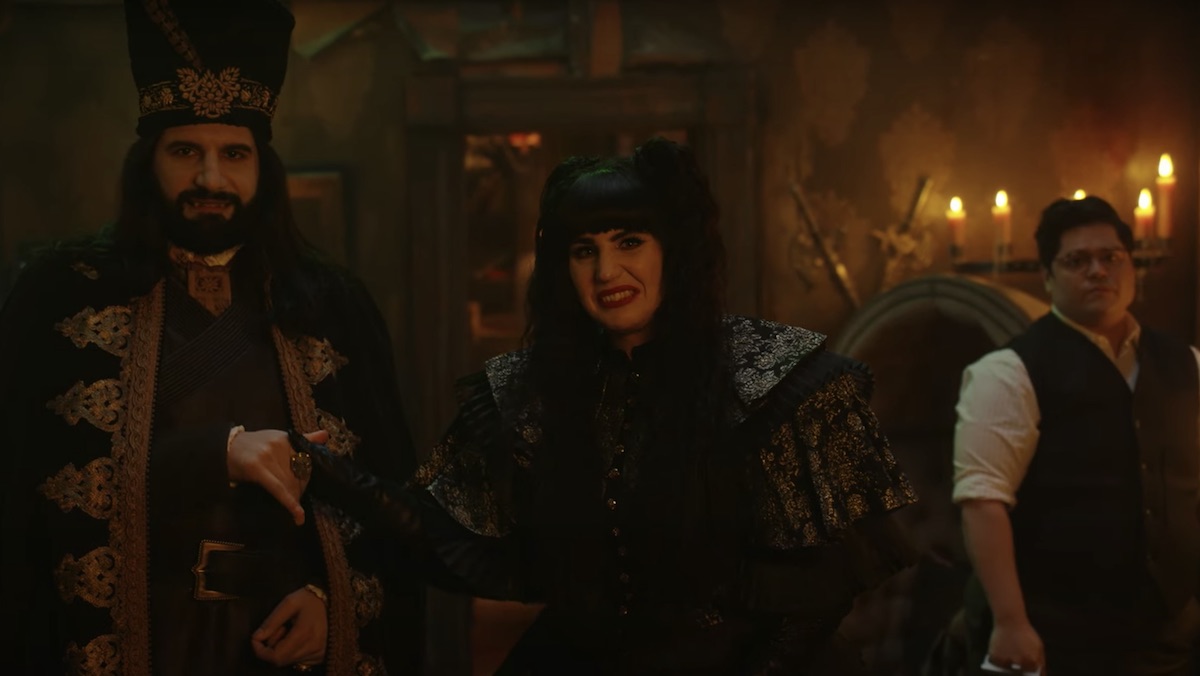 Even if they do, we know they’ll ultimately survive. They’ll return in 2022 for more misadventures. FX announced it has renewed the show for a fourth season.

“Fans can’t seem to get enough of What We Do in the Shadows and FX is ready to feed that appetite by setting up the series for a fourth season,” said Nick Grad, President, Original Programming, FX Entertainment, in a statement. “Our thanks to the extraordinary job by the creative team, cast and crew who keep making a great show better each season.”

And our thanks to FX for giving us two reasons on the same day to feel empowered ourselves.

What We Do in the Shadows season three debuts with two episodes on FX Thursday, September 2.

TAGGED: FX, What We Do In the Shadows