Here at Nerdist we’re huge fans of Harvey Guillén. The hilarious and charming actor first made us fall in love during What We Do In the Shadows. And in Josh Ruben’s new delightful horror video game adaptation Werewolves Within, Guillén cements himself as a total joy to watch and a master of genre comedy. The laugh out loud take on lycanthropy sees the brilliant Sam Richardson as Finn, a new Park Ranger in the small town of Beaverfield. Keeping peace while a new pipeline is built seems like an easy assignment. But as soon as Finn arrives, the eclectic townspeople—including Guillén’s gay tech millionaire Joaquim—get swept up in a night of paranoia, murder, and mystery as a strange and terrifying threat begins to hunt them one by one. It’s a cozy, hilarious murder mystery with a surprisingly deep twist and it might become your new favorite horror flick. 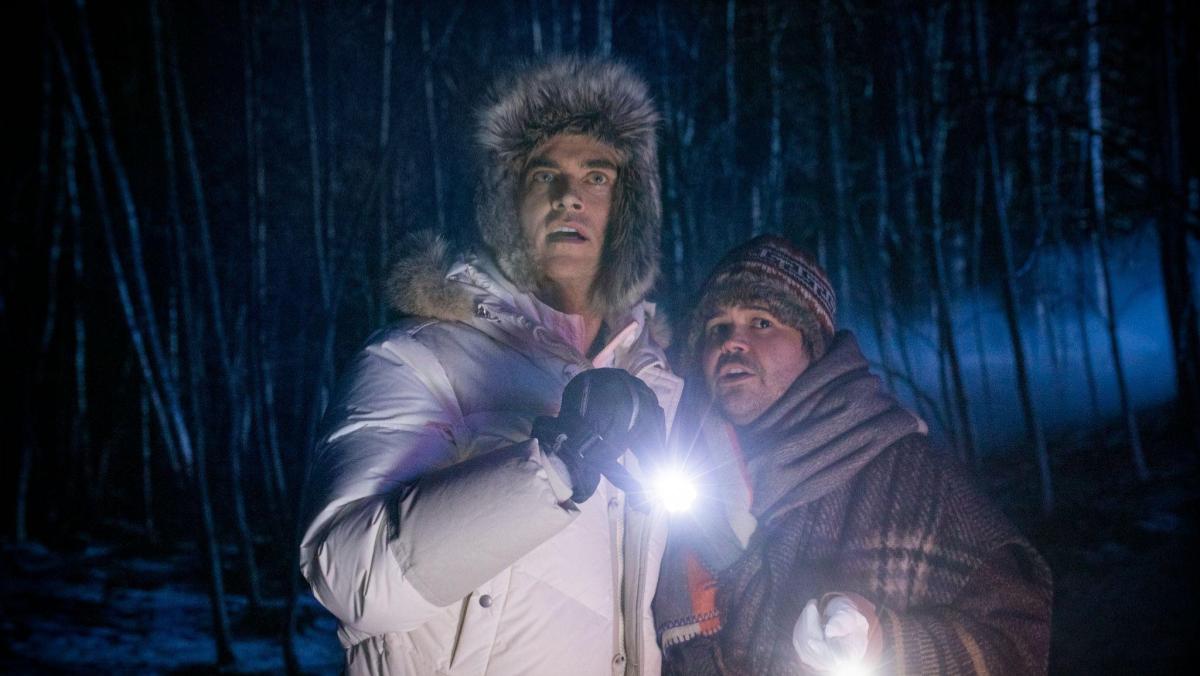 Guillén got the call from director Ruben and was quickly enamored with the script and Joaquim. “I really liked the idea of playing this queer character who gets to be flamboyant,” the actor told Nerdist over Zoom. “He gets to live his best life and has those character traits that are sometimes exaggerated and become a caricature. But I wanted to hone it in and make it comedic but also grounded. This person could be your best friend, could be your neighbor. But there are still those elements of the comedy, he still wears a million dollar biodegradable poncho, he’s doing it for the Earth but it’s also fashion forward, you know? So he’s this hipster environmentalist… and it’s like are you helping the world or are you hindering it? Also who doesn’t want to play a queer character?” Guillén chuckled.

As a queer actor, getting to play a gay tech millionaire in a loving relationship was a joy for Guillén. “It was great,” Guillén gushed. “So often we see the hetro couple be the leads or neighbors, so this is a normality that’s been omitted from our history of being queer. It was nice to present that this is the real world, we’ve always been here!” 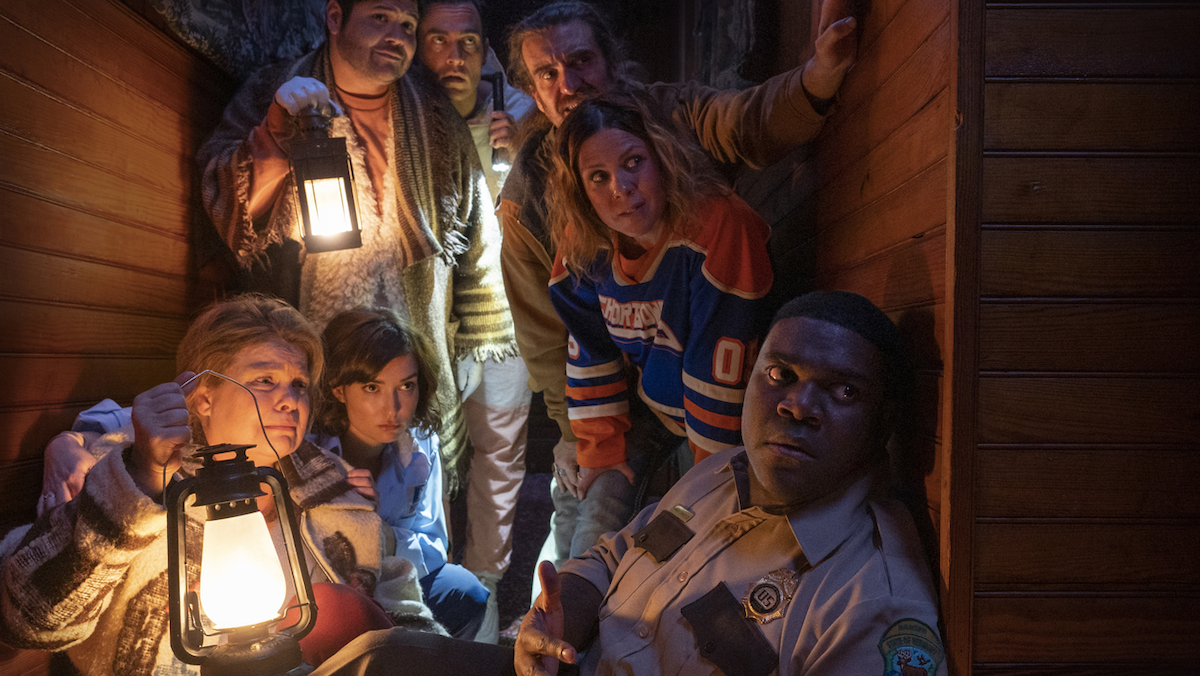 Werewolves Within also gave Guillén the chance to play against the wonderful Cheyenne Jackson. The best part of the story is that Guillén actually suggested the American Horror Story star after Ruben asked him who he thought would be his dream to play against. And while Guillén thought he might get someone “like Cheyenne,” soon the actor had signed on. “I was like, ‘This is incredible!'” Guillén smiled. “To see that non-traditional couple; we’re so often shown that the Adonis couple is the mold for what a queer couple or a gay couple should be and that’s not true. So I think it’s really kind of fun to see our height differences, our size differences, and that’s love! You love what you love, you know?”

Aside from its inclusive cast and witty script–and without spoiling anything–Werewolves Within holds a vital message. The story of paranoia and trust is one that spoke deeply to Guillén. “For so long the monster is the person who’s outcast and being chased. It’s because of the unknown. Who’s the real monster, the person you’re chasing or the chaser? That’s the real question. I think that’s the message, and the moral of our story is who are the real werewolves here? What does it take for each one of our own werewolves to come out? And even though it’s a comedy, I love the message that it has.”

IFC Films will release the horror-comedy whodunit Werewolves Within in theaters on June 25, 2021 and on Digital Rental & VOD on July 2, 2021.

TAGGED: Werewolves, What We Do In the Shadows, josh ruben, Harvey Guillén, Werewolves Within