Leo season is officially in full swing, and we would be remiss if we didn’t mention the King of Leos himself, Harry Potter! Now, we know that Hogwarts traditionally doesn’t teach astrology until students’ fourth year, but considering that the majority of us missed our acceptance letters, we think we can bend the rules. (Don’t tell the Ministry of Magic!) So grab your wands and join Dumbledore’s Army as we break down the Wizarding World’s characters’ Zodiac signs.

We all know that Harry Potter fans have a Grawp-sized knowledge base about the world and its lore. But hold onto your Patronus–we won’t be reinventing the broomstick here. J.K. Rowling already accounted for the signs of each of her characters. While we won’t be arguing with Rowling (about this, at least), we do want to shed a little light on how each character embodies their particular sign.

Accio horoscopes! Here’s our breakdown of Harry Potter characters as their Zodiac signs. 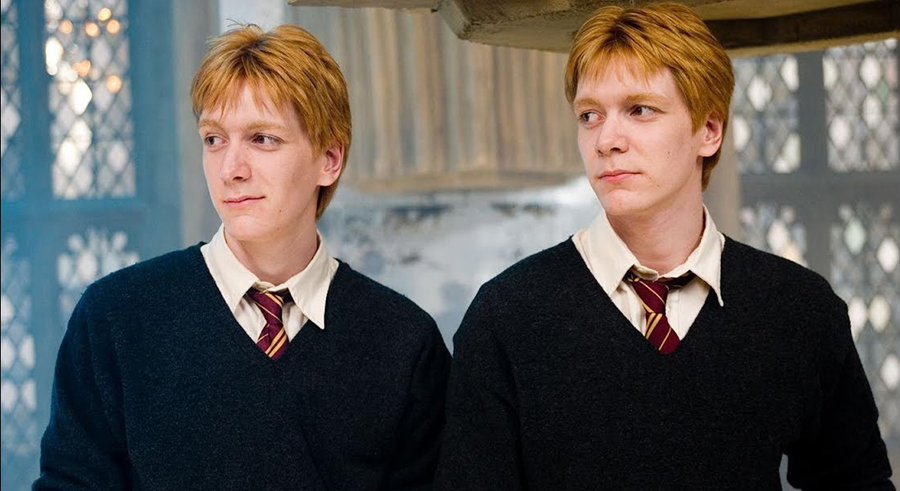 Identical twins born on April Fool’s Day?! From day one, these wizards were destined to be pranksters; they even made it their livelihood with Weasley’s Wizard Wheezes, the infamous joke shop in Diagon Alley. It would be easy to assume the twins are Sagittarius, given their penchant for laughs, but there’s a very important distinction to make her here. Sagittarius’ humor is driven by ego, while Aries just love the thrill of it all. Aries is also the babies of the Zodiac, and it’s that childlike wonder that fuels their desire to go on big, bold, and sometimes explosive adventures.

Taurus signs don’t exactly strive for the throne the way that Leos do. Such a position welcomes a world of stress that they are just not interested in. They do, however, have exquisite taste, which can get them stuck between a rock and a hard place. Tauruses value the finer things in life, both in quality and quantity. This all stems from a hedonistic desire to maintain peace of mind and enjoy all the worldly comforts that life can provide. Horace Slughorn loves the company of successful, famous, and powerful people, but he himself doesn’t want to take the spotlight. That’s how we know he’s definitely a Taurus sun. 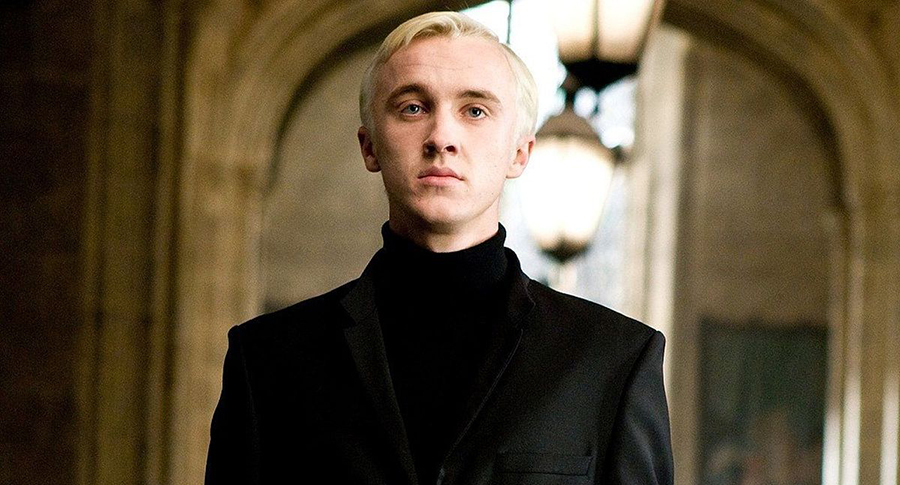 Though he is a straight-up jerk throughout most of the series, Draco Malfoy does have a conscience somewhere in his Slytherin heart. Geminis can’t help but see both sides of things, so they sometimes get a little lost in their own heads. Draco wants to appease the Dark Lord by doing his bidding, but as he is drawn deeper into Voldemort’s circle, he has serious second thoughts. Time after time, Malfoy shrinks just before he must do something truly evil. See, Astrology fans? Geminis aren’t ALL bad. Sure, they talk a big game about ruining you, betraying you, and setting you up for murder, but they’ll at least reconsider as they watch it all go down. 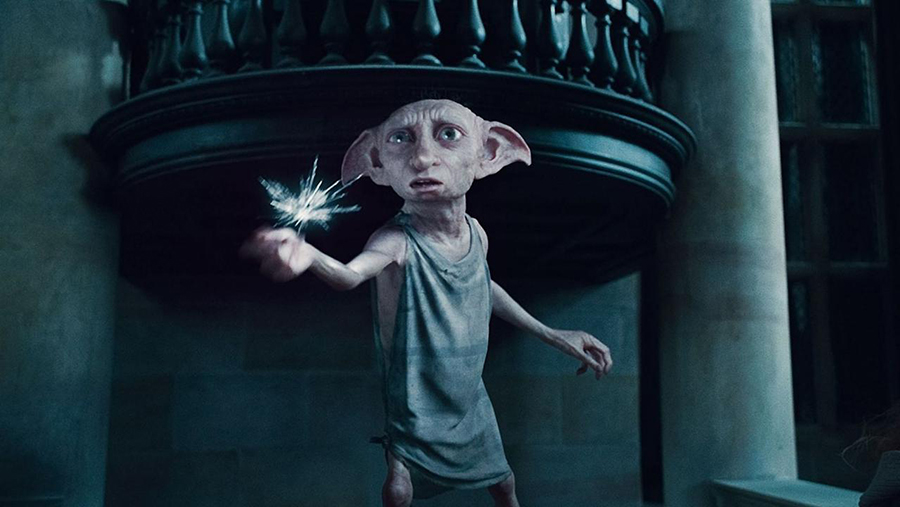 “Such a beautiful place, to be with friends. Dobby is happy to be with his friend, Harry Potter.” Dobby the House Elf not only died to save his friends; his dying words were all about them. That’s exactly what being a Cancer is all about. Cancer is a sign that loves being at home with their loved ones, and it’s not uncommon to see them care for their friends as their chosen family. With his chipper persona and protective nature, Dobby’s empathy and loyalty make him a heartbreaking Cancer sun.

Harry Potter is a Leo because you always know who Leos are. We get it, he’s the boy who lived! (Harry himself is honestly sick of his own infamy.) Leos often struggle because they see themselves as the lead character in everyone else’s life. Whether intentionally or not, Leos are the definition of divas and don’t always realize when the spotlight isn’t on them. If you’ve ever had a Leo friend make your sob story about them, now you know why. Luckily, Harry has Ron and Hermione to keep him in check. 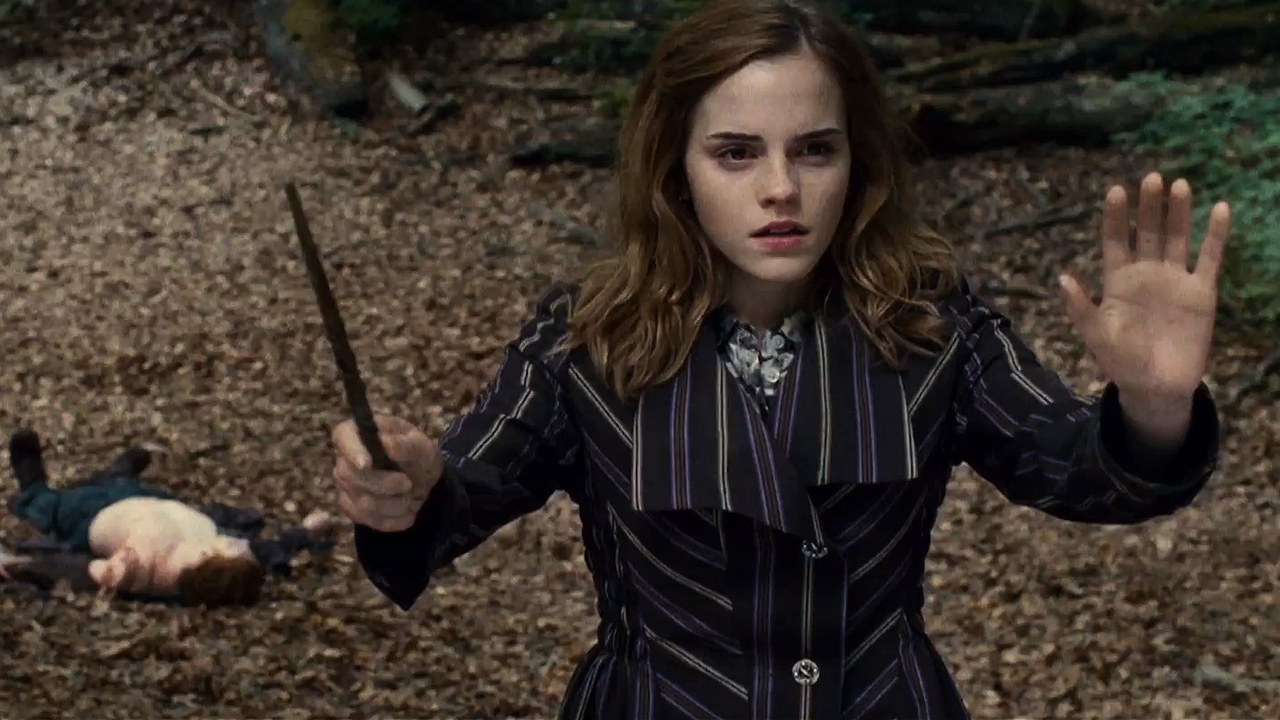 How do you spot a Virgo witch? Check their potion bottles for asterisks when their fellow students spell (wink) something wrong. And by Virgo witch, we mean Hermione Granger. Virgos are obsessed with presenting their very best selves to the world. While we rarely see them crumble under (self-imposed) pressure, they do have their limits. (And breakdowns. Typically in private.) Unless you’re a Virgo’s BFF, you’re never going to catch them crying in the bathroom because they accidentally put a cat hair in their Polyjuice potion. 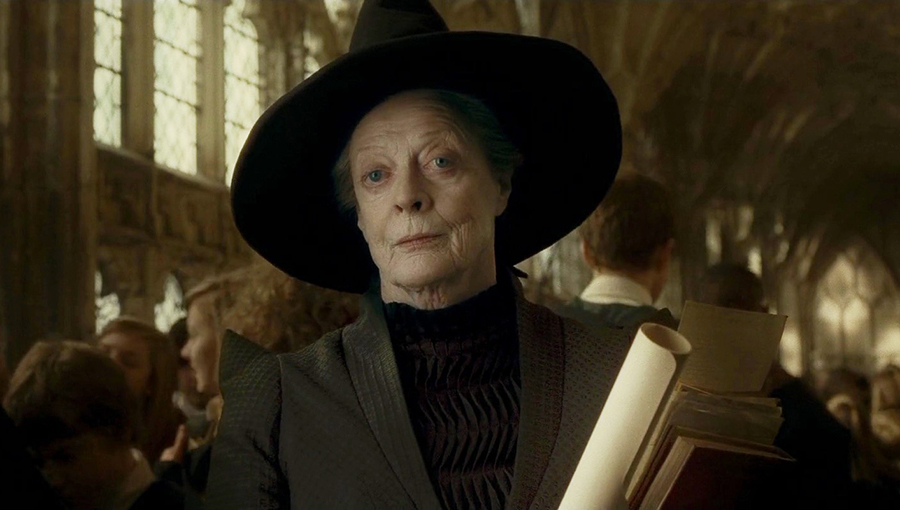 Libras are often stereotyped as the sign that falls in love quickly, but they also need to maintain their independence. When Professor McGonagall was young, she fell in love with Dougal McGregor during her first and only engagement. Because she hadn’t accomplished everything she wanted to, she left Dougal to be on her own. It broke her heart, but she then grew up to be the badass witch we know and love. Glow up, Minverva! 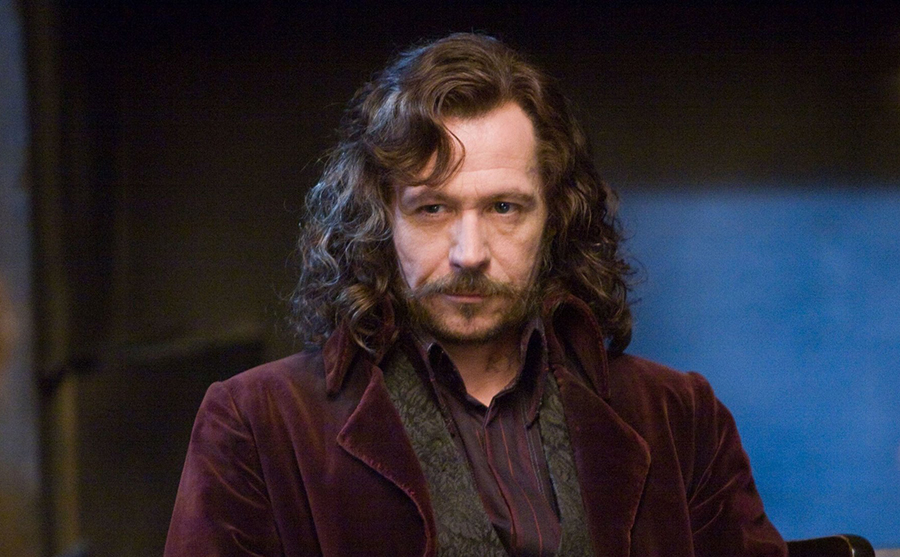 Sirius Black is the original Hogwarts bad boy: tall, dark, handsome, and smart. (Voldemort is just evil.)  In school, he was respected by his professors and although it took a while to clear his name, he’s the only known witch or wizard to escape Azkaban. Throughout the Harry Potter series, we learn more about Sirius’ dark history, and in true Scorpio fashion, he has many secrets. Sirius carries himself with an intense air of mystery; a tragic but enchanting aura. Scorpios are known for their desire for intimacy and honesty. They like to challenge others and get them to see things in a new way, just as Sirius did in his first book appearance. 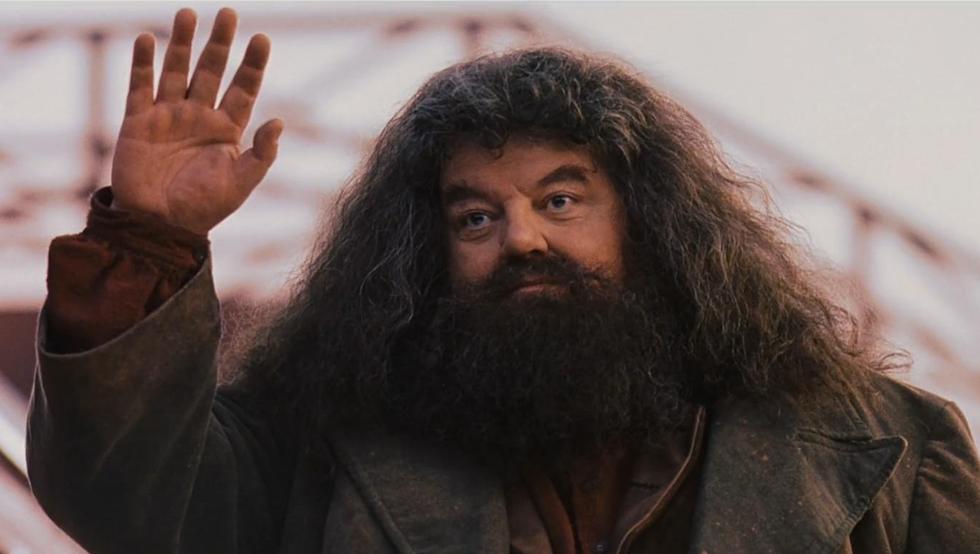 When Sagittarius suns are unable to travel, they seek out homegrown adventure to quench their endless wanderlust. They might lose themselves in books, dedicate their lives to trying new cuisines… or collect exotic, extremely dangerous magical beasts. Rubeus Hagrid without a doubt is a Sagittarius man, so don’t let his role as Hogwarts’ groundskeeper fool you. He went on to become Care of Magical Creatures Professor, despite never finishing his O.W.L.S. Sagittarius people love to learn and to teach. Through teaching, you learn even more, and knowledge keeps Sagittarius young at heart! 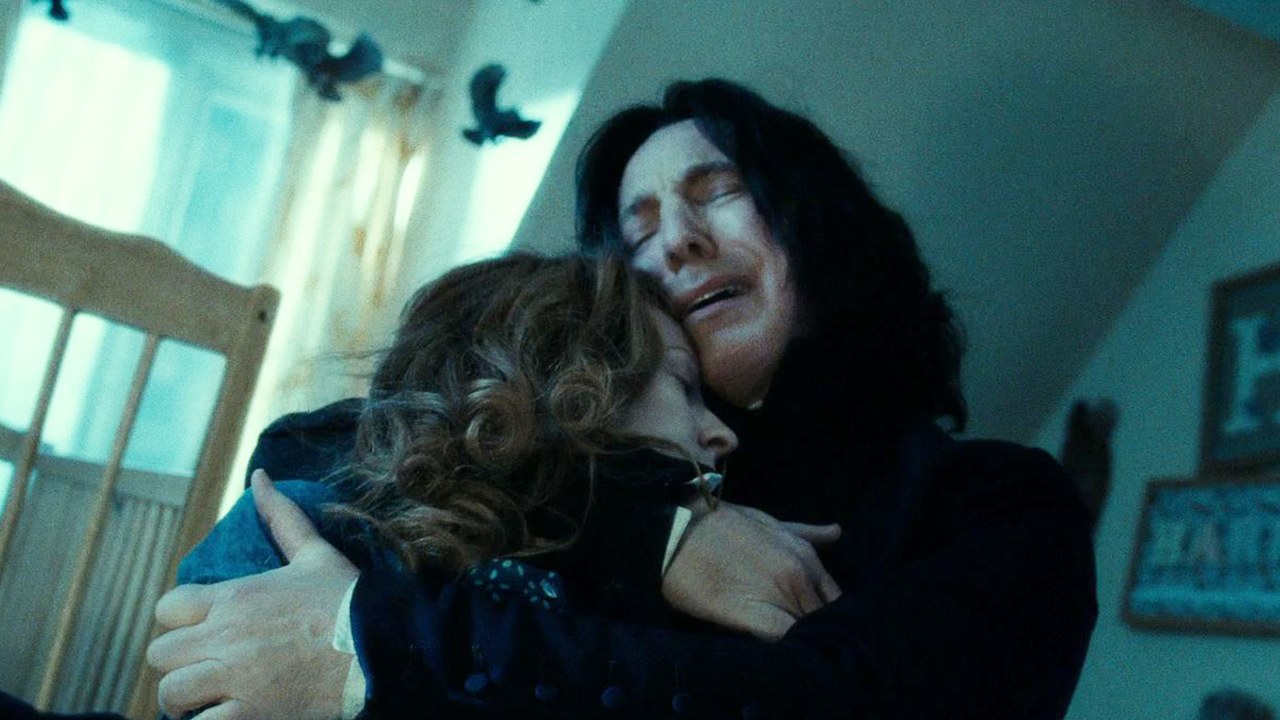 What other sign could Professor Snape be?! Severus is a perfect example of a Capricorn sun. In a Capricorn’s world, you reap what you sow–which means you will do your duty, no matter how hard it is. Though Snape rarely shares his feelings or desires, that doesn’t mean he doesn’t have them. (PSA: Ask your Capricorn friends how you can support their dreams or they’ll never tell you. Snape–and Capricorns–are playing the long game, and they’re willing to sacrifice everything if they’re truly committed to something… or someone. 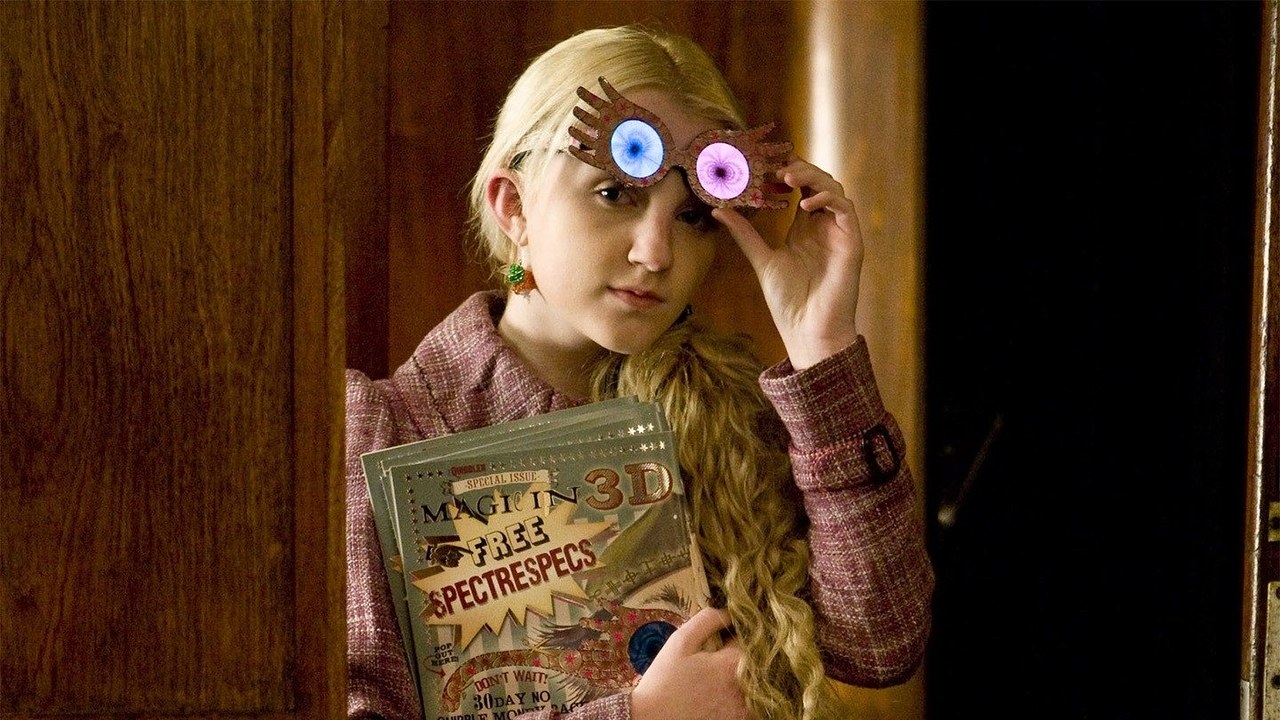 One of the more precious energies of the zodiac, Saturn-ruled Aquarius is obviously Luna Lovegood’s sign. Between her whimsical style and quirky non-sequiturs, Luna always attracts attention when she walks into a room. While Leos are happy to have all eyes on them, Aquarius seeks validation through their thoughts, ideas, and dreams. Sadly, her fellow students rarely appreciate Luna. But Luna doesn’t seem to care; in true Aquarius fashion, she treats everyone as equals, regardless of their magical status or species. 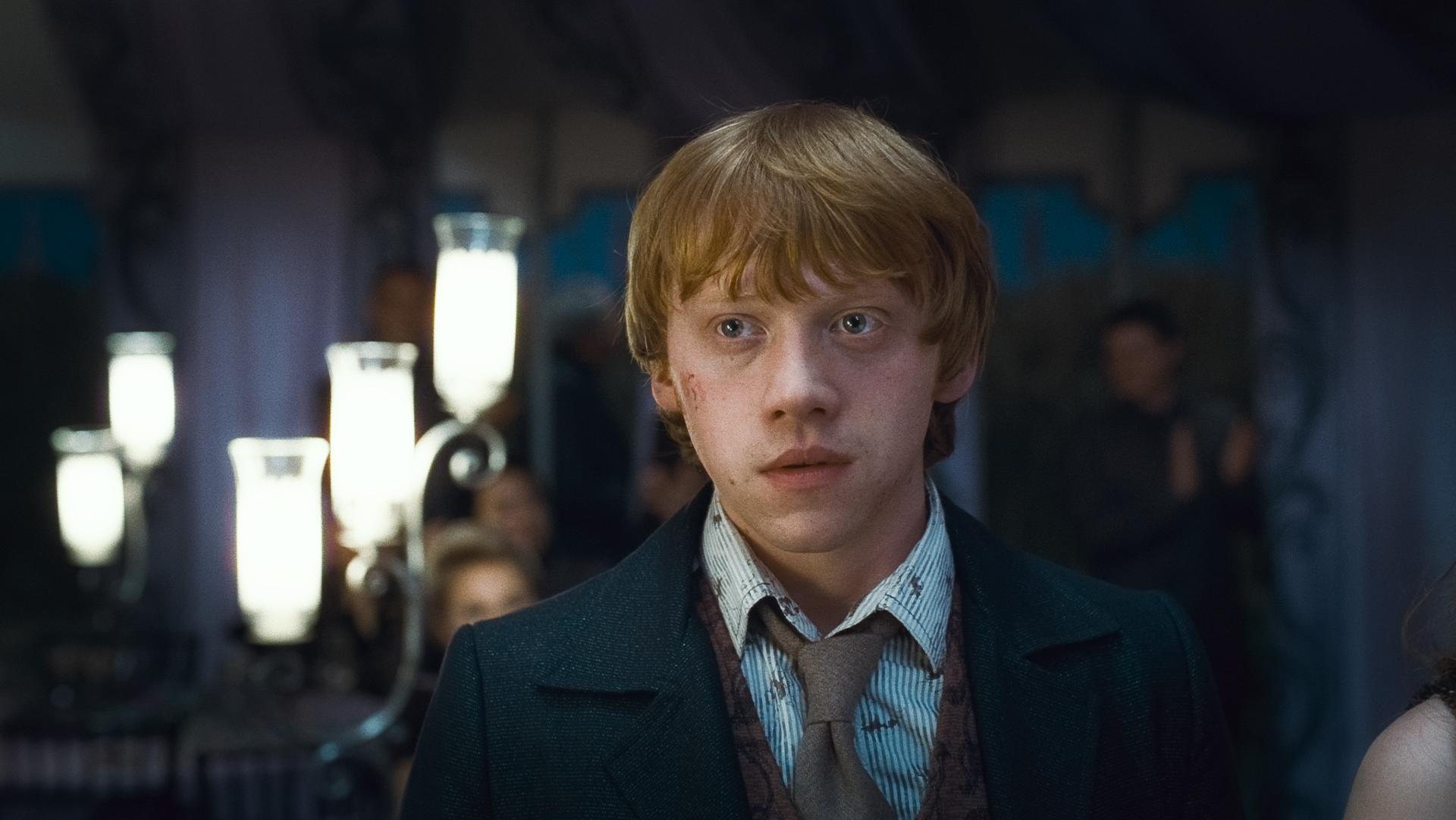 If a Pisces has an issue with you, you’ll know it–but they probably won’t say it aloud. Though they can be an extremely imaginative and creative sign, they are also often moody or distant. Pisces’ traditional and modern ruler is Jupiter, which leaves them sometimes making a situation worse without realizing it. Yes, Ron Weasley is a peach, but he doesn’t always know how to communicate his feelings, especially when it comes to Harry “The Boy Who Lived” Potter. But he is also a truly loyal friend, and like Pisces, he always comes back eventually.