It’s been entirely too long since we’ve seen a full episode of Rick and Morty, but Justin Roiland and Dan Harmon’s brilliant, bawdy sci-fi series is finally returning to Adult Swim this November.

We got a sneak peek of season four at San Diego Comic-Con this year (including a Taika Waititi cameo!) that showed Rick and Morty trying to build their own app. Though they’ve been all over the galaxy and replaced themselves in other dimensions, the Smith family could go into even more meta-commentary by exploring popular internet trends. Do we want to see Jerry dab? Well, kind of. But imagine if he got into astrology? We can just see Rick’s scowl of disapproval now.

So, to celebrate the upcoming season, we’re breaking down Rick and Morty characters as the Zodiac signs. 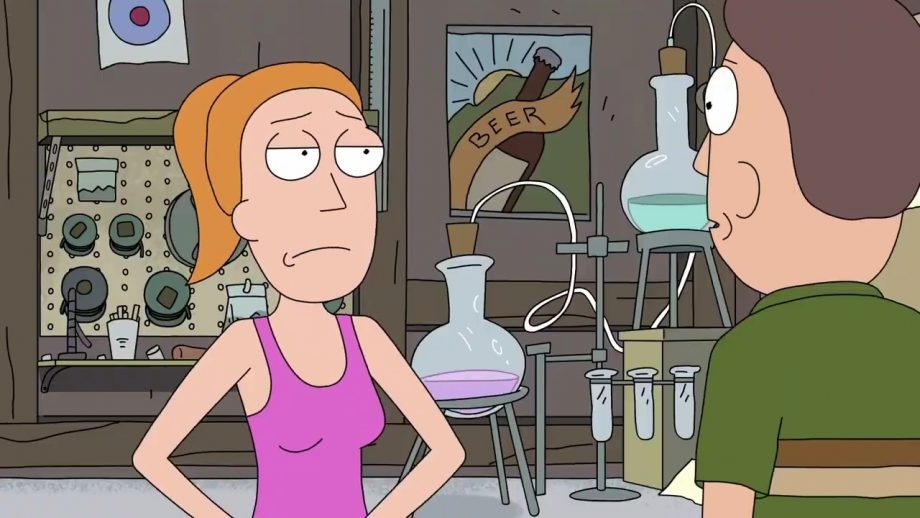 Aries can be such softies, and as the babies of the Zodiac, they hate feeling left out. We see this quality in Summer Smith, granddaughter of Rick Sanchez. Summer is always ready to go on an adventure with her grandfather, despite never really being invited. Throughout the series, we watch as Summer develops a sense of individuality, and works so hard to be included that even Rick starts to suggest we’ll be seeing more of her on adventures. It’s her willingness to put herself out there and journey of self-discovery that leads us to think that Summer Smith is an Aries. 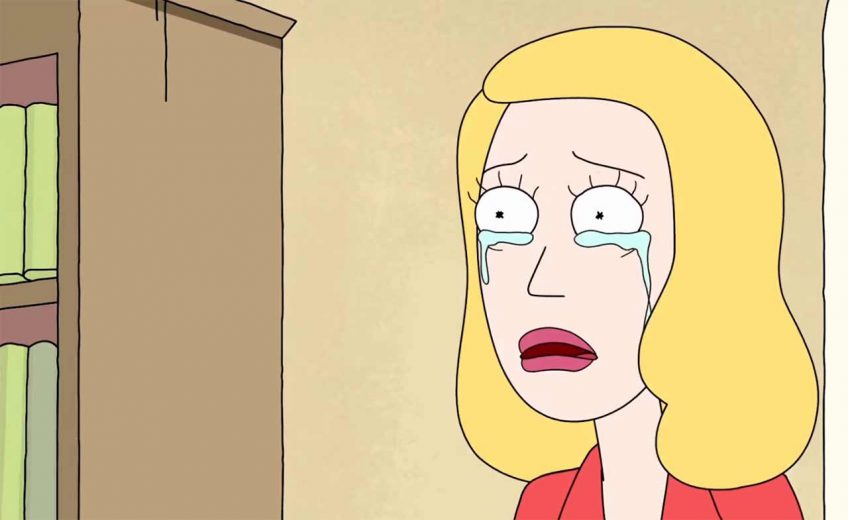 Abandoned by her father (Rick) and married to her high school sweetheart Jerry, Beth is the tragic horse surgeon who always felt like she deserved a better life. While she has a stable home and a decent job, Beth is often seen imagining what could have been. Characterized as having a stubborn streak, a superiority complex, and a desire for the ‘finer’ things in life, Beth Smith seems like a Taurus. Tauruses are known for being a pretty simple sign: all they really want is peace of mind. This is one of the reasons why they can come off as materialistic; they want the best so they don’t have to worry. Another Taurus trait that Beth possesses is that she’ll stay in situations and relationships longer than she wants to. Exhibit A: her marriage to Jerry. 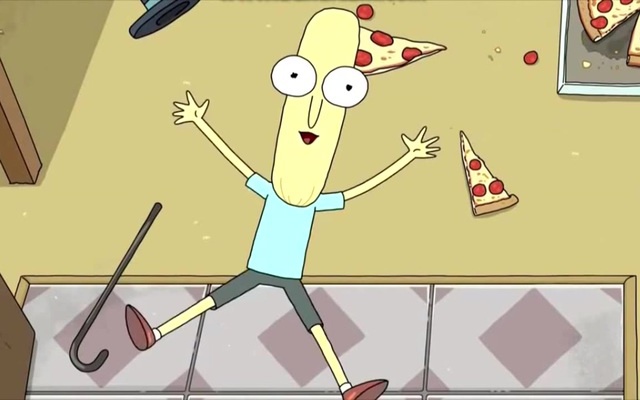 Talking to a Gemini is a bit like talking to a child. We don’t mean this in a condescending way, it’s just that they possess an inquisitive nature that’s not often found in adults. Take Mr. Poopybutthole, for example; he’s such a lovely and whimsical character that in “Total Rickall,” his friends don’t even realize he isn’t a figment of their imaginations. (To be fair, that was a tough one.) Mr. Poopybutthole’s high energy and desire to keep things fun shows us that he’s obviously an air sign! The thing that sets him apart from his Libra and Aquarius cousins is that he also lives a double life; one that we still have yet to learn about. On one hand, he’s Mr. Poopbutthole, an old-time friend of Rick Sanchez and the crew. On the other, he has a whole family that no one seems to talk about… Gemini much? Plus, at the very end of the season two finale, it’s Mr. Poopybutthole who promised us what every Gemini wants: clarity. 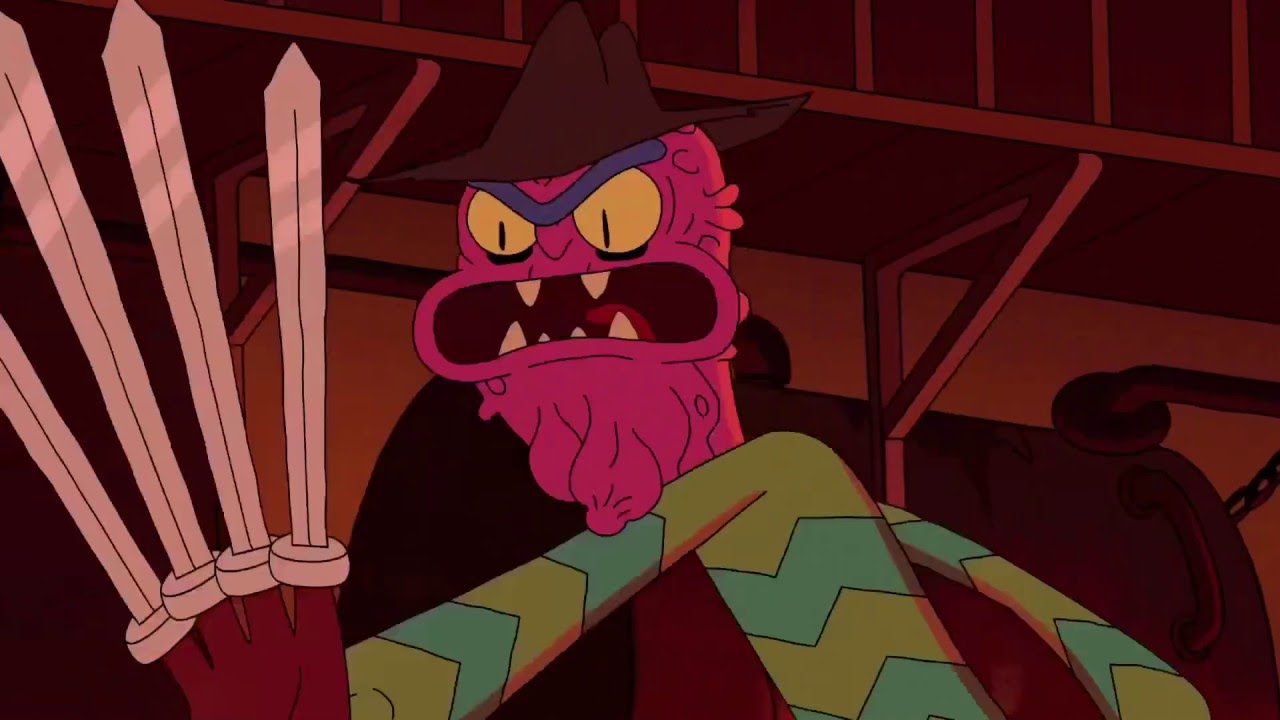 Scary Terry is a classic Cancer. He is so filled with compassion, empathy, and love! He enjoys being at home, is extremely loyal to his family, and he’s very welcoming of new pals. It’s a little difficult to see how wonderful Scary Terry is at first, though. Being a monster, he has been socially conditioned into thinking their feelings are “bad.” In turn, he works super hard to be what others expect him to be, which is probably why he appreciates his home life so much. Cancers adore being at home with their loved ones because there, they can take the armor off. For example, in “Lawnmower Dog,” it’s clear that Terry appreciated kind gestures from Rick and Morty. Loyalty means a lot to Cancers, so when you show them that they can trust you, you’re a friend for life! 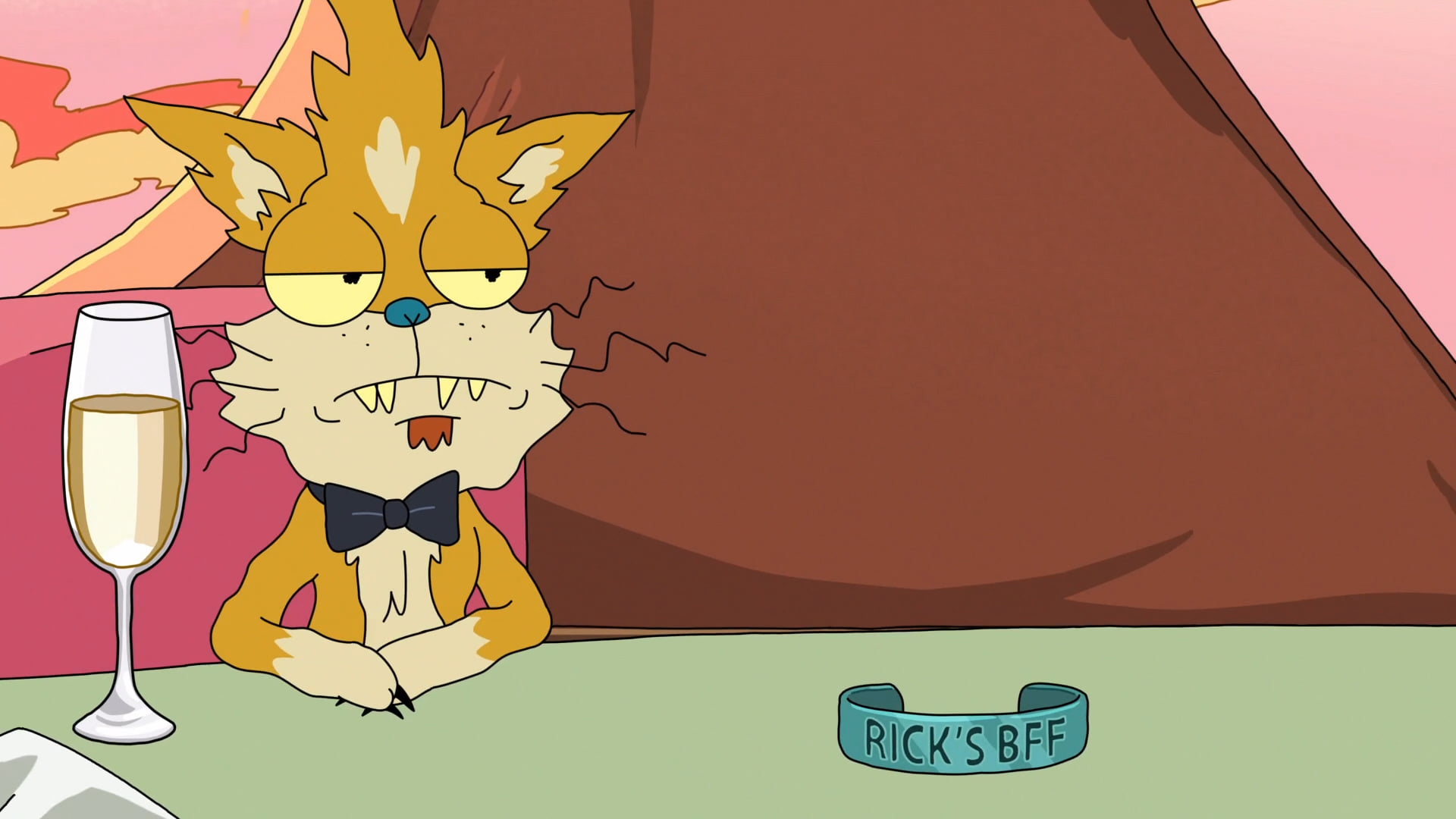 If you’ve ever met a Leo, you know at some point in the conversation they’ll let you know that they’re a Leo. Aside from Squanchy being an actual space cat, he has an uncontrollable habit of saying his name after every other word. Squanchy is both a noun, adjective, and extremely loyal friend, which he proves in “The Wedding Squanchers” when puts his life on the line to protect his buddy, Rick. Leos have a way of letting you think they’re all big and bad, but once you get past their huge manes, you start to see how generous they can be. For all those reasons, Squanchy is our resident Leo. 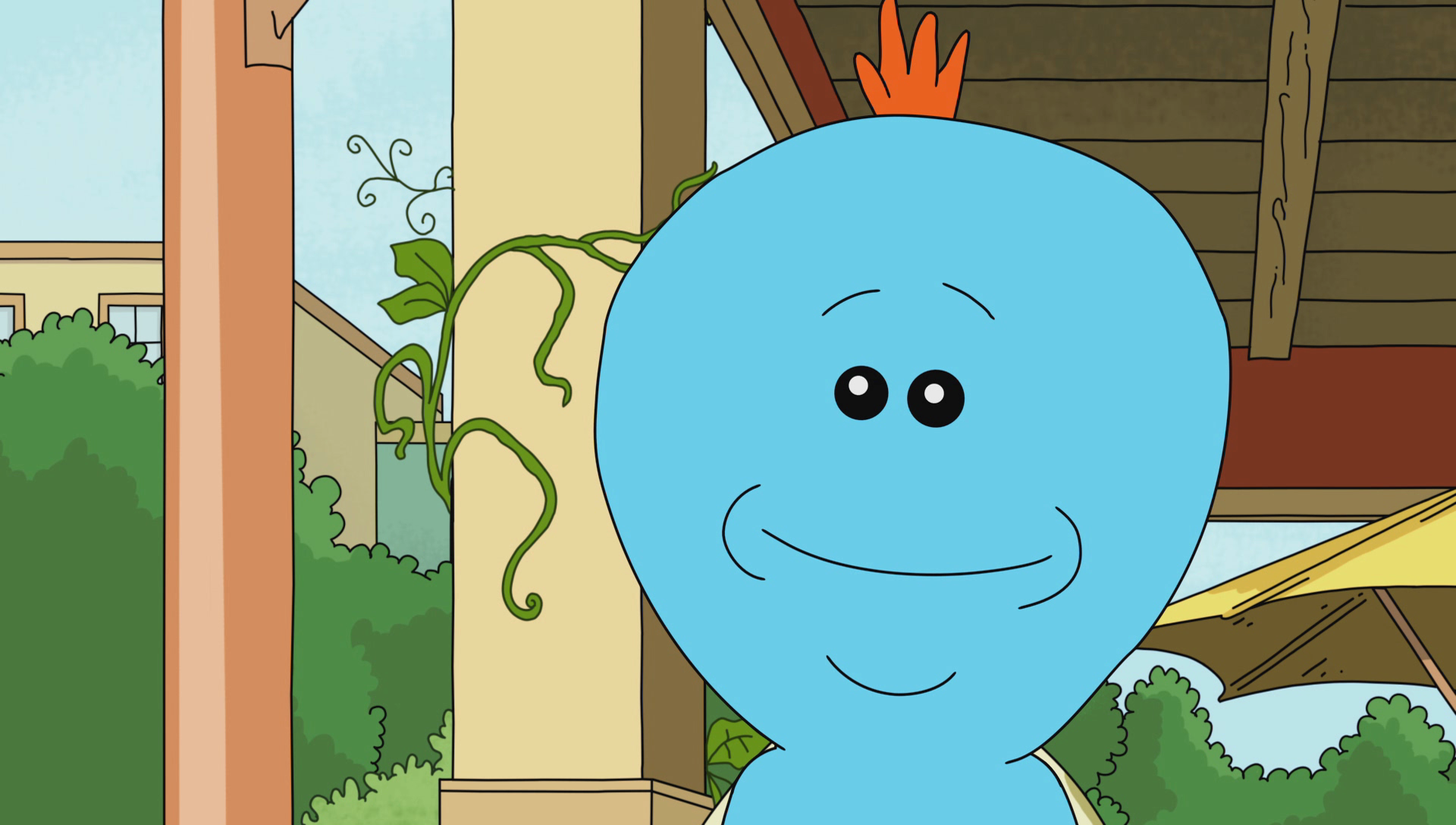 Virgos start out so helpful, don’t they? They want to help you complete tasks and check things off your to-do list, which is great — until they ghost you. Virgos are a practical sign. They appreciate working through each and every detail so they can eventually relax. In theory, it’s a nice gesture, but they have a habit of freaking out when they can’t finish projects in a “timely” fashion. The Meeseeks are the perfect example of the Virgo archetype, willing to serve and but needing to create clear boundaries. Like Virgo, the Meeseeks take on more than they can actually handle, rather than communicate their rules and regulations. If Virgos or the Meeseeks learn to ever develop realistic expectations for themselves and stop focusing on others so much… they’ll still probably ghost you. 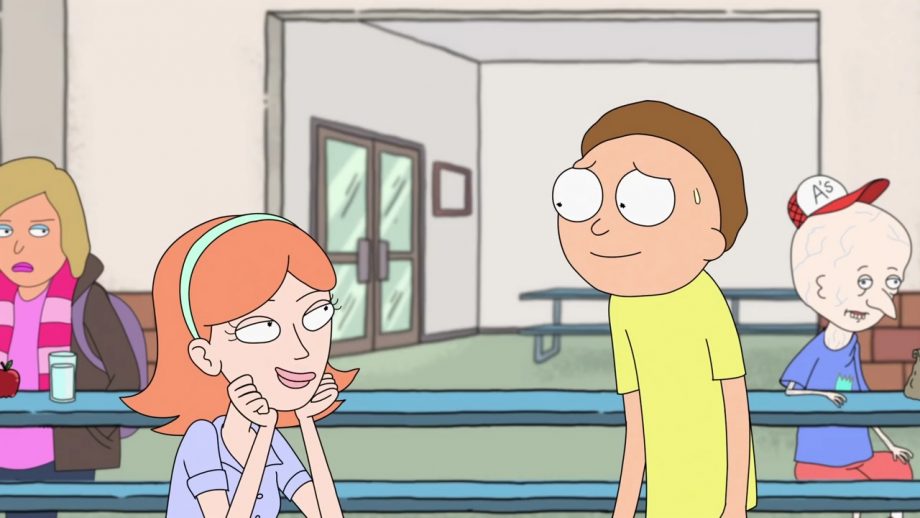 Sometimes we wish that Morty Smith would grow a dang spine already! He’s a sweet kid and all, but he bends over backward to often disastrous effect throughout the series. Rick literally drags Morty all around the universe, subjecting him to trauma after trauma, and it isn’t until season three when he finally snaps. In typical Libra fashion, he tries to accommodate everyone around him — maybe because he’s hoping that people will help him when he needs it. The downside of Morty’s nature is that his loved ones continuously take advantage of him and disregard his needs. If his chiropractor’s bill wasn’t a dead giveaway that Morty is a Libra, his crush on Jessica definitely is. After all, Libras almost always have a crush on someone. 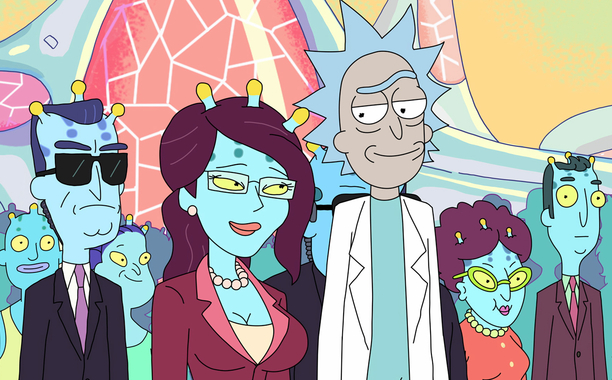 Scorpios work pretty hard to get to the root of the problem, using people’s core desires as a way to achieve unity. In a way, Scorpios act as a mirror reflecting who we are back at ourselves. In “Auto Erotic Assimilation,” we get a peek into Rick’s love life with a collective hivemind with the power to control others. Unity tries to keep up with Rick, but ultimately starts to lose herself with him. Unity isn’t the type to be satisfied by small-talk and escapism. Scorpios have a deep desire for intimacy and vulnerability, something that Unity searches for but can’t seem to find. Like a Scorpio, when she left Rick, she had no intention of opening up again. 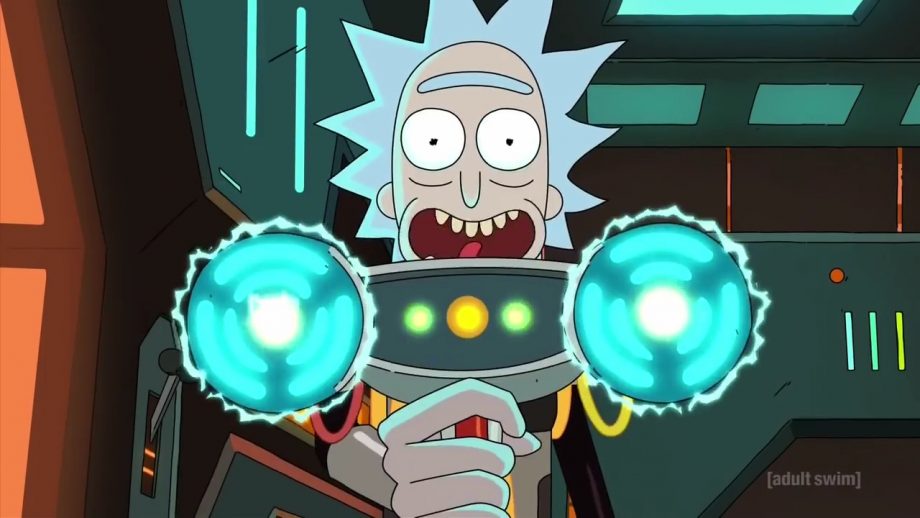 Popularly regarded as the “clowns” of the zodiac, Sagittarius is known for being adventure-seeking, happy-go-lucky, and hilarious. Like their Leo cousins, you’ll know a Sagittarius when you see one. Either they’re cracking jokes about an unpleasant situation or lecturing you about that one topic they’ve obsessively researched. There are many reasons why Rick Sanchez is a Sagittarius, and yas, “Wubba Lubba Dub Dub” is on that list. A Sagittarius creating a funny catchphrase about their “great pain?” Rick is a classic Sagittarius, who could really benefit from a visit with Dr. Wong. 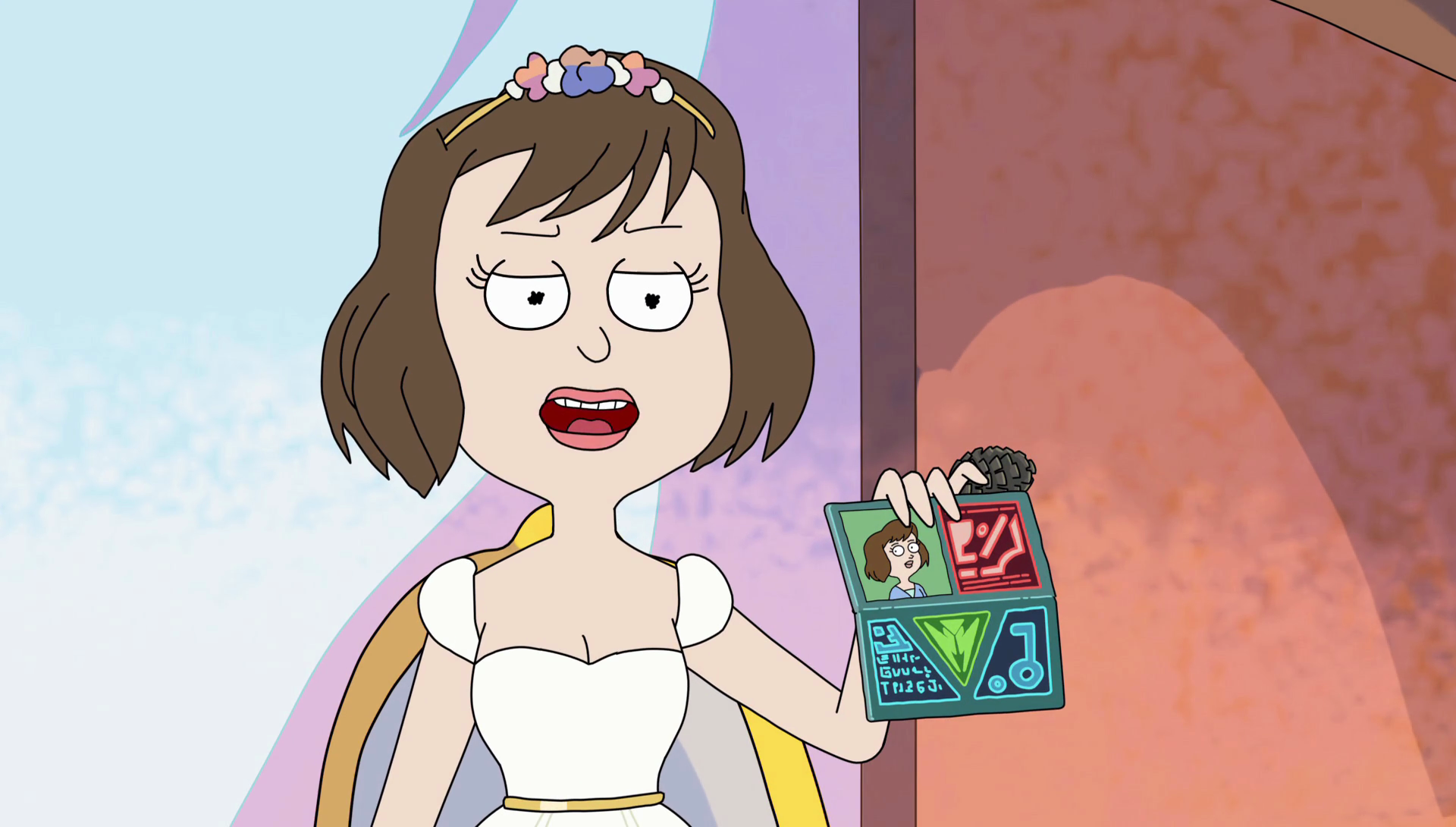 We don’t really know Tammy’s true personality, because in “The Wedding Squanchers,” she revealed that she’s an undercover agent and her entire backstory was a lie. However, we can debate that she did actually have feelings for Birdperson, because in “The Rickshank Rickdemption,” she has a version of her husband preserved. It’s Tammy’s focus on her mission and willingness to do the practical work that makes her a Capricorn. Capricorns do have big dreams and desires, however, they understand that in order to accomplish their dreams, they have to work (“b*tch” – Scary Terry). The flip side of Capricorn’s strong work ethic is that when they do party, they party hard. While we don’t know much about Tammy’s true personality, she didn’t have to portray her cover as a party animal. 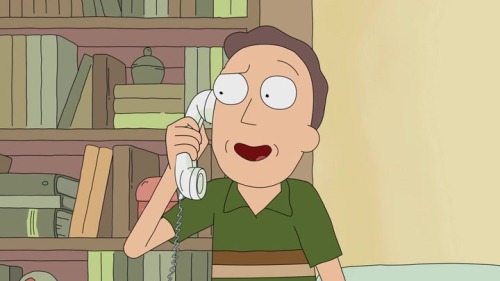 Aquarius just want to be appreciated for who they are, not who people want them to be. The problem is, they inspire big expectations which make it nearly impossible to be self-confident. Jerry Smith is a perfect example of an Aquarius because he too is not taken seriously. Plus, he’s a bit of a hopeless romantic. Aquariuses have a bad habit of being attracted to people who are terrible matches for them, but they’ll stick around forever if you let them. In “Mortynight Run,” Jerry is left in an alien daycare that projects his idea of paradise. It’s there we see that like Aquarius, Jerry desires praise and appreciation just for being himself. 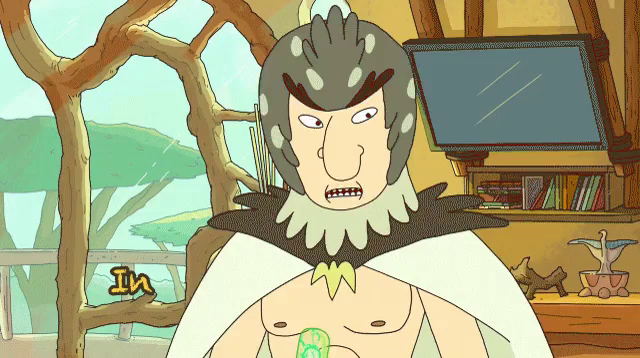 Finally, we have Birdperson — a delightful weirdo. Pisces is the imaginative and dreamy sign of the zodiac, known to come up with creative and sometimes ridiculous ideas. Pisces tend to stand out in comparison to the rest of their friends, but no one ever side-eyes their eccentric behavior. Maybe it’s because they always seem to find their “soul family,” or because they’ll disappear long enough that people forget how zany they can be. Birdperson, like Pisces, is the lovable but mildly absent character we’ve grown to appreciate when he does show up. While he isn’t a frequently reoccurring character, he does show a high level of understanding and compassion for his friend Rick. Plus, wouldn’t it be like Pisces to romanticize all the red flags in a relationship with a total stranger (cough Tammy cough).