Hamilfans have been counting down the days until July 3. That’s when Disney+ will debut the highly anticipated stage recording of Hamilton featuring the original Broadway cast. But viewers aren’t the only ones excited to see the ten dollar Founding Father without a father back in action. The musical’s stars have been promoting the film all across social media and on TV. Their latest push might be their best, though. They got together for a massive virtual singalong on The Tonight Show. Lin-Manuel Miranda, Phillipa Soo, Renée Elise Goldsberry, and all their cast mates joined Jimmy Fallon and The Roots for a social distancing rendition of “Helpless.”

Despite being spread out around the country, the  Hamilton cast was anything but “Helpless” on The Tonight Show performing the song from the musical. Led by Soo, the catchy pop track tells the (slightly altered) history of how Eliza Schuyler first met Alexander Hamilton. Their relationship started when the Continental Army was stationed at Morristown, New Jersey in 1780. The song, which also features Jasmine Cephas Jones, Leslie Odom Jr., Daveed Diggs, and the rest of the cast, then explores about how the two quickly fell in love and agreed to be married.

This isn’t the first time the cast has held a virtual reunion during quarantine. They previously came together to sing “Alexander Hamilton” on John Krasinski’s Some Good News to make a young fan’s birthday extra special. 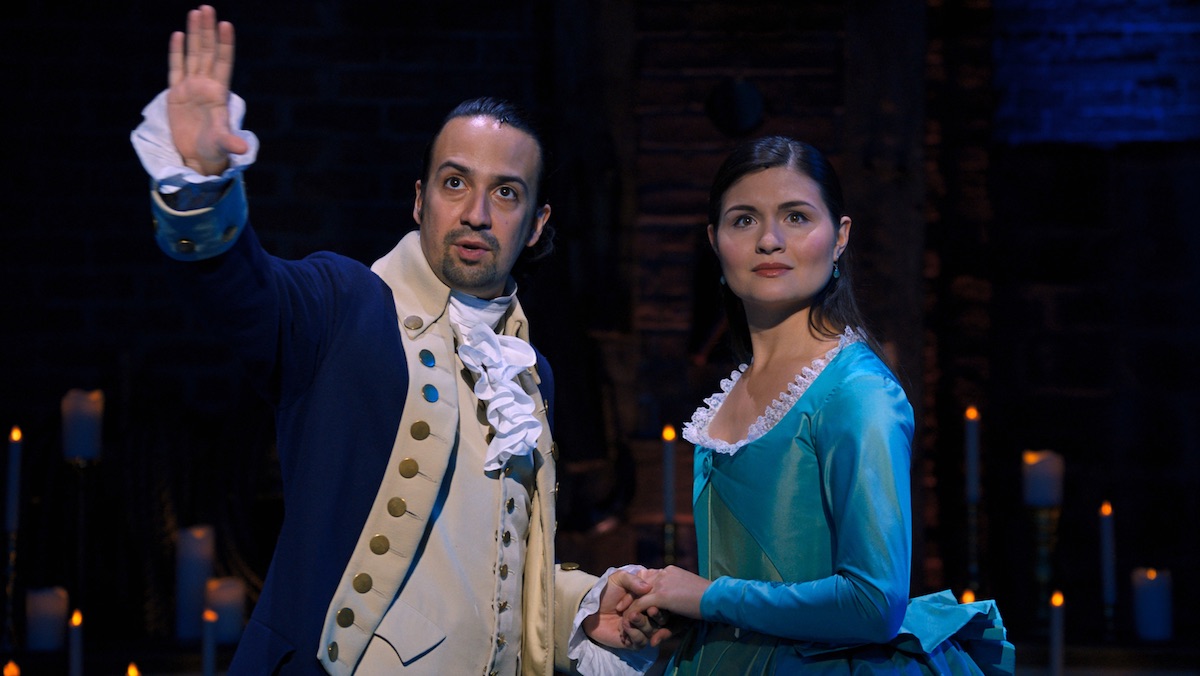 As much as we can’t wait to see the original Broadway cast on stage—something most of us never got to do and assumed we wouldn’t—we wish they’d also do the entire soundtrack this way. These social distancing performances help us notice elements to the songs we never have before. (Which is amazing considering how many times we’ve listened to them.) Seeing the different elements and vocals isolated gives us a new way to appreciate these songs.

It’s not like fans wouldn’t watch both versions. A lot. We’re helpless when it comes to hearing these songs.