This Halloween Candy Corn Hot Dog Is an Edible Abomination

Just as science can occasionally go too far so too can people’s culinary pursuits. In a strikingly brutal demonstration of this axiom, Jonathan Surratt, a devout sandwich maker, has invented a “Candy Corn Dog” as a spooky treat in honor of Halloween. And folks, you can forget about Michael Myers or even Pinhead. Because this… thing is a truly demonic abomination.

The Takeout reported on Surratt’s crime against nutrition, which the sandwich maker first envisioned thanks to, what else but a Twitter thread. The Chicago Dogs, a professional independent baseball team, posted a picture of candy corn pieces sprinkled between two hot dog buns. Words were exchanged between Surratt and his pals, and with two simple words, “corn dogs,” the nightmare was born.

In honor of #Halloween, I created a very scary sandwich. Introducing the Candy Corn Dog sandwich.

Be brave and go read about it! https://t.co/K8SVyEWKcp

don’t threaten me with a good time https://t.co/yLQEmuo7M8

As for the end product, it’s quite gross looking. Obviously people love to give candy corn flak—it’s the pineapple pizza of candy—but it’s usually at least edible. The Candy Corn Dog sandwich, on the other hand, genuinely seems wrong. And almost makes us feel as if millions of candy corns across the globe are crying out in pain. 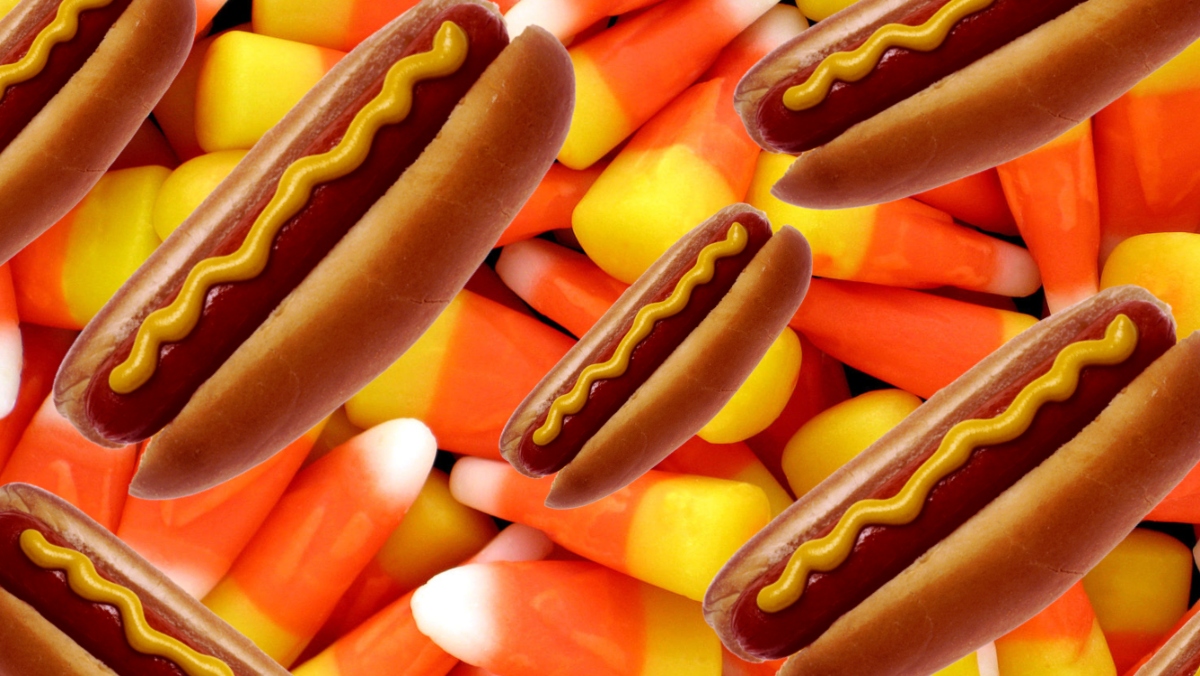 Regardless of how disgusting the Candy Corn Dog looks, we’re happy to see Surratt experimenting. Halloween is a time for experimentation, after all. With everything from digital light shows to costumes to robotics. And yes, even snacks. Although any type of Starburst footlong would be one Franken-food too far!