GUNPOWDER MILKSHAKE Is a Blast From the Past in the Now

The story centers on Sam (Karen Gillan), who follows in her mother Scarlet’s (Headey) footsteps as a hired killer for The Firm. When she decides to help protect a young girl, Emily (Chloe Coleman), and botches her job, she joins forces with the trio of women from the library and her estranged mother to fight back. 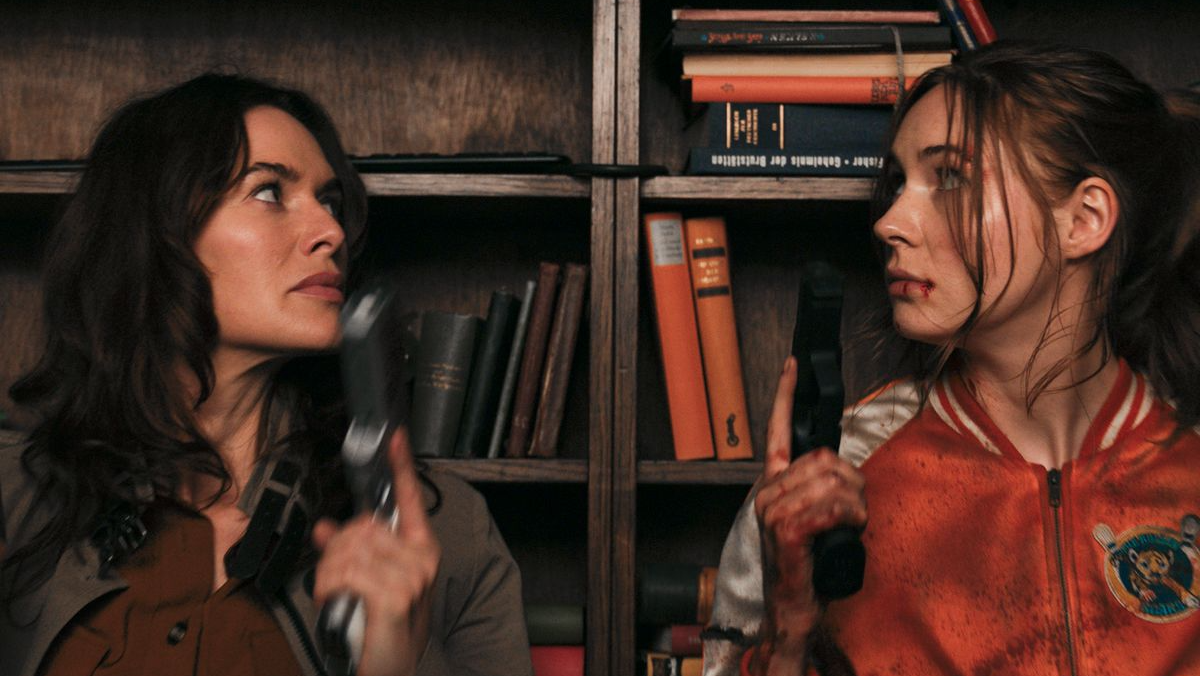 When we meet the trio of ladies—Anna May (Bassett), Florence (Yeoh), and Madeleine (Gugino)—in the library, the conversation feels similar to John Wick’s first Continental trip. The combo of books and weapons is perfect. Thankfully, the dialogue doesn’t use heavy exposition to enlighten viewers of the world. The talent of the actresses holds our attention; from Anna May’s bluntness to Madeleine’s warmth, each one gets to shine. Emily (Coleman) is adorable as the eight—excuse me—eight-and-a-half-year-old little girl now thrust into this dangerous world.

The story is fast-paced, and the dramatic music fills out the film’s old-school vibe. The fight choreography is inventive and exciting. A few instances will prompt viewers to give a long, drawn-out “damn.” It will be a challenge to choose a favorite between the fight scenes, though two in particular stand out. 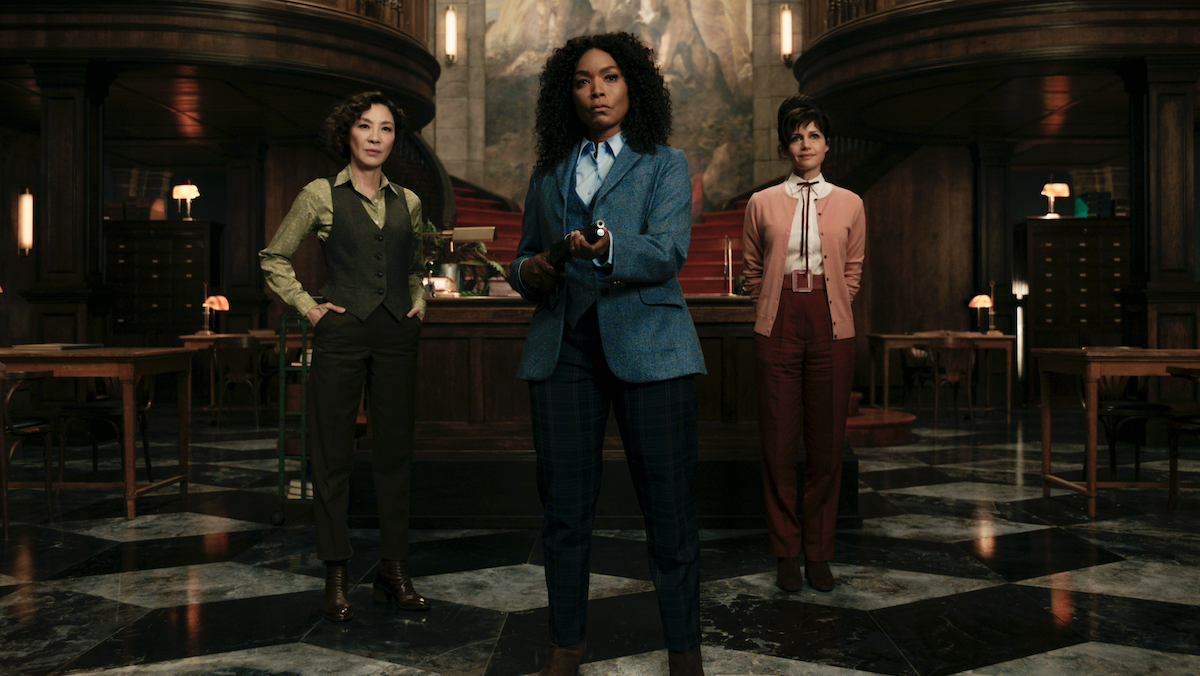 The color palettes are gorgeous—the reds and purples in the bowling alley, the white austerity of the clinic, and the brown of corporate patriarchy captivate the eyes. It’s like a living mood board. Tarantino is likely an inspiration for aesthetics; I also get Sam Peckinpah, Akira Kurosawa, and Bogart film vibes. It is a challenging feat, yet Gunpowder Milkshake pulls off incorporating styles from previous decades.

Gunpowder Milkshake has style, from directing to fighting to dialogue and costume/set design. It all works in conjunction with the others. There is room for more stories in this world. A prequel that explores the relationships between Anna May and Scarlet and Madeleine and Florence would be fabulous, as I felt there is more than a friendship between these characters. Exploring it in this film would have been preferable, even if it adds to the runtime. A story of the young quartet when they first encounter each other.

A film with three generations of women and girls joining together to take down The Man has never been this entertaining, beautiful, and violent. Watch as soon as it drops. Fingers crossed for a prequel and sequel.