Sometimes children follow in their parents’ footsteps. If their parent was a teacher, they may also decide to become educators. Others go to medical school to become their family’s latest doctor. Karen Gillan follows this sort of path in Netflix‘s upcoming action-thriller Gunpowder Milkshake. Like many children, she took up her mom’s (Lena Headey) profession. Unlike in the case of most families, that meant becoming an elite assassin.

“Sam was only 12 years old when her mother Scarlet, an elite assassin, was forced to abandon her. Sam was raised by The Firm, the ruthless crime syndicate her mother worked for. Now, 15 years later, Sam has followed in her mother’s footsteps and grown into a fierce hit-woman. She uses her ‘talents’ to clean up The Firm’s most dangerous messes. She’s as efficient as she is loyal.

But when a high-risk job goes wrong, Sam must choose between serving The Firm and protecting the life of an innocent 8-year-old girl – Emily. With a target on her back, Sam has only one chance to survive: Reunite with her mother and her lethal associates, The Librarians.”

That’s a damn good synopsis for a film. Especially since three generations of women teaming up also includes Carla Gugino, Michelle Yeoh, and Angela Bassett. With Paul Giamatti also in the cast, you don’t even need to show a trailer to sell us on this movie. 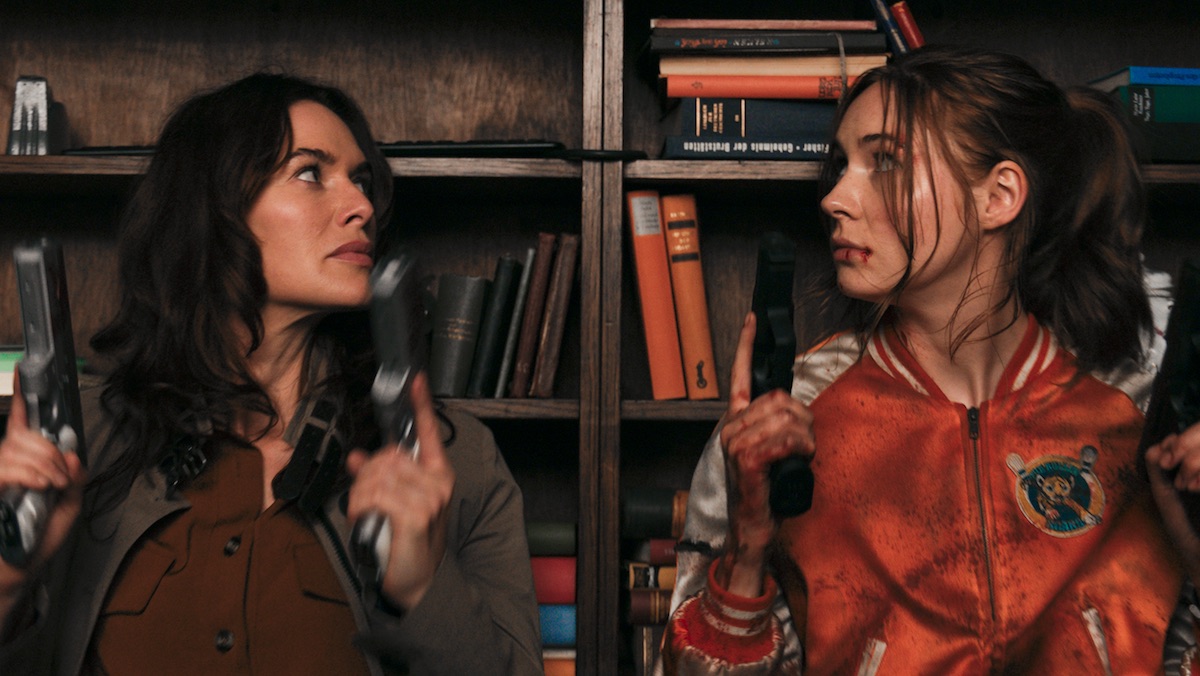 We’re still glad to get these first looks, though. The cinematography and action sequences on display in this trailer are also plenty reason enough to watch the film when it comes to Netflix on July 14. That said, with this much violence, we’re not sure all parents will want to watch this one with us. Parents with certain sensibilities might not want to follow in our footsteps on this one.