How THE MANDALORIAN's 'The Tragedy' Connects to Plagueis - Nerdist

How THE MANDALORIAN’s ‘The Tragedy’ Connects to Plagueis

The Mandalorian‘s fantastic—yet very upsetting—fourteenth chapter was tantalizing even before anything happened. The episode’s title, “The Tragedy,” is a loaded Star Wars phrase that hearkens back to one very specific moment from the galaxy’s past. It recalls “The Tragedy of Darth Plageuis the Wise.” And based on what transpired during the episode, it was a fitting name; Grogu seems certain to become the vessel that helps create Snoke and resurrect Emperor Palpatine. 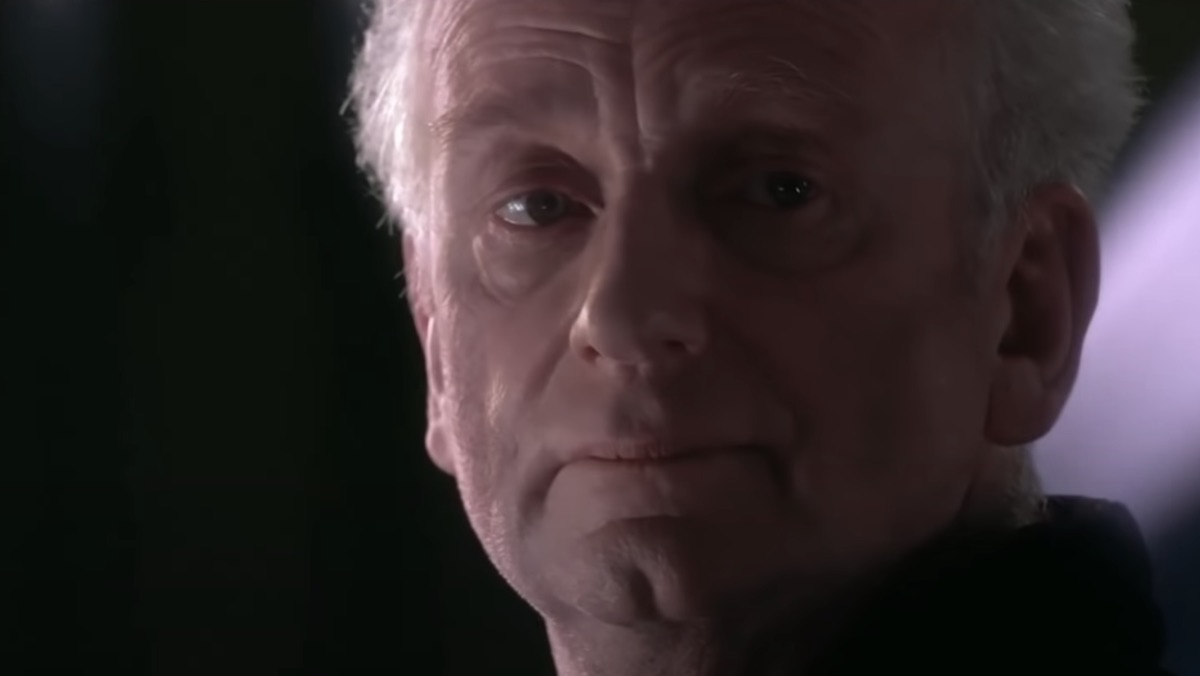 Earlier this season, we learned exactly why the remnants of the Empire want Baby Yoda. Dr. Pershing used Grogu’s blood to try and create Force-sensitive beings; this was part of a project overseen by the fiercely loyal Imperial officer Moff Gideon. We didn’t learn exactly who those bodies in the vats (the most recent failures) were or what Gideon has planned for them. But Pershing did discuss the general plan, and its shortcomings, in a hologram recording:

“Replicated the results of the subsequent trials, which also resulted in catastrophic failure. There were promising effects for an entire fortnight, but then, sadly, the body rejected the blood. I highly doubt we’ll find a donor with a higher M-count, though. I recommend that we suspend all experimentation, I fear that the volunteer will meet the same regrettable fate if we proceed with the transfusion. Unfortunately, we have exhausted our initial supply of blood. The Child is small, and I was only able to harvest a limited amount without killing him. If these experiments are to continue as requested, we would again require access to the donor. I will not disappoint you again, Moff Gideon.” 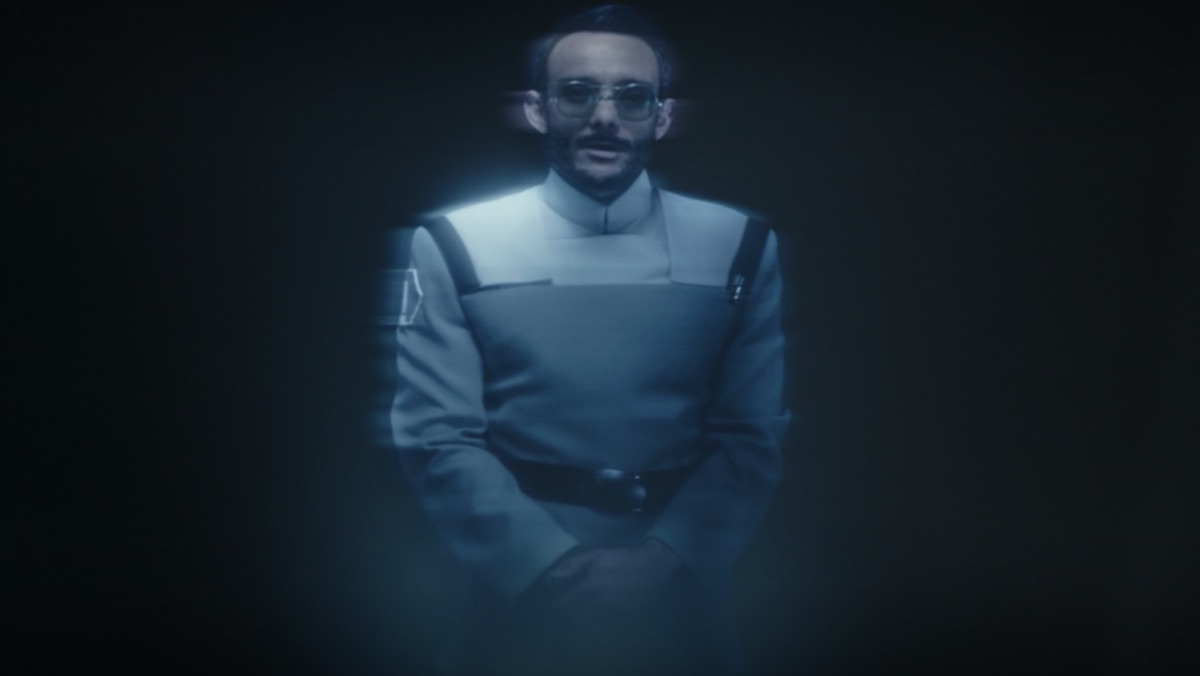 “M-count” refers to everyone’s favorite prequel-era addition to the franchise, midi-chlorians. They’re the microscopic lifeforms that live in the cells of Force-sensitive beings. Midi-chlorians give these beings their connection to the Force. Like Anakin Skywalker, Baby Yoda has an unusually high M-count, which makes him incredibly powerful. It also makes him uniquely desirable for Pershing’s monstrous experiments.

An old Dark Side legend says that you don’t need to be a scientist to manipulate midi-chlorians. In a memorable scene in Revenge of the Sith, Supreme Chancellor Sheev Palpatine told Anakin an infamous story.

“Did you ever hear the ‘Tragedy of Darth Plagueis the Wise?’ I thought not. It’s not a story the Jedi would tell you. It’s a Sith legend. Darth Plagueis was a Dark Lord of the Sith, so powerful and so wise he could use the Force to influence the midi-chlorians to create life. He had such a knowledge of the Dark Side he could even keep the ones he cared about from dying….The Dark Side of the Force is a pathway to many abilities some consider to be unnatural….He became so powerful, the only thing he was afraid of was losing his power, which eventually, of course, he did. Unfortunately, he taught his apprentice everything he knew, then his apprentice killed him in his sleep. It’s ironic he could save others from death, but not himself.” 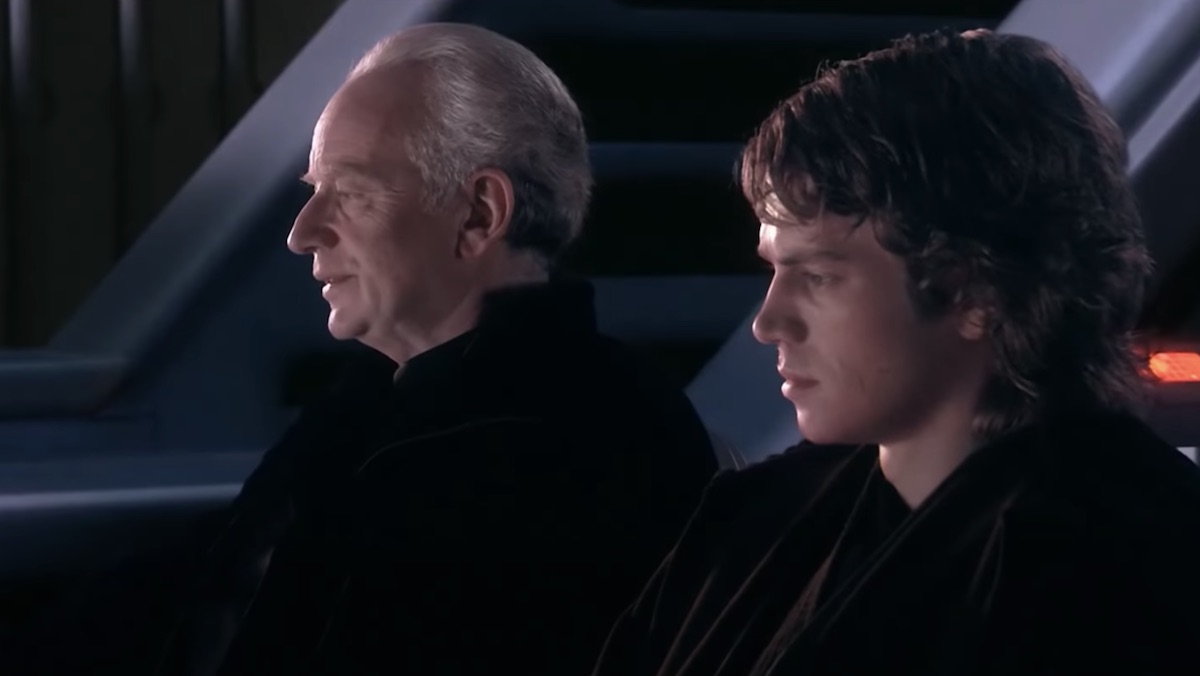 That sinister moment has long hung over the franchise like Chekhov’s blaster. It’s such an intriguing idea—a Sith being able to literally cheat death—that it seemed certain we would eventually get a major payoff. A wildly popular The Last Jedi fan theory was based on that very belief. Many expected Snoke would be revealed as Darth Plagueis, Palpatine’s former master who has managed to prevent his death thanks to his powers.

That didn’t turn out to be the case. But, as we theorized it might, The Mandalorian has presented a new way to make good on the promise of Plagueis.

In the not too distant future of the Star Wars timeline, Snoke will be created in a laboratory. In The Rise of Skywalker, we see vats of his extra bodies, similar to the ones seen on The Mandalorian. It now seems certain that Dr. Pershing’s work with Grogu will, even if indirectly, make Snoke’s “birth” possible. Gideon’s project will lead to Snoke eventually. (Whether Gideon knows that or not is still a mystery.)

Far worse is that it seems likely to also lead to Palpatine’s return in The Rise of Skywalker. If and when it does, it will pay off that iconic moment from the prequels, just in different ways than we imagined. Everything Palpatine told Anakin will prove true.

“A Dark Lord of the Sith so powerful and so wise, he could use the Force to influence the midi-chlorians to create life.”

Palpatine is so powerful that even from beyond the grave he will lead a plan to use Grogu’s midi-chlorians to create life.

“He had such a knowledge of the Dark Side he could even keep the ones he cared about from dying.”

This knowledge will keep Palpatine himself from dying.

“The Dark Side of the Force is a pathway to many abilities some consider to be unnatural.”

Everything about Snoke’s creation and Palpatine’s resurrection are unnatural. This is the “dark science, cloning—secrets only the Sith knew” that Kylo Ren heard about on Exegol. 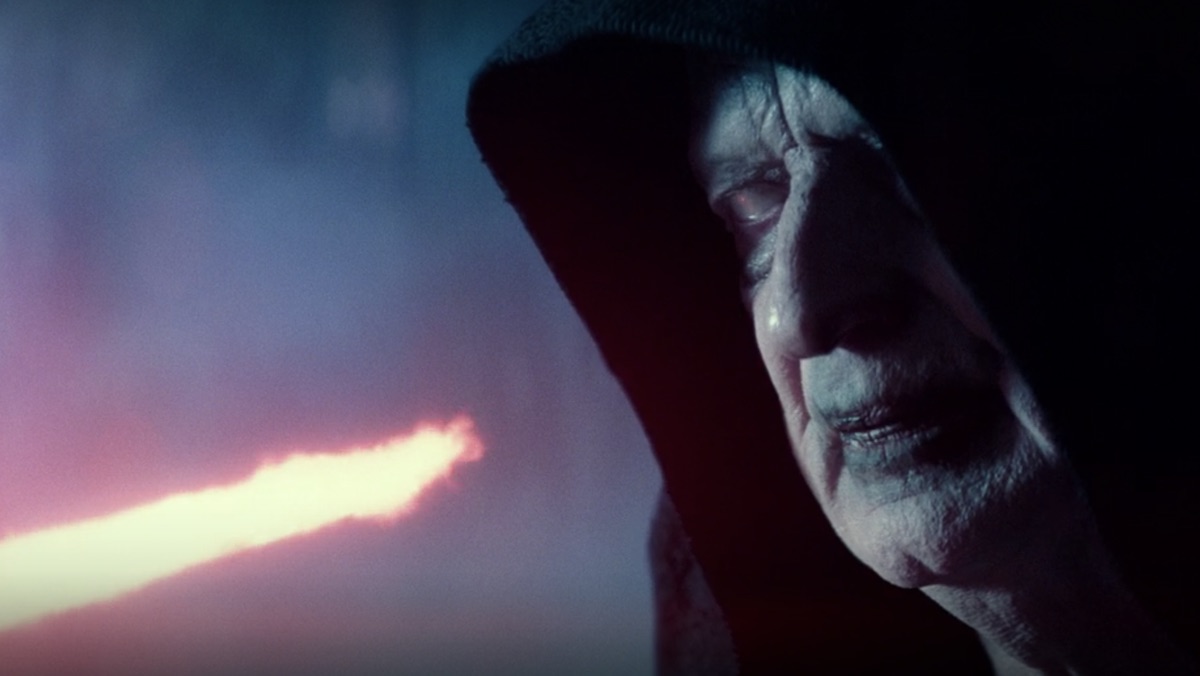 In the great tradition of the franchise, “The Tragedy” had more than one meaning. It referred to the capture of Grogu, yet also recalled “The Tragedy of Darth Plagueis the Wise,” a Sith legend finally proving as relevant as fans always expected. The fate of Grogu and the entire galaxy hang in the balance. But hope is not lost for either. Palpatine forgot the most important lesson from his own story all those years ago.

“He became so powerful, the only thing he was afraid of was losing his power, which eventually, of course, he did.”

Darth Plagueis couldn’t save himself. And neither can the Emperor.