Since The Mandalorian debuted on Disney+ last year, we’ve learned more about Mando lore. Din Djarin, the titular Mandalorian, and the covert he called home follow a creed. This creed includes not removing one’s helmet in front of another being. That is certainly not a tradition we’ve seen Mandalorians follow in previous appearances in Star Wars: The Clone Wars or Star Wars Rebels. Jango Fett wasn’t technically a Mandalorian, but he took his helmet off all the time. Whereas once Boba Fett got older, we didn’t see him with the helmet off. What changed in Mandalore culture to lead to this new creed? The newest episode of The Mandalorian, “The Heiress,” gives us a little insight into this. 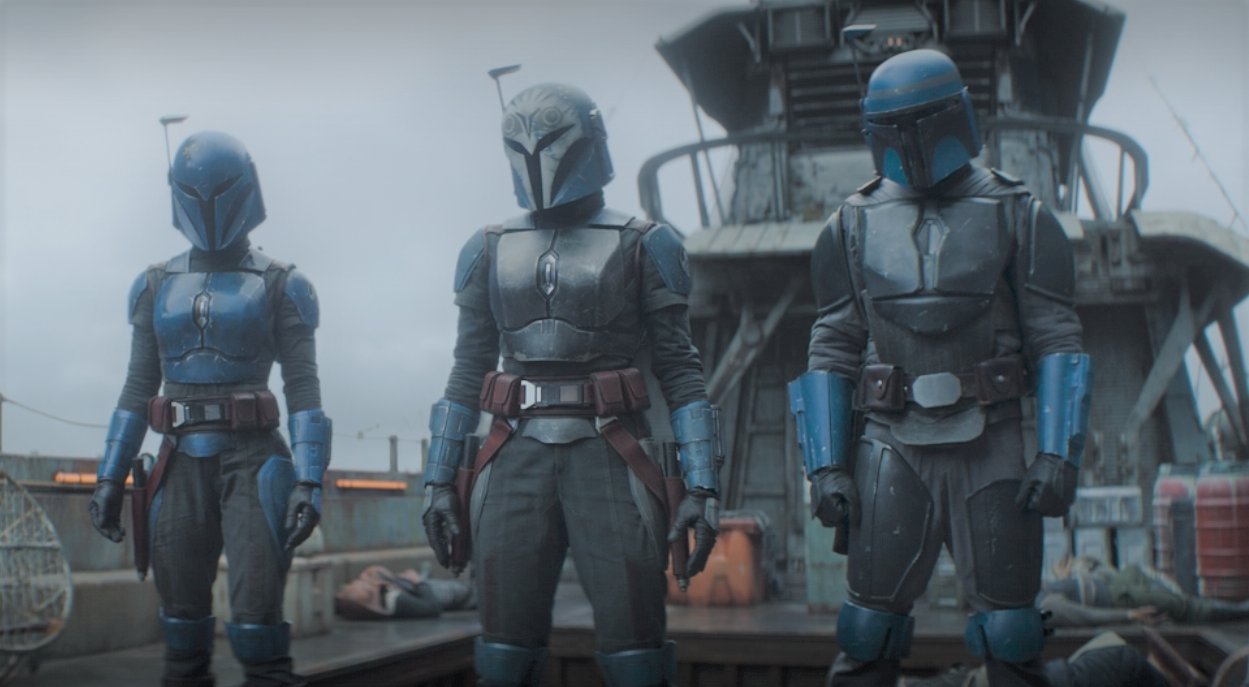 As Din will tell anyone multiple times, he’s been quested. In his search for other Mandalorians, he encounters none other than Bo-Katan Kryze. Two compatriots, possibly part of a new iteration of the Nite Owls, accompany her: Koska Reeves and Axe Woves. Two seconds after they save Din and the Child, they remove their helmets. Din reacts with shock and a basic: what are you doing? In reaction, Koska curses. They clearly do not think this is the way. They call Din a “Child of the Watch” in a reproachful way that illustrates they do not agree with him.

Bo-Katan calls Death Watch, the ones who rescued a younger Din Djarin and made him a foundling, “religious zealots.”  Though it’s important to note she only refers to them as Children of the Watch, not Death Watch. The Death Watch broke away (or stayed broken away) from Mandalore society at some point, perhaps during the Galactic Civil War, to re-establish the ancient way. This points to the Death Watch still holding themselves separate from Mandalorian culture, like we first saw in The Clone Wars. 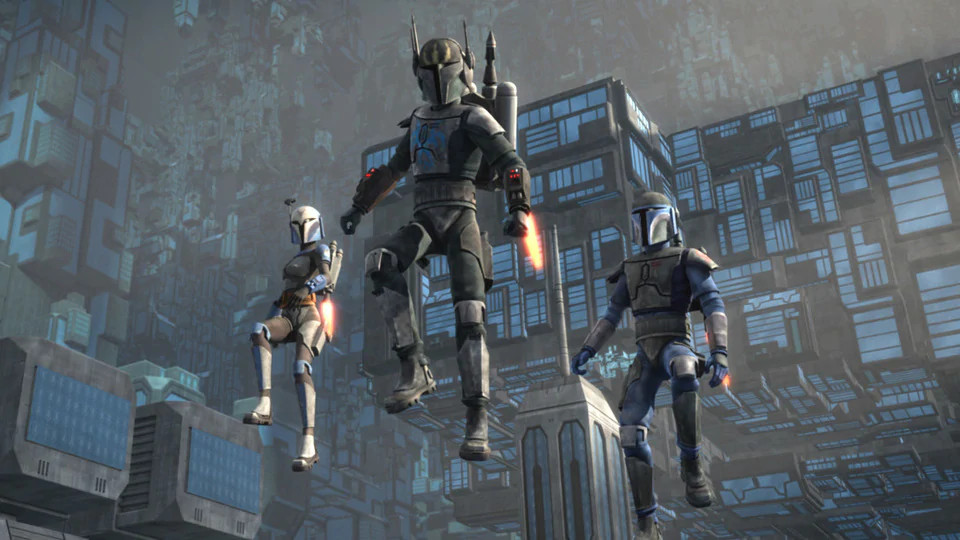 In The Clone Wars, the Death Watch was a terrorist group attacking the current regime—a regime Duchess Satine Kryze, Bo-Katan’s sister, led. Following a civil war, the Duchess made pacificism the status quo on Mandalore. Unhappy about the squelching of Mandalore’s warrior past, the Death Watch protested Satine’s rule with violence—violence Bo-Katan and her Nite Owl squad participated in as members of the splinter group (until Maul took over Death Watch leadership anyway). At this point in time, Death Watch members freely removed their helmets.

So the Death Watch that saved baby Din Djarin clearly isn’t the same as the Death Watch as it once was. They do seem to have a reverence for the ancient ways in common. And a strong desire to return to them. It explains why Din may be a little sheltered in regards to some things—like not knowing about the Jedi. During the Clone Wars era, the Death Watch had a contentious relationship with the Jedi. And the Sith, too. Maul contributed to their downfall. It’s no wonder they call them evil sorcerors.

However, it’s interesting to note that the Death Watch still stands apart as its own group with its own beliefs. And those beliefs don’t align with Bo-Katan’s. As she used to wield the Darksaber as the former leader of Mandalore, one could argue she is the “true” Mandalorian. If Bo-Katan successfully regains the Darksaber from Moff Gideon, those who follow her may be at odds with remnants of Death Watch. Will the Death Watch reform into a terrorist group? Or will they find a way to quietly follow their own beliefs within Mandalorian society?

Whatever happens, we can’t wait to learn more Mando lore.