Greg Nicotero on the Bloody Madness of CREEPSHOW Season 1 - Nerdist

Greg Nicotero on the Bloody Madness of CREEPSHOW Season 1

George Romero’s 1982 film Creepshow continues to be one of the most influential movies of all time. The horror anthology—from writer Stephen King, a loving tribute to EC Comics of the ’50s—kicked off a resurgence of anthology TV series in the years that followed. We’re in the midst of another renaissance, with shows like Black Mirror and the new Twilight Zone. Perfect time for Creepshow to resurface. The first season on Shudder produced 6 episodes, with two different darkly humorous horror tales per episode. With the first season heading to Blu-ray, we spoke to executive producer Greg Nicotero about bringing Romero’s vision to the modern age. 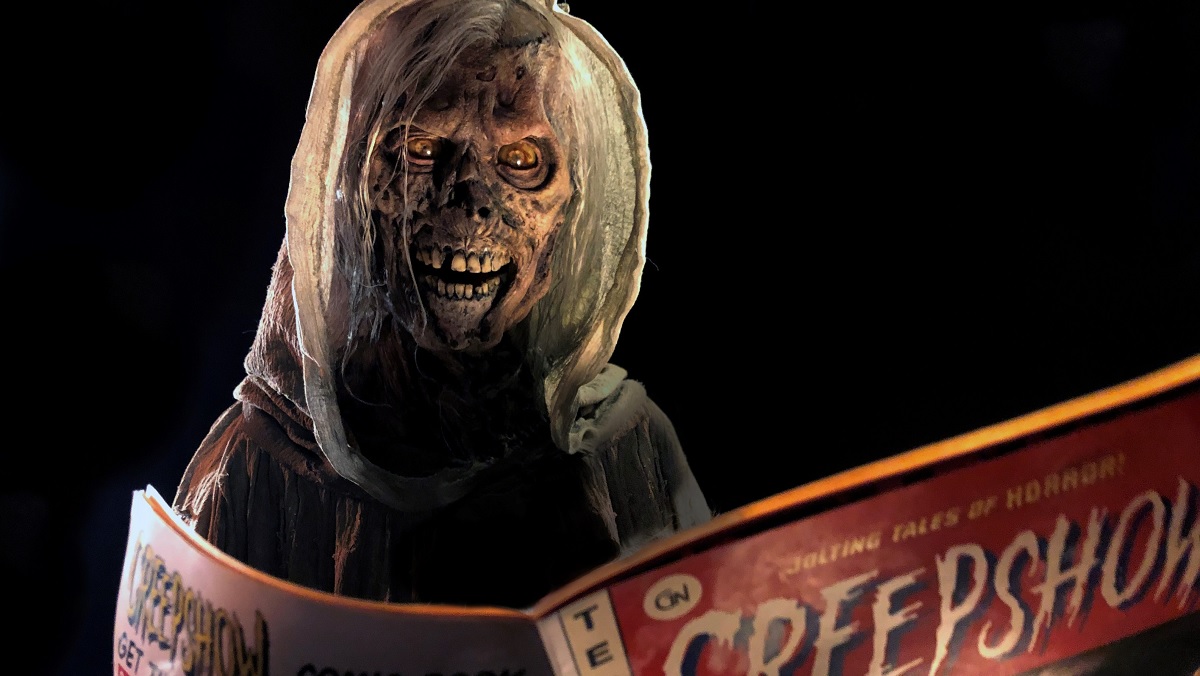 “Ultimately, I wanted to have a good time,” Nicotero told Nerdist. “That’s really what George captured.” Though terrifying, the vignettes in the original Creepshow had a definite thread of humor throughout. Some were much sillier than others. Just how much Nicotero and company would lean in to the comedy was a bone of contention. “It’s funny because I got into some rather heated discussions at times about the ‘Jordy Verrill’ episode [of the ’82 movie],” he explained. “We had a couple of scripts that were even a bit more outrageous and a little more almost straight comedy with some horror elements. And I kept going, ‘Guys, look at the original Creepshow. Look at the Jordy Verrill episode. It’s so outrageous.'” 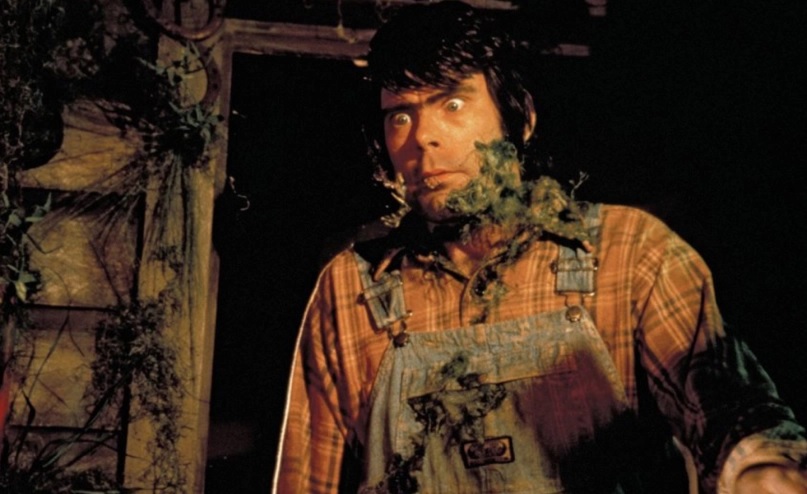 That episode, “The Lonesome Death of Jordy Verrill,” found Stephen King as a rube named Jordy Verrill. Jordy brings a piece of meteorite into his home in the hopes the local college will pay him. It’s too hot, so he douses it with water and it begins to sprout a glowing blue substance. That substance causes strange alien weeds to grow, engulfing Jordy himself to his end. It’s definitely the most outwardly comedic of the movie. 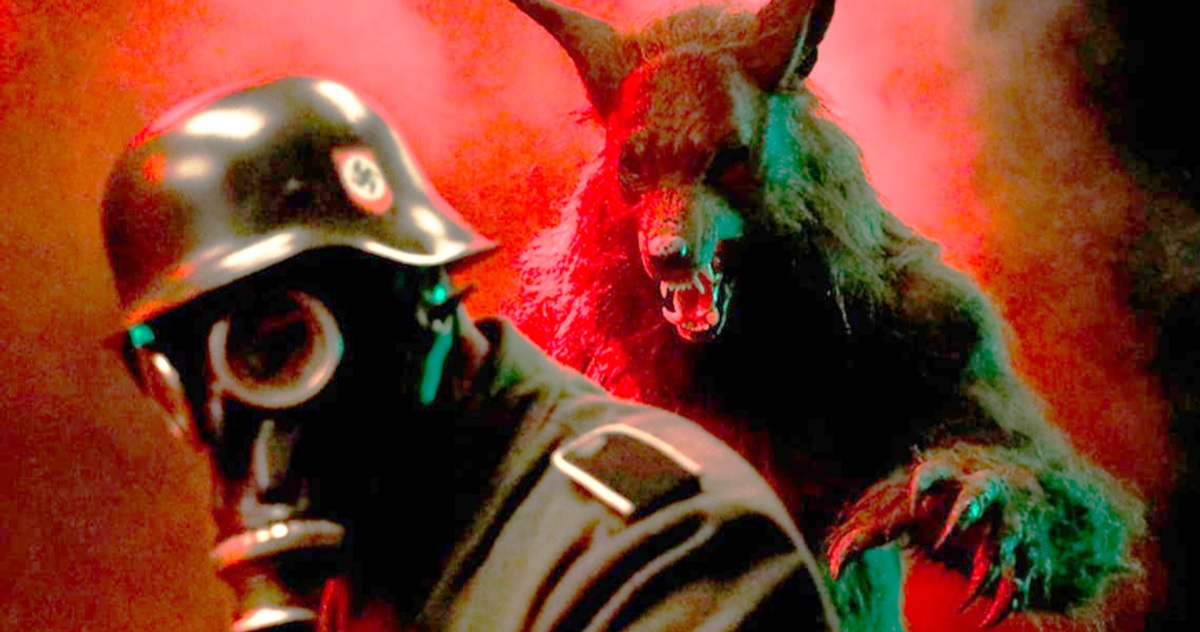 “I used that,” continued Nicotero, “to sort of make sure that we were able to get in a few episodes that were a little more lighthearted and a little more fun. Like ‘Skin Crawlers’ [about a “miracle” weight loss routine]; and ‘Bad Wolf Down’ [about werewolves fighting Nazis]. So I felt like the tagline of the original Creepshow, which is ‘the most fun you’ll ever have being scared,’ was really how I sort of pursued making sure that the stories felt authentic to the comic book world.”

Tone was one issue, but another was pairing each story together. As each episode of Creepshow contained two stories, it became imperative for Nicotero to make sure the stories complemented each other. “As a matter of fact, it was really challenging,” he told us. “Because we were shooting for seven days per episode, we have three and a half days per story. So there were a few instances where episodes that we had wanted to pair together, we couldn’t because of the running time. I hadn’t thought about [that] when we were shooting. We were looking at a 44 minute window. ‘Times is Tough in Musky Holler’ [the second story of the fifth episode] was a shorter episode. So we ended up having to pair it with ‘Night of the Paw,’ one of the longer stories.” 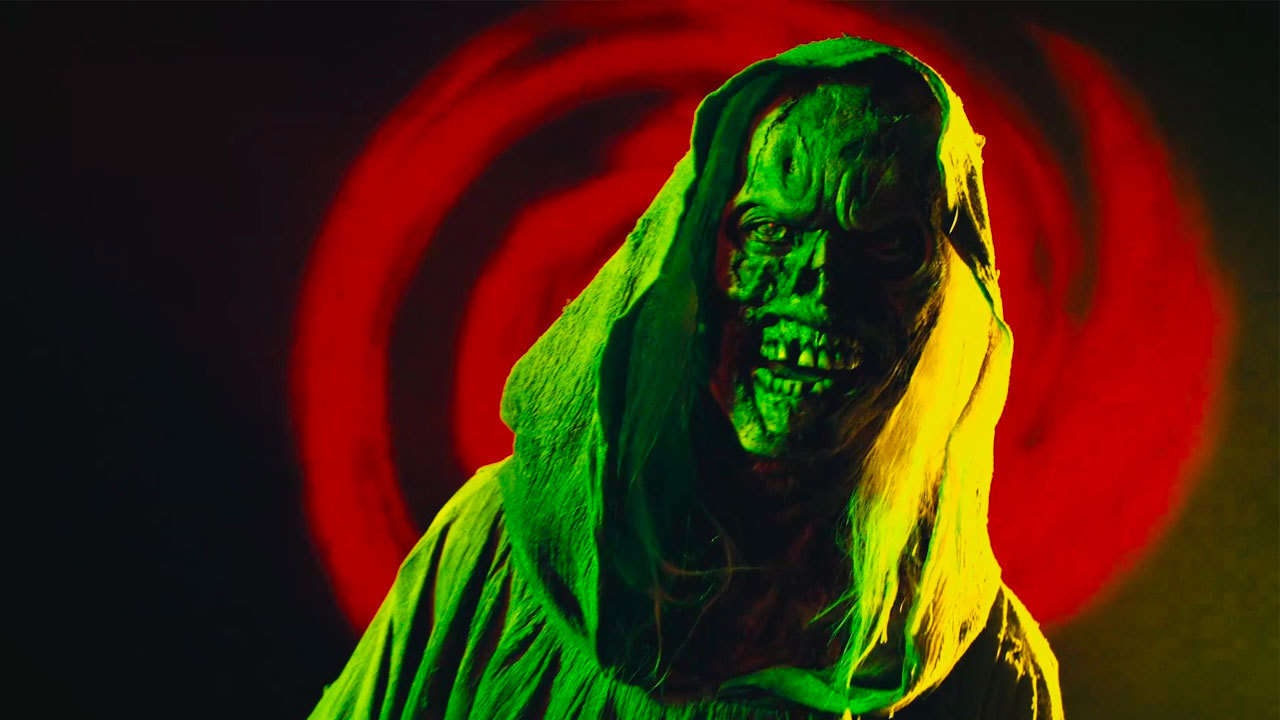 Nicotero is, of course, a legend in the practical and makeup effects world, coming up in the Romero school of zombies. This made him perfect to executive produce AMC’s smash hit The Walking Dead, very much in the mold of Romero’s earlier zombie movies. He’s directed 32 episodes of that series, the most of an individual by far. Given the track record, he’d of course want to direct a few Creepshow stories himself. But which ones?

“As soon as Creepshow was greenlit,” Nicotero told us, “I reached out and said, ‘Hey, we’re doing Creepshow. I can’t imagine Creepshow without a Stephen King story”. Indeed, King wrote the screenplay to the first movie, and Romero himself adapted three King shorts for 1987’s Creepshow 2. Stephen King’s involvement is paramount. “And King wrote me back within two hours,” Nicotero continued, “and was like, ‘I got the perfect story.’ He sent me a short story called “Survivor Type”; basically it’s a guy who’s marooned on a desert island that’s the size of a parking lot and he breaks his ankle and has to amputate his foot and he ends up slowly eating himself bit by bit. And I read the short story again. I had read it a long time ago and I read it again and I was like, ‘Holy shit! This is insane.'” 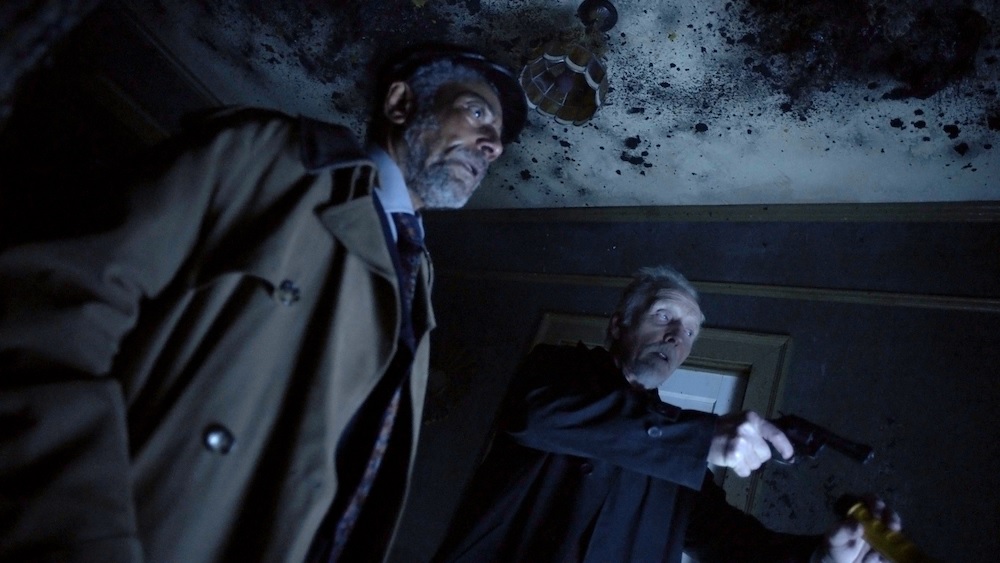 But finding a good King story didn’t immediately mean it would make for a good Creepshow segment. “So I adapted the story and wrote the screenplay,” Nicotero went on, “and as soon as we started production, I realized that we weren’t going to have the means to shoot it. We couldn’t go to the ocean, and we couldn’t shoot it on a Lake because we’d have to erase all the trees. And I didn’t want to have to build this thing with blue screen all around it because it just wouldn’t feel authentic. So after writing the script and going down that road, I realized day one of production, we weren’t going to be able to shoot the episode the way that it needed to be shot. So I reached out and said I would love to adapt ‘Gray Matter’.

Luckily King was fine with that, and “Gray Matter” ended up as the opening segment of the series. A claustrophobic and creepy story, Nicotero decided it would make a perfect Creepshow episode. “It felt more like Creepshow to me because of the twist ending and the father and son relationship. So it ended up, in my opinion, being a better choice for a story. But I will say, I was really proud of my adaptation of ‘Survivor Type’. I was disappointed that we didn’t get to shoot it, but I had to be a responsible showrunner and make sure that I didn’t kill everybody on the crew by shooting an episode that we weren’t going to be able to actually make it as good as it could be.”

Season one of Creepshow hits Blu-ray, DVD, and On-Demand platforms Tuesday, June 2. And once the pandemic eases up and TV productions start again, Nicotero promises even more horror comedy goodness. “Well, the scripts for season two, I feel like I took everything that I learned from season one. So in season two, I would probably say of the 12 stories, I would want to direct all of them.”