DeepMind—a British subsidiary of Alphabet Inc. (a.k.a. Google)—announced it’d solved a “grand challenge” in biology. The challenge is known as “the protein folding problem.” It required the AI company to develop a way to predict proteins’ structures based solely on their amino acid sequences. Using the cutting-edge method, AlphaFold, the company says it will sequence every protein scientists know. And it’s already released structures for 350,000 of them on a searchable database.

MIT Technology Review reported on DeepMind’s newest application of AlphaFold. Notably, in a very Google-ish fashion, the company has set up a searchable database that anyone can use online. AlphaFold DB’s tool is already up and running, and people can search the entire human proteome. As well as the proteomes of 20 other scientifically relevant organisms such as yeast, fruit flies, and mice.

AlphaFold can structure the various proteins that make up an organism’s proteome. Using machine learning, the organism’s entire set of constituent proteins. DeepMind trained the AI on roughly 170,000 protein structures from a large database. The training allowed the AI to “learn” which amino acid sequences lead to which types of proteins. Thanks to its gleaning patterns from the data, AlphaFold can now identify novel protein structures after only seeing their amino acid sequences.

A historic moment in the world of molecular structural research. #AlphaFold structure predictions for 22 species made freely available by @deepmind, access through @uniprot and @PDBeurope. Learn more at https://t.co/CFOFytruww pic.twitter.com/4nlCirj0Ai

As for AlphaFold DB itself, it’s not something the general public will use all that often. The simple search tool is simple to use. Users can find proteins by organism name, which is easy enough. But once you find and observe a “DnaJ homolog subfamily B member 4” protein inside of a human liver cell, there’s not much else to do but look at it. (Which you can actually do, thanks to AlphaFold DB offering 3D renderings of each protein structure.)

Despite AlphaFold DB’s esoteric nature, it could lead to massive, practical breakthroughs. By quickly and accurately predicting the shapes of proteins, DeepMind says scientists will identify diseases faster. As well as cures for them. The company says it’s already used AlphaFold to identify proteins of the  SARS-CoV-2 virus that causes COVID-19. 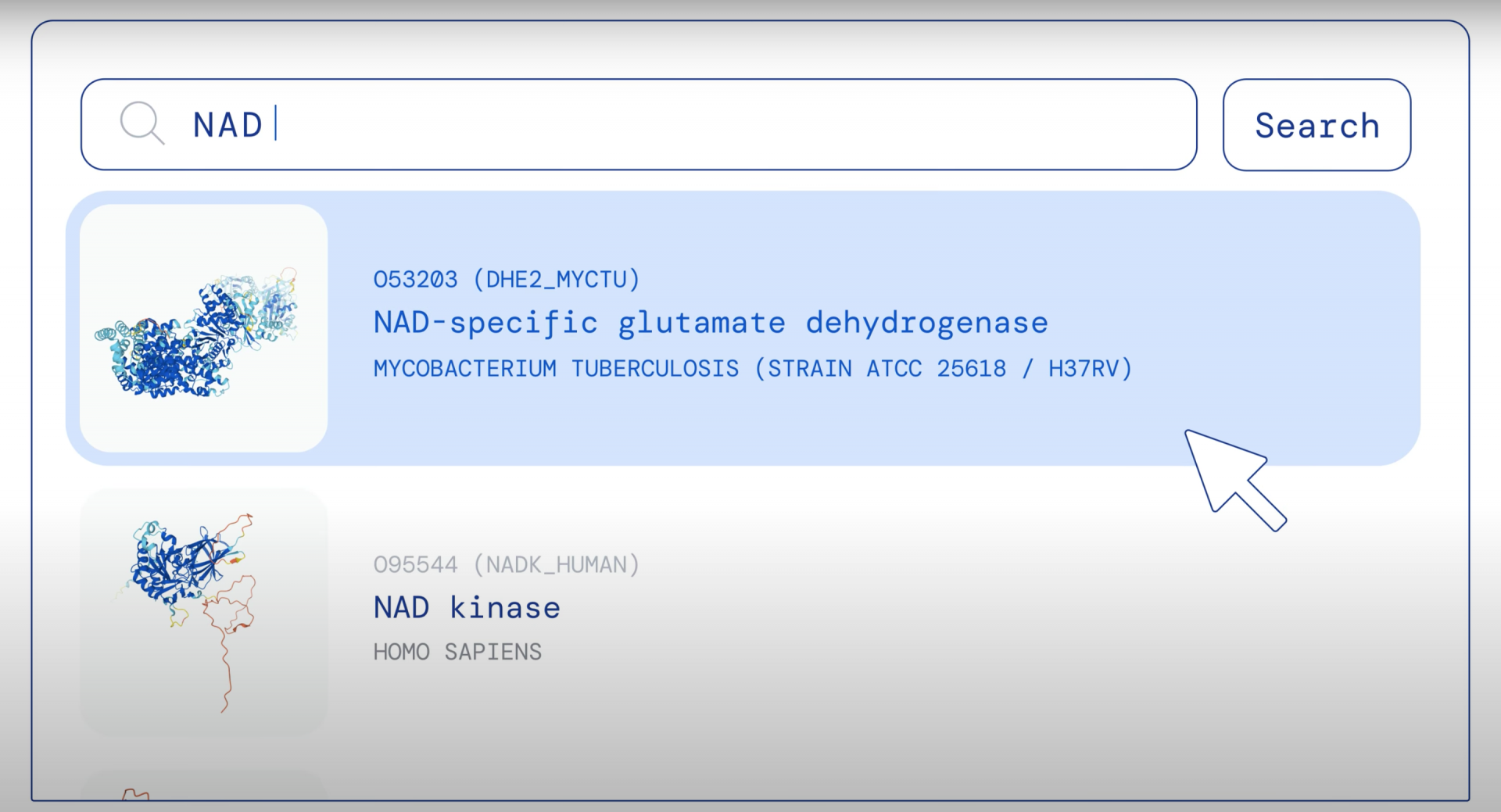