Pfizer and its German biotech partner, BioNTech, have just announced that their COVID-19 vaccine candidate is “90% effective” in preventing the disease in infected participants. If this estimate is borne out by future evidence, it would make the vaccine significantly more effective than current flu vaccines, and the first successful implementation of an RNA vaccine on this scale. The results from the trial on which this claim is based, however, have yet to be published, or peer reviewed.

UPDATE: We are proud to announce, along with @BioNTech_Group, that our mRNA-based #vaccine candidate has, at an interim analysis, demonstrated initial evidence of efficacy against #COVID19 in participants without prior evidence of SARS-CoV-2 infection.

The New York Times reported on Pfizer’s announcement. In a press release, the goliath pharmaceutical corporation said its RNA vaccine candidate, dubbed BNT162b2, prevented COVID-19 from developing in participants who were confirmed as infected with the virus that causes the disease, SARS-CoV-2. Meaning, it seems, that out of the 94 participants who’ve so far become infected with the virus, 90% of those who were infected after receiving the vaccine did not develop serious symptoms.

“Today is a great day for science and humanity,” Pfizer’s CEO, Dr. Albert Bourla, said in his company’s release. He added these results, which come from a Phase 3 clinical trial, provide “initial evidence” for the the vaccine’s efficacy.

Pfizer’s Phase 3 trial, which is ongoing, includes 43,538 participants from the U.S., Argentina, Brazil, and Germany. To date, 38,955 of participants have received a placebo or a two-dose regimen of BNT162b2. Pfizer says it’s giving half the participants the placebo, and half the real vaccine.

Pfizer CEO Albert Bourla: "The vaccine will be available for free to all American citizens." pic.twitter.com/ucinomnLoQ

If Pfizer’s vaccine is indeed 90% effective at preventing serious COVID symptoms, that would make it roughly 30 to 50% more effective than current flu vaccines. This would also mark the first time an RNA (or mRNA) vaccine has been shown to work on this scale. For those unfamiliar, an RNA vaccine—in this case—uses the RNA sequence of SARS-CoV-2 to train a person’s cells to identify and make copies of the virus’ spike proteins. These spike proteins then train the body’s immune system to generate suitable antibodies.

In a video interview, Bourla said the vaccine will be “available for free to all American citizens,” although “free” is perhaps debatable. Bourla says Pfizer did not take part in Operation Warp Speed—the federal government’s effort to bring a vaccine to market. Although Pfizer still has a $1.95 billion federal contract to deliver 100 million doses to the American people. 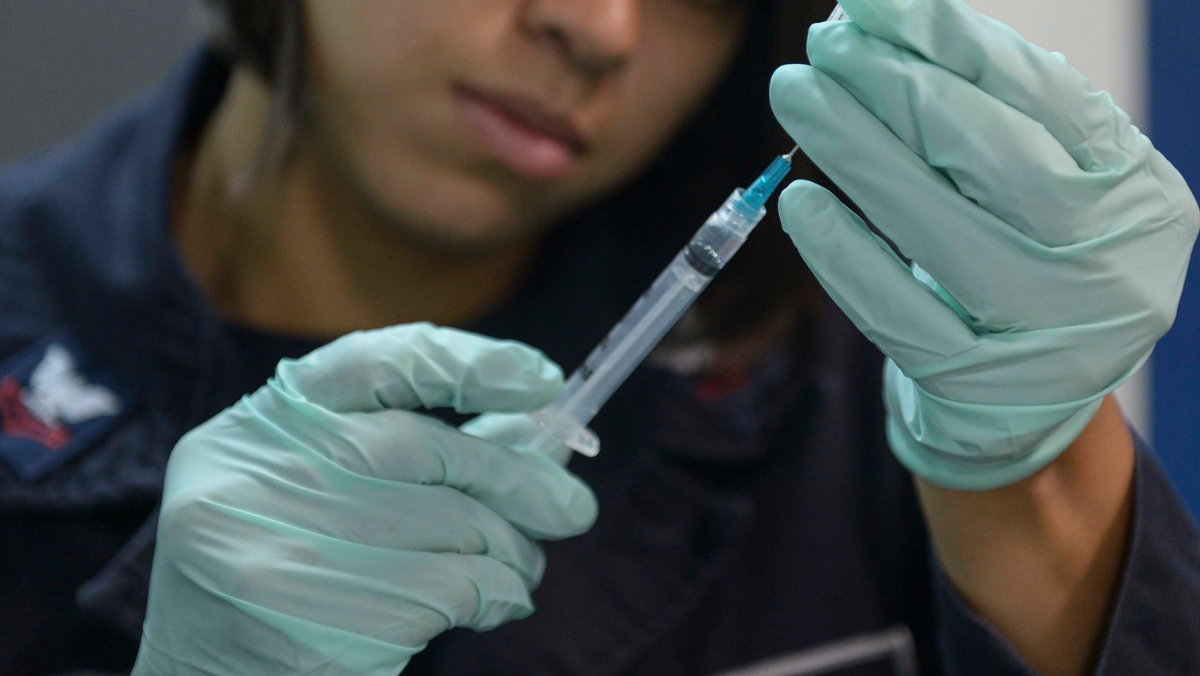 Pfizer also still faces challenges before it can bring the vaccine to market. The corporation wants now to confirm 164 infection cases, and would like to let more time lapse post vaccine delivery; meaning it’d like to see how participants react to the real vaccine at least two months after their second doses.

Moving forward, Bourla says Pfizer could potentially produce 50 million doses of the vaccine by the end of 2020. And 1.3 billion doses by sometime in 2021. Again, however, the findings of this trial have yet to be peer reviewed. It should also be noted that in Pfizer’s Phase 2 clinical trial of BNT162b2, 17% of participants 18 to 55 years old and 8% of those 65 to 85 years old reported fevers above 100 °F. “Small numbers” of younger participants also had “severe systemic events” such as headache, chills, and muscle pain.