DeepMind, a U.K.-based artificial intelligence (AI) company—owned by Alphabet—has solved a 50-year-old “grand challenge” in biology known as the “protein folding problem.” The company, known best for its Go-playing AlphaGo AI, says this is a “major scientific advancement,” and a milestone for AI in science. DeepMind announced its breakthrough on Monday.

In a major scientific breakthrough, the latest version of #AlphaFold has been recognised as a solution to one of biology's grand challenges - the “protein folding problem”. It was validated today at #CASP14, the biennial Critical Assessment of protein Structure Prediction (1/3) pic.twitter.com/galfLkPvD8

In essence, DeepMind has developed and trained the AI, dubbed AlphaFold, to identify the shape of a protein—or how it folds—based solely on its amino acid sequence. As the DeepMind explainer immediately below notes, proteins are the “tiny machines” that underpin every biological process in every living thing; i.e. they’re biological molecules that perform functions critical for life’s processes. And sequences of amino acids—smaller biological molecules—make up the proteins, and hence dictate their functions.

AlphaFold’s creators trained the program on roughly 170,000 protein structures from a large database. (There are hundreds of millions of different types of proteins.) Meaning the DeepMind team “showed” AlphaFold 170,000 examples of which amino acid sequences lead to which types of proteins. Then, thanks to its gleaning patterns from the data, AlphaFold was able to successfully identify novel protein structures after only seeing their amino acid sequences.

DeepMind it developed AlphaFold for an ongoing, worldwide experiment. The experiment, Critical Assessment of protein Structure Prediction (or CASP), began in 1994. And, since then, CASP has called for solution submissions from scientists every other year. The company was able to confirm AlphaFold’s predictive ability by having it guess at the shape of proteins that have already been confirmed experimentally. In fact, AlphaGo was so accurate, it was able to predict the shape of proteins with a margin of error the width of an atom. 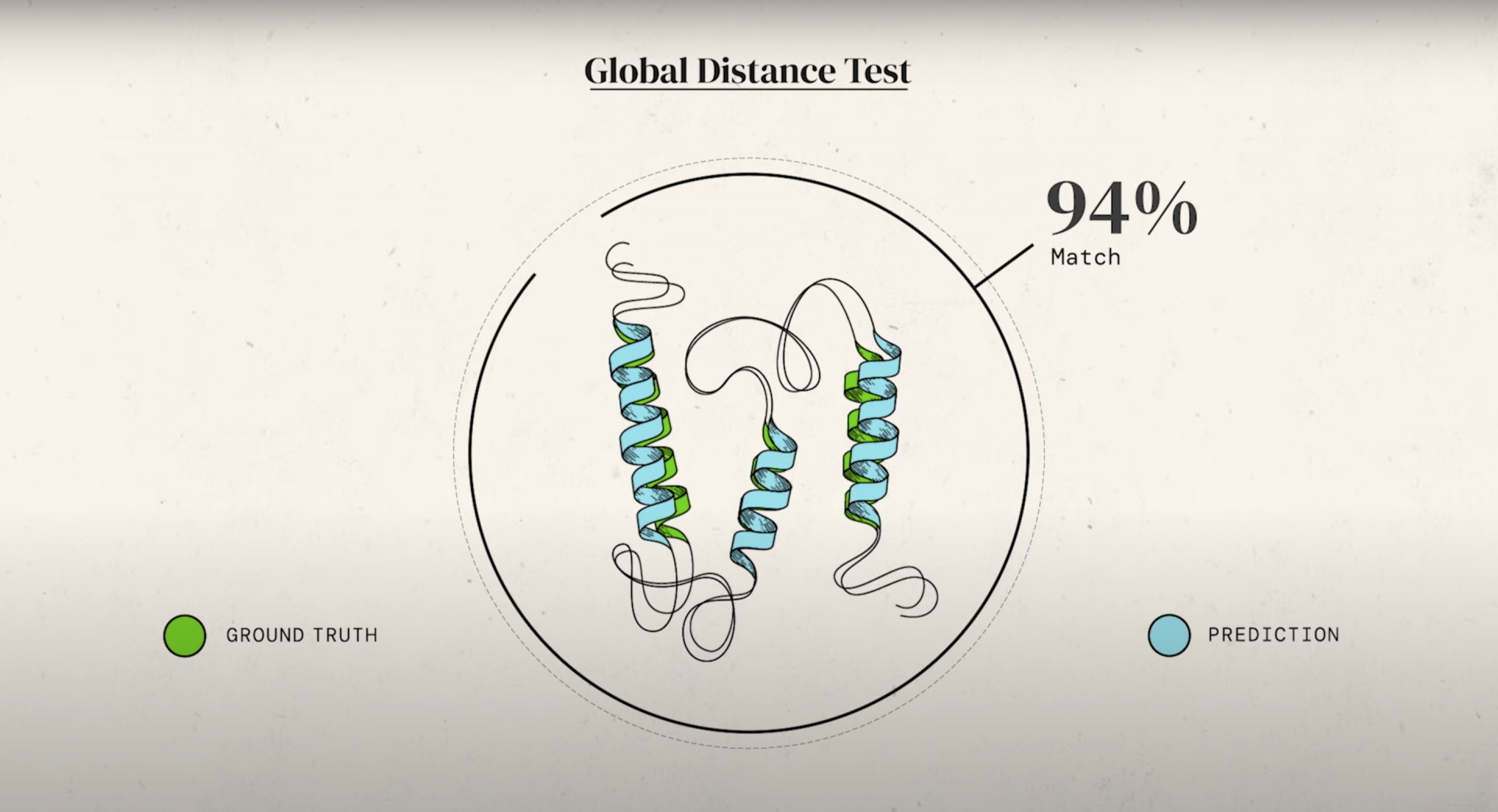 Aside from this breakthrough standing as an AI achievement, it may also be a boon for medicine and the environment. By quickly and accurately predicting the shapes of proteins, scientists will be able to identify diseases faster; as well as cures for them. DeepMind says engineers could even use AlphaFold to develop proteins that could capture carbon in the atmosphere. The company has even already used AlphaFold to identify proteins of the SARS-CoV-2 virus that causes COVID-19.

Not only is AlphaFold exceptionally accurate, but it also comes long before its time. Many people in the fields of chemistry and biology, it seems, thought this breakthrough would’ve taken several more decades. And when the rate of progress shocks even people in the fold, you know disruptive technology isn’t far behind.