What does it mean to be a modern-day “good witch” in pop culture? Must you live a “normal,” albeit eccentric life? Bring down evil entities in your spare time? Descend from persecuted witches—or those who escaped persecution? Enroll in some sort of magical education schooling? Depictions of witches in modern media is more varied than ever, but generally still falls within the confines of familiar tropes. 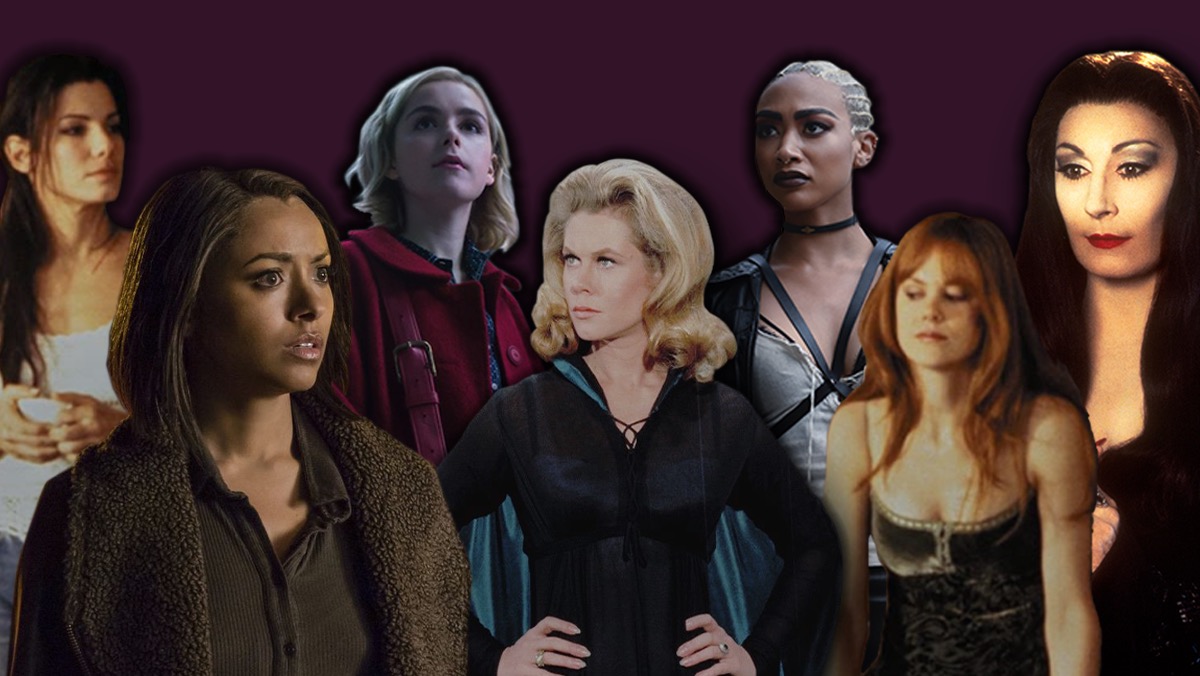 Early Depictions of Witches and Witchcraft

Most early depictions of witches framed them as possessing malevolent energy. In fact a lot of early writings on witches and witchcraft were downright menacing and certainly helped stoke fear of anything unexplained or deemed unnatural. There’s, of course, the Bible, and then Malleus Maleficarum, a medieval book seen as the de facto manual on witchcraft and its heretic nature. It was written by a pair of German Domenicans so it certainly had ties to the church but its popularity extended far beyond the church—and even surpassed the Bible in popularity for a time.

Then, of course, there were the mythological sorceresses, including Circe, Hecate, and Morgan le Fay, who while not initially presented as evil in some cases, generally saw their stories descend into tales of duplicitousness and cruelty. While we can look back fondly on their scheming ways, for centuries they were best remembered (mostly by men) as unnatural cautionary figures. Even Shakespeare, who lived during a time of deep fear of witchcraft, got in on the trend. The Three Witches of Macbeth exist as a menacing force, even if they’re not remotely the only villains in that particular play. 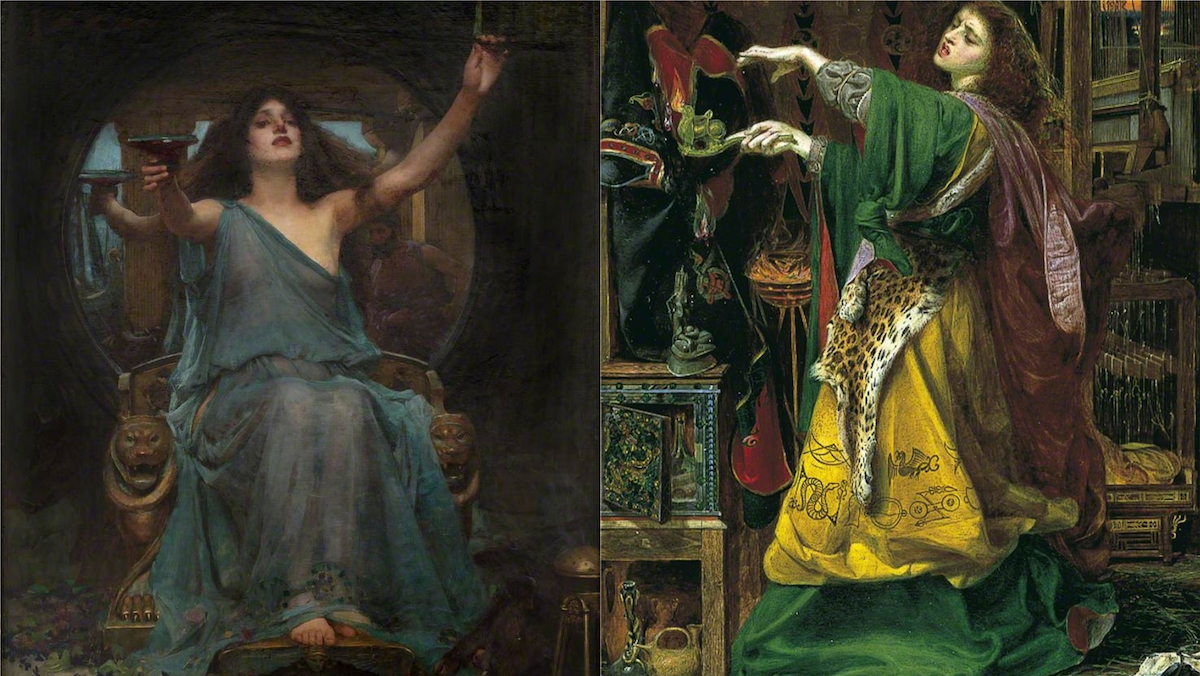 Still, it was up through the turn of the 20th century where the first major rumblings of non-threatening—or outright “good” witches—appeared in media and literature. Usually alongside a classically evil witch. Most famously L. Frank Baum’s novel The Wizard of Oz and its famous 1939 film adaptation. But the latter half of the century and certainly through the present, depictions of witches, especially specifically non-scary witches, are certainly broader. With, naturally, a broader gradient between good and evil, leaving a lot of room in-between.

However, this doesn’t mean there aren’t parameters. In fact, among the broad depictions of witches over the latter half of the 20th century and into the 21st, there are a handful of characteristics and tropes that encapsulate them all.

Many modern pop culture witches can generally trace their roots back through real historical events. In America, they often descend from the witches of Salem, our most noted—though certainly not singular—instance of witchcraft persecution. Among the many pop culture witches whose roots lie around that infamous period in history are Samantha Stephens in the sitcom Bewitched, Bonnie Bennett in The Vampire Diaries, Morticia Addams in The Addams Family, and Spellmans in multiple TV iterations of Sabrina (to varying specificities). Their ancestors—or in some cases, their younger selves—made their homes in Salem, their families fleeing during the trials. Even Agatha Harkness has roots in Salem. 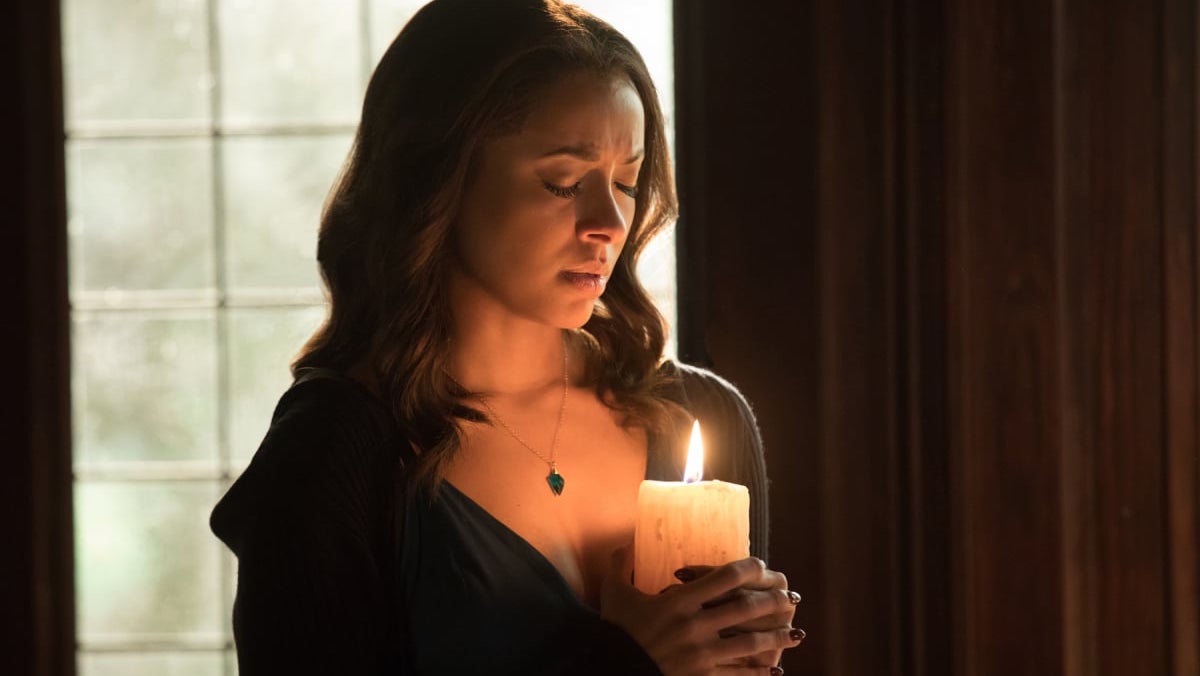 Whether they’re tangentially connected to the witch trials or overtly, both have an overlapping trait: there were witches in Salem. Weaving the real-world events into a fictional narrative certainly adds context and depicting the superstitions and fears of witchcraft in history is necessary. However, there’s an unsettling side effect. It lends an ounce of retroactive credibility to the witch hunters. It’s sort of a two-fold conundrum, because it makes sense to use the era as a jumping off point but it also overlooks the victims, killed by fear mongering puritans presiding over sham trials. The recent horror trilogy Fear Street actually circumvented this trope by making the accused witch in question actually innocent, reminding viewers of the horrific reality of the trials.

It’s telling that Salem specifically lies at the root of so many pop culture witches. Witchcraft is such a diverse study and the practice is intertwined with so many cultures and lore. There are variations of witchcraft and mysticism all over the world. However, so much of what we see depicted in media are that of cis, white, able-bodied women. The depiction of “good” witches in the media often pushes against the centuries-long view of witchcraft as a sinister, evil practice. A force to be defeated. Witches are not a homogenous group—there are so many ways to practice witchcraft. But still, with the same white creators, using the same historical backdrop to tell their stories, we’re not examining the beauty of witchcraft in all its forms. Furthermore, it consistently puts a white face to the “good” witch. 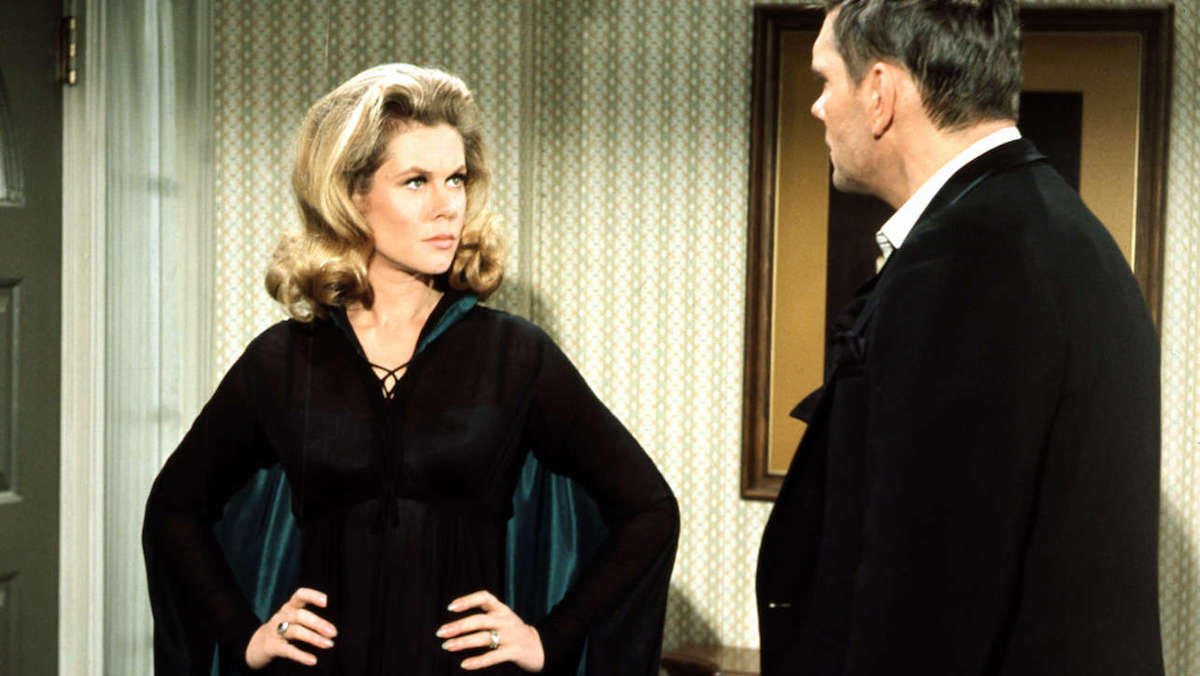 In most depictions of modern witchcraft, good witches live in our midst with their true powers (mostly) hidden. This largely goes hand in hand with the aforementioned real-life history of witch trials. And the general fear of things deemed unnatural or odd. They are shrouded in secrecy, living among non-magical beings. The secrecy is often more or less an informal arrangement between a coven or magical family. But sometimes the rules are a bit more stringent. In Harry Potter, for instance, the quest to remain hidden goes all the way to the top, with strict secrecy laws in place by the magical governing body.

As such, attempts to stay under the radar are largely imperfect. A magical slip-up here and there. One member of the family wholly ignoring the secrecy pact. And thus, witches attempting to live incognito as regular humans are usually deemed eccentric by their communities. As, of course, their house is full of strange happenings. In Chilling Adventures of Sabrina, the Spellmans run a funeral home, which is the perfect cover for their spooky, gothic vibe in town. That they’re a family of witches is not generally public knowledge in Greendale. But still, in the Netflix series—though slightly less so in ‘90s sitcom—there are plenty of humans in on the secret.

But, generally, witches attempting to blend into their non-magical communities aren’t the most seamless at it. More often, a witch living a non-magical life is noted for their eccentricities. Sometimes, they fully embrace said reputation. Such as beloved Practical Magic aunts, Franny and Jet Owens. Others, like the Cromwells in Halloweentown or Samantha Stephens in Bewitched, make a more concerted, if not wholly successful effort to keep their magical powers under wraps. 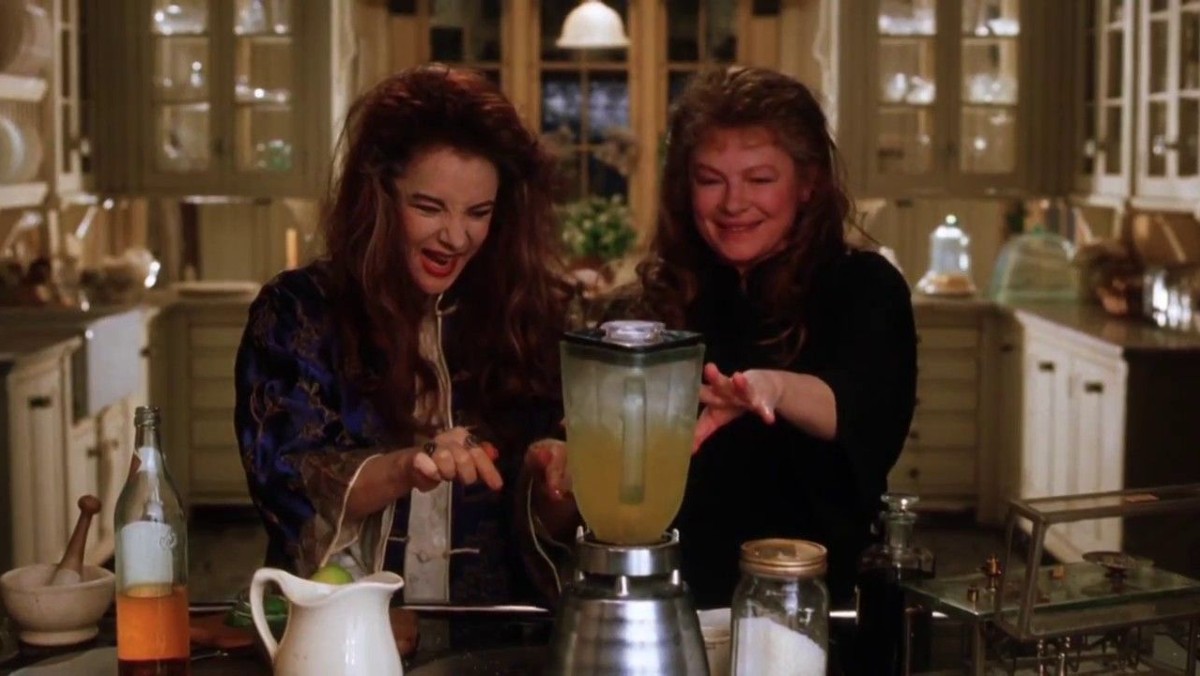 And then, of course, there are the strictly magical communities. In Harry Potter, most witches and wizards live among non-magical folks. But several strictly magical communities appear throughout the series, giving just a glimpse of normal magical life. Ditto in Halloweentown, in which the family matriarch, Agatha Cromwell, resides in the titular town full of monsters and magic, and for whom not using magic is a perplexing arrangement.

Given the secrecy surrounding witches’ existence, it’s a given that education is a vital element. As untrained witches would certainly pose a threat. Magical education is largely divided into two camps: learning at home or at formal magical educational institutions. In Harry Potter and in The Magicians, those with magical powers attend an actual school. The former is a magical secondary school, whereas the latter is more of a grad school for magicians (a.k.a. those with magical powers). In both the Sabrina sitcom and Netflix show, the titular teen initial witch’s education is mostly through lessons with her aunts. Although in the Netflix series she does receive a more formalized education after she turns 16 and chooses that path. 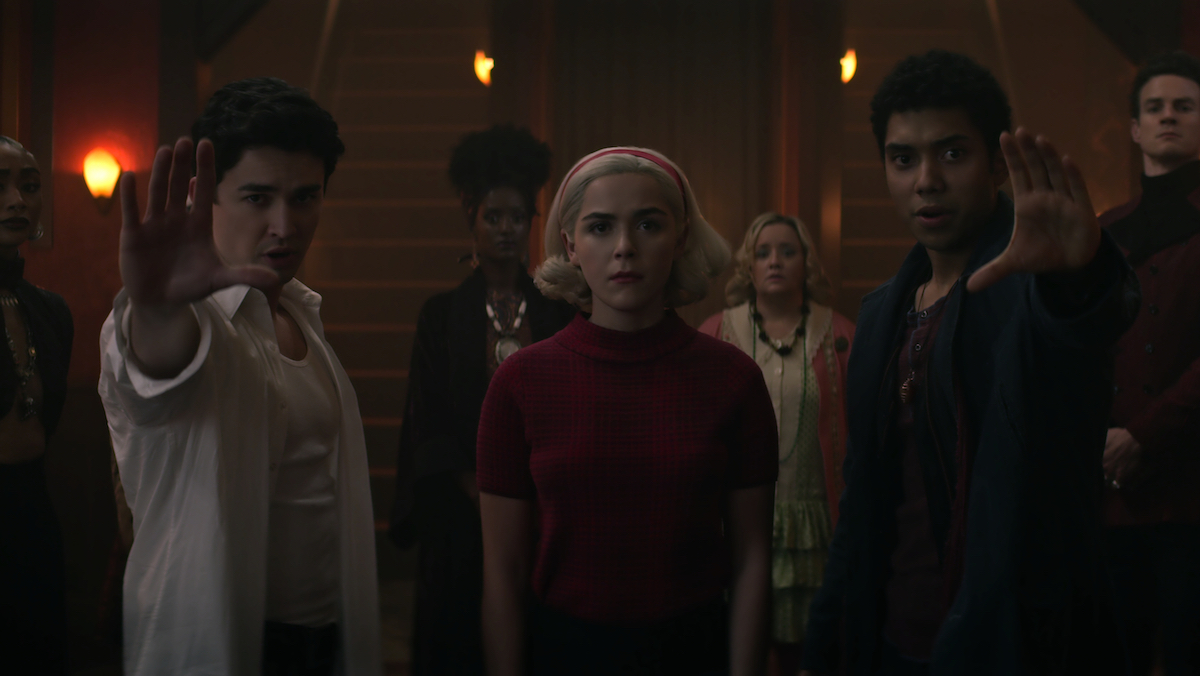 However, more often, witchiness is an inherited trait and therefore full of traditions passed down through generations. For Sally and Gillian Owens in Practical Magic, it appears most of their magical training is from their aunts over the course of their childhood. Likewise, while eventually introducing a magical school, Wizards of Waverly Place mostly used the after school lessons method to teach magic. And in both iterations of Charmed, a magical mentor called a Whitelighter guides the Halliwell sisters—and more recently, the Veras—through their magical studies.

The two teaching methods highlight the distinction between magic’s role in their respective worlds. The formalized education strictly points to the set of rules and regulations within the magical community. Whereas the informal training, through magical elders and the like, represents magic as part of a way of life. And not the foundation for which there is a strict set of rules. Magical oversight may exist in both but the former points to it more severely.

The fear of witchcraft persists all over the world; not just 17th century New England. Sure these modern pop culture witches are fictional, but normalizing the idea of the good witch in a variety of mediums—in TV shows, movies, books—directly combats centuries of stigma against witchcraft and mysticism. There are still leagues to go in depicting witchcraft in its full diverse practice. But seeing witches as forces for good—or, at the very least, incredibly nuanced people—better represents witchcraft as a spiritual way of life. It pushes back on the idea that witchcraft is inherently evil or something to fear. Sometimes witches are just people who want to drink a bunch of midnight margaritas and maybe break a family curse.