We all know that the best thing about the internet is that it constantly provides us with adorable animal videos. But the world wide web has really outdone itself this time. First it helped a golden retriever named Kevin virtually visit a rescued dolphin named Winter. Then, when the aquarium found out about Kevin’s admiration for his aquatic mammal buddy, it invited him to come over and see Winter in puppy.

And you’re not going to watch anything better than a cute dog meeting a dolphin. Especially when they bonded over their shared love for ducks.

The Clearwater Marine Aquarium in Florida recently hosted Kevin so he could get an up-close look at Winter and her fellow dolphins. The aquarium learned that Kevin was a big fan of their rescued animals, and that like Winter, he also loves ducks.

Kevin really enjoys wearing his favorite ducky hat, which brings us an endless amount of joy. And Winter’s favorite toy is a big rubber ducky. Perfect.

The meeting (which we first learned about at Bored Panda) also involved letting Kevin take a swim in his dolphin pal’s old tank. It’s open because the aquarium recently moved dolphins Winter, Hope, PJ, Nick, and Hemingway into a new state-of-the-art dolphin habitat.

But that wasn’t all Kevin got to do. He had a chance to show off his awesome duck hat around the aquarium, as he visited lots of other animal friends.

We’re not sure what the current standings for best dog look like, but we know Kevin is in the conversation. Look at this friendly doggo being on his best behavior and having fun on his big day out.

Kevin is a good dog, obviously. And Winter is a good dolphin. And them getting a chance to meet in real life is the internet at its best. 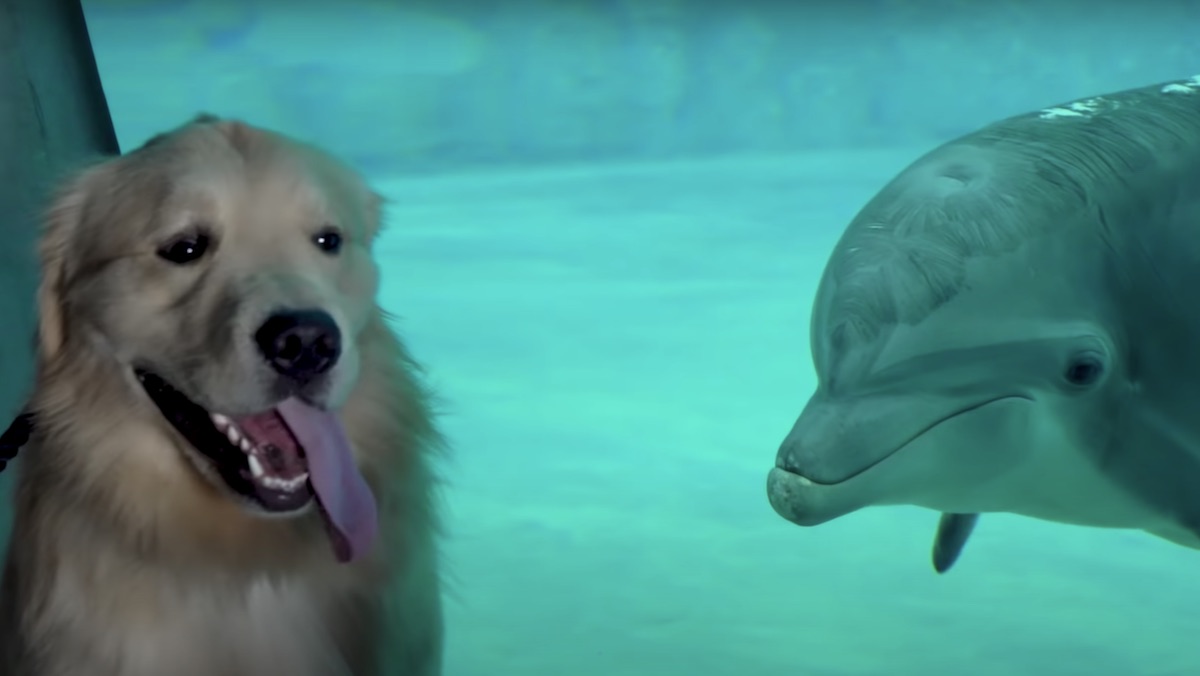