How to Fix the Human Problem in Blockbuster Monster Movies - Nerdist

How to Fix the Human Problem in Blockbuster Monster Movies

Godzilla vs. Kong is in theaters and available to watch on HBO Max, and it has everyone talking. Adam Wingard’s monster movie made big bucks overseas and bowed to pretty great reviews here in the States. As of this writing, it boasts an 80% on review aggregator Rotten Tomatoes, which is above average for this type of film. One that prioritizes bang-bang-boom-boom over much else.

We enjoyed Godzilla vs. Kong for the neon-dazzled action spectacular that it is. But I personally share a complaint about the movie that I’ve seen elsewhere on social media. That the human characters are one-note, unmemorable, and have no real impact on the story. It’s especially egregious considering how many of them there are and how long we spend with them this time around. This new iteration of the MonsterVerse really nails the titular big guys, but I’m hard-pressed to name a single human character without looking them up, outside of Millie Bobby Brown’s Madison. And even then, I couldn’t tell you her last name. 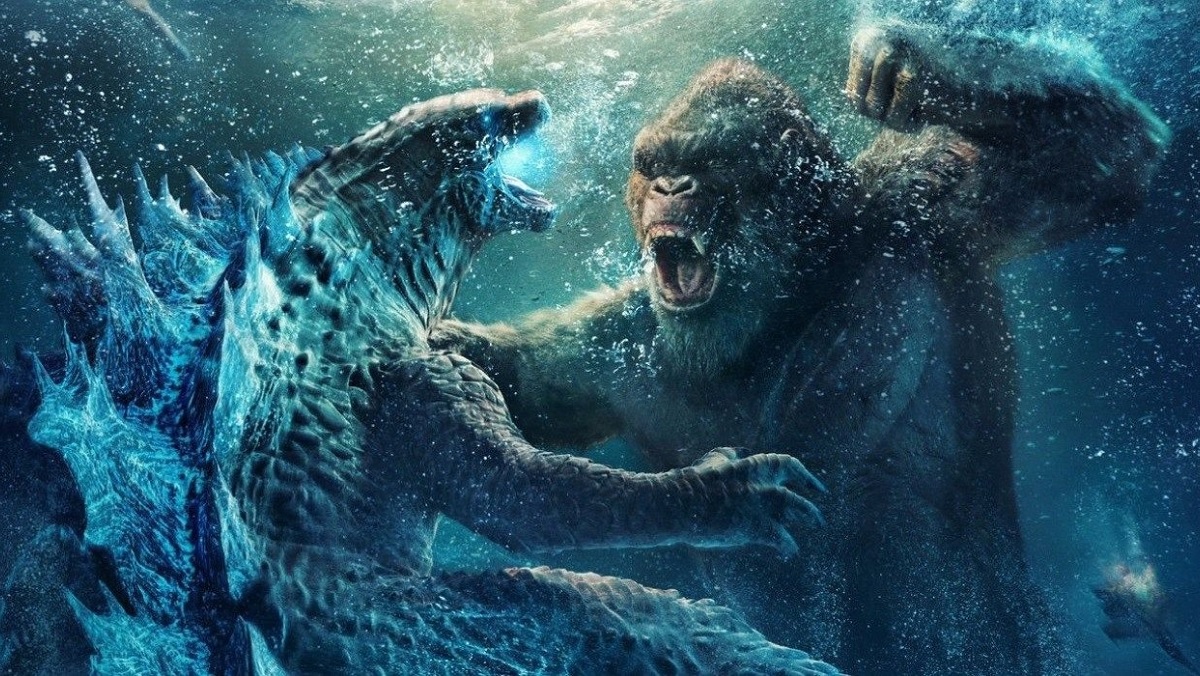 Some might argue that the humans are really besides the point. Whenever a film involves Godzilla and King Kong, they’re the necessary focus. And while I suppose that’s partially true, I still think it’s a missed opportunity for more. Yes, the Titans deserve the spotlight, but think of how much better films like this would be with interesting human characters to take us on an emotional journey. When I think about the monster films of my own youth—notably, Steven Spielberg efforts like Jurassic Park—I remember the people as much as the scaly giants.

I also don’t think it’d take much effort to improve upon this. If anything, modern monster blockbusters waste more time and money jam-packing their films with characters than they would reeling it in a little. Here are some of the main ways films like Godzilla vs. Kong could mend their human problem. 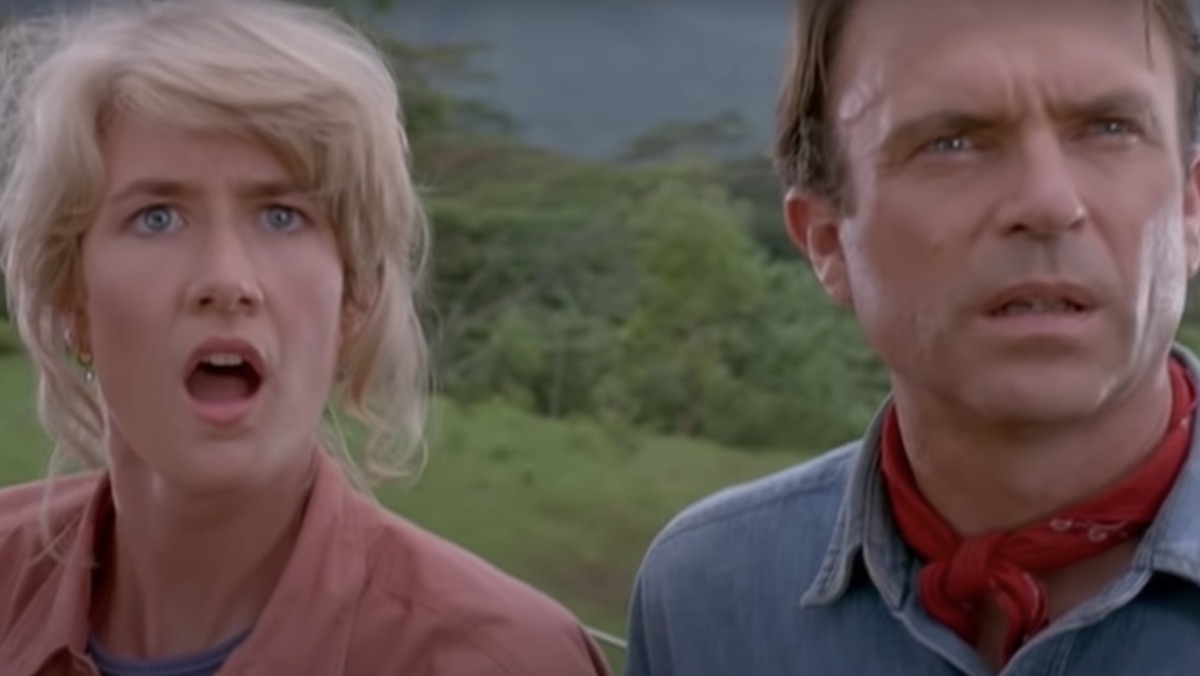 I’ll try not to get too bogged down in Jurassic Park comparisons. (Even though it’s a perfect movie that really nails the points I’m trying to make.) But a big thing that stands out in that original 1993 film is how long it takes to see the actual dinosaurs. Sure, we get a peek at the velociraptor in the prologue, but it’s purposely obfuscated from full view. That means, by the time Alan Grant and Ellie Sattler—and we, the audience—finally see the dinosaurs in full, it’s a transcendent and awe-inspiring cinematic moment.

Spielberg is the master of this kind of slow-burn reveal. He used the same tactic in Jaws. The shark in that movie doesn’t appear in full until an hour and 21 minutes into the film. That gives us plenty of time to get to know the human characters. And when we finally see the “monster,” it’s through their eyes. This leads to a more profound emotional response. It really increases the level at which we’re willing to buy into the fantasy.

Now, Godzilla vs. Kong doesn’t have the luxury of a momentous reveal, because it’s a sequel to several other monster movies. Instead, it opens with a sequence focused on Kong; he’s the first character we witness. I won’t outright call this a mistake, but I still think prolonging the first time we see the Titans would have been more effective. It certainly works better in the case of Godzilla, whose later arrival in the film feels more weighted. 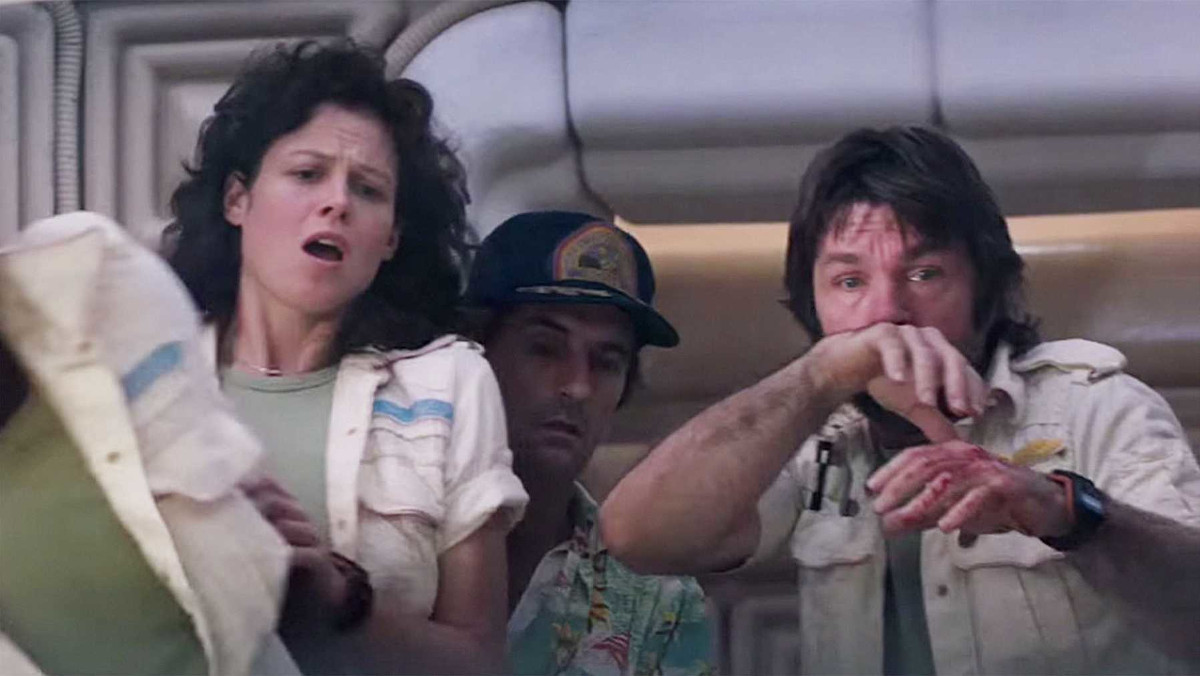 Keep the humans in a single location

Your definition of “monster movie” may vary. Anything with a monster character can reasonably qualify. I tend to think of movies where the monsters happen to be giant, similar to Godzilla and King Kong. But I also think of films like Alien and The Thing. Those films are arguably more human character studies that happen to feature aliens, but they both employ a tactic that we could apply to films on a grander scale. And that’s that they keep their humans together, and in the direct warpath of the monsters at hand.

A lot of newer blockbuster monster movies get high on the whole “global threat” aspect, to the point that we follow different sets of characters all over the world. It’s hard to feel much of anything for a set of humans when the action pulls away from them constantly. Creating a more intimate setting gives us a sense of place, upping the immediate threat level and raising the stakes. (This is actually why I believe Kong: Skull Island is the best entry in the modern MonsterVerse. We spend most of the runtime on the eponymous island, with a distinct set of characters.)

Even if the movie wants to jump locations—as in the original King Kong film from 1933—keeping the core characters together maintains this idea. We’re still with a small set of individuals, and not just darting all over, trying to keep tabs on where everyone is in the world. The more centralized and streamlined we get, the easier it is to focus on the people experiencing this grand spectacle. 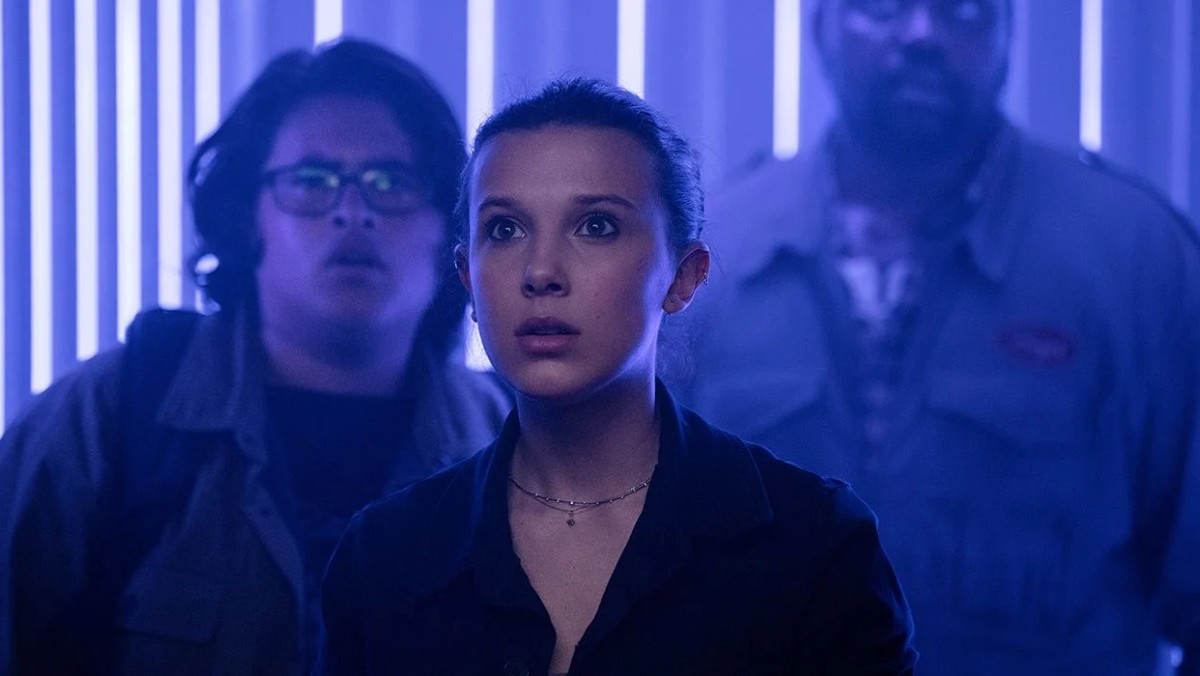 Give each main character a memorable introduction

This one should be simple, but one thing I’ve noticed a lot of late is just how many movies jump right into plot without establishing our heroes. Godzilla vs. Kong brilliantly sets up Brian Tyree Henry’s Bernie Hayes, but he’s about the only new character who gets a proper introduction, punchy character traits, and a backstory. Everyone else just sort of… appears. We might hear a line here or there about how they fit into the story, but the film devotes no real time to making them interesting or unique.

Again, think of Alan Grant in Jurassic Park, who we meet as he playfully torments a kid with a raptor claw. This tells us everything we need to know about the character. That he’s a scientist studying dinosaurs. He has a good rapport with kids even though he dislikes them. He’s devoted his life to understanding creatures he never thought he’d actually see alive. All threads that play throughout the film, until the final moment, when he soars into the sunset post-dino trauma with his arms around the kids he’s come to love.

Giving humans memorable introductions and a clear arc isn’t that hard. It’s screenwriting 101. So it’s kind of a bummer how often people are just plopped into blockbuster monster movies with no personality traits or interests outside of their direct motivations. This can also be accomplished by shrinking your cast list to the most important players. There’s no need to have 15 main characters when five or six can accomplish the same goal. That can also help keep the focus on the main monsters so we can devote time on their characterization, too.

All in all, I enjoyed Godzilla vs. Kong and look forward to revisiting it in the future. The titular characters are so beautifully handled and there’s enough popcorn fun to keep it entertaining. But I’d love to see future large-scale monster movies incorporate interesting, intimate human stories as well. It’s relatively simple to do so, and will help make these movies more memorable in the long run.