GODZILLA VS. KONG Cast Shares Details About Their Characters - Nerdist

GODZILLA VS. KONG Cast Shares Details About Their Characters

Godzilla vs. Kong, the fourth film in Legendary’s MonsterVerse, comes out next month. It feels like a long time coming, and also like it snuck up on us fast. My relationship with the film is even more complex. I visited the Australia set of Godzilla vs. Kong back in March 2019. That was before the release of Godzilla: King of the Monsters. Meaning, story-wise, I was really out in the dark. I had no idea who would even survive that film, let alone how the events might bleed into the sequel.

Luckily, the relevant information became quickly clear. That’s thanks in large part to the film’s characters, whose motivations and arcs give Godzilla vs. Kong a sense of momentum and clarity. Yes, the film centers on the epic showdown between the eponymous Titans. But the human journeys inform what we need to know about everything going on in the world after the events of King of the Monsters. The cast is also conveniently split into two camps, as director Adam Wingard recently explained to us over Zoom. There’s Team Godzilla and Team Kong.

We happened to be on set during a Team Godzilla day. That meant spending time with actors Brian Tyree Henry, Millie Bobby Brown, and Julian Dennison. (We also got to chat with Shun Oguri, whose allegiances are a little less clear—but more on him in a bit.) We learned about how their characters fit into the plot, what’s led them together, and how their storylines inform the larger story of Godzilla vs. Kong. We were also given some insights into characters we didn’t get to watch in action, thanks to producer Alex Garcia, who walked us through the film’s story.

Here’s what we learned on the set of Godzilla vs. Kong about the film’s characters. And why they provide a unique spin on what we’ve seen thus far in the MonsterVerse. 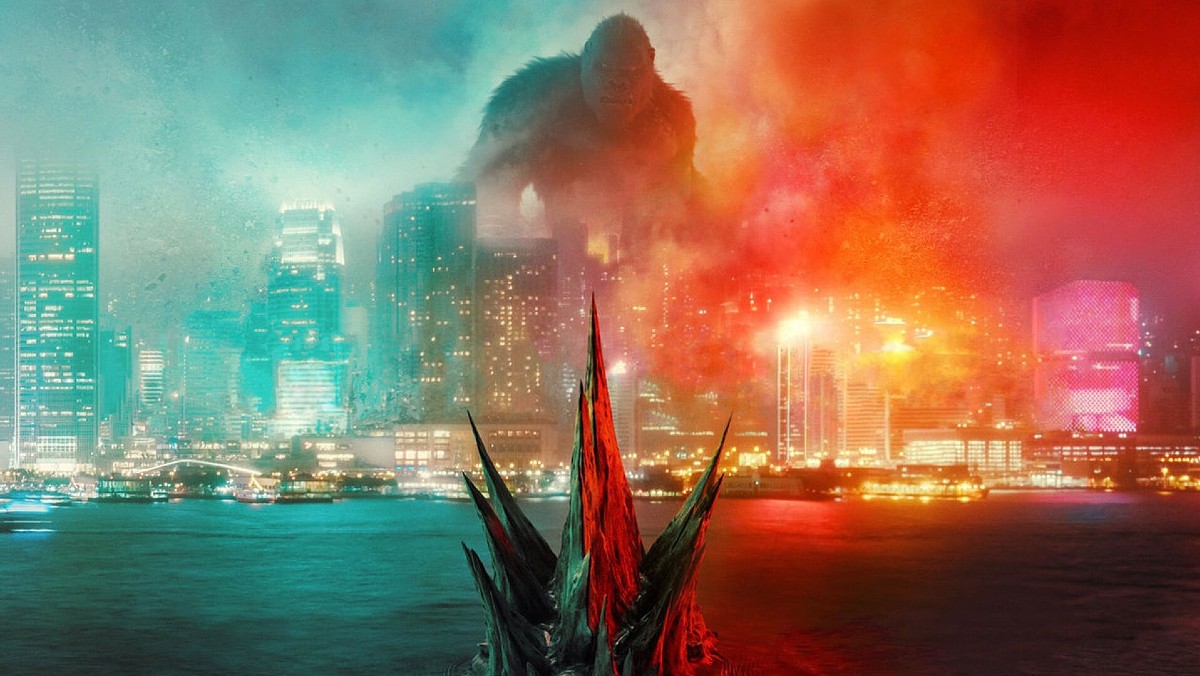 Where Godzilla vs. Kong begins

When we arrived on set, Garcia gave us a brief rundown of Godzilla vs. Kong‘s plot. (Or at least, of the things he could tell us—I have a feeling there’s another layer to this film that will only be revealed when it premieres.) Essentially, we start on Skull Island. It’s five years after King of the Monsters, where we learned that there many Titans on Earth, and that Godzilla is the apex predator. But Godzilla has been acting erratically for the last few months, and no one knows why.

Monarch, the scientific organization introduced in the Legendary films, is reacting to the global fear of the emergence of these creatures. It’s spent a lot of time and money creating entrances into the Hollow Earth, in the hopes of drawing the creatures back to where they came from. This mission doesn’t exactly go according to plan, which kicks off the events of Godzilla vs. Kong. 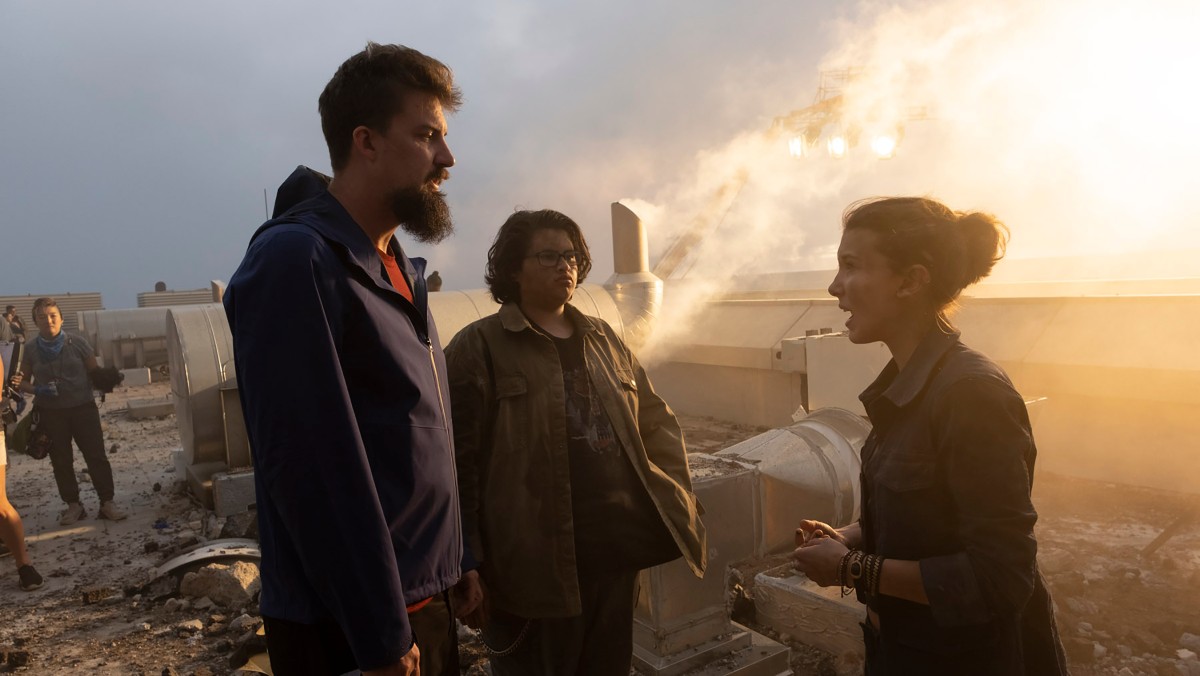 One of the major returning characters in Godzilla vs. Kong is Millie Bobby Brown as Madison Russell. In King of the Monsters, Madison’s mother Emma (Vera Farmiga) sacrificed herself to save Madison and her father Mark (Kyle Chandler) from Ghidorah. When the story picks up, Madison is living with her father, but carries her mother’s memory with her.

“Five years have gone by and Madison has grown up,” Brown explained to us. “It’s definitely a coming-of-age story for her. Her storyline has evolved greatly in the way she deal with things, her attitude towards life. […] [She’s] really trying to follow in her mother’s footsteps, and strength-wise she’s become more strong, more independent, and understands what she needs to do. […] She’s basically a badass.”

Garcia described Madison as an “advocate” for Godzilla in the film. She spends her time trying to vindicate the Titan. This leads her down a path of discovery, especially when she learns of Monarch’s Hollow Earth plan. She’s afraid for Godzilla’s life, and goes on a “fact-finding” journey to uncover what she believes to be a conspiracy caused by a mysterious organization called APEX. Madison is joined by her good friend Josh Valentine (Julian Dennison), who Dennison called the “realist in the duo.” They also cross paths with Brian Tyree Henry’s Bernie Hayes, a former employee of APEX who hopes to expose the group for what it really is.

Henry described Bernie as an “inside conspiracy theorist” who runs his own podcast. “He just really wants to do what’s right for mankind and do what’s right for these kids and do what’s right for what he believes in, because he kind of saw this coming,” Henry explained. “He wants to make sure he kind of leaves a legacy for himself, because he doesn’t want his work to be in vain. I feel like it’s easy to call him a crackpot, it’s easy to call him a crazy guy—which he is, he is. But at the same time there’s heart to him. There’s this loyalty he has. He just wants to make sure the world doesn’t get destroyed.”

Like Madison, Bernie’s also reeling from the loss of a family member. Because of this, the trio forges an emotional bond. One that clearly translated to life. We watched Henry, Brown, and Dennison film a scene together, where their comedic chemistry jumped out. They have a really playful bond—also witnessed in our joint interview with Brown and Dennison, who are hilarious together.

“I get a little nervous sometimes when I think about working with teenagers in this capacity because what they have to do and what they’re called upon is so difficult and so hard,” Henry explained. “And especially with Millie, there’s an emotional center for what [Madison’s] lost from the previous movie. So my duty is just to be there to nurture them, and just protect them in this way. I kind of refer to myself as the Brienne of Tarth of this movie.” 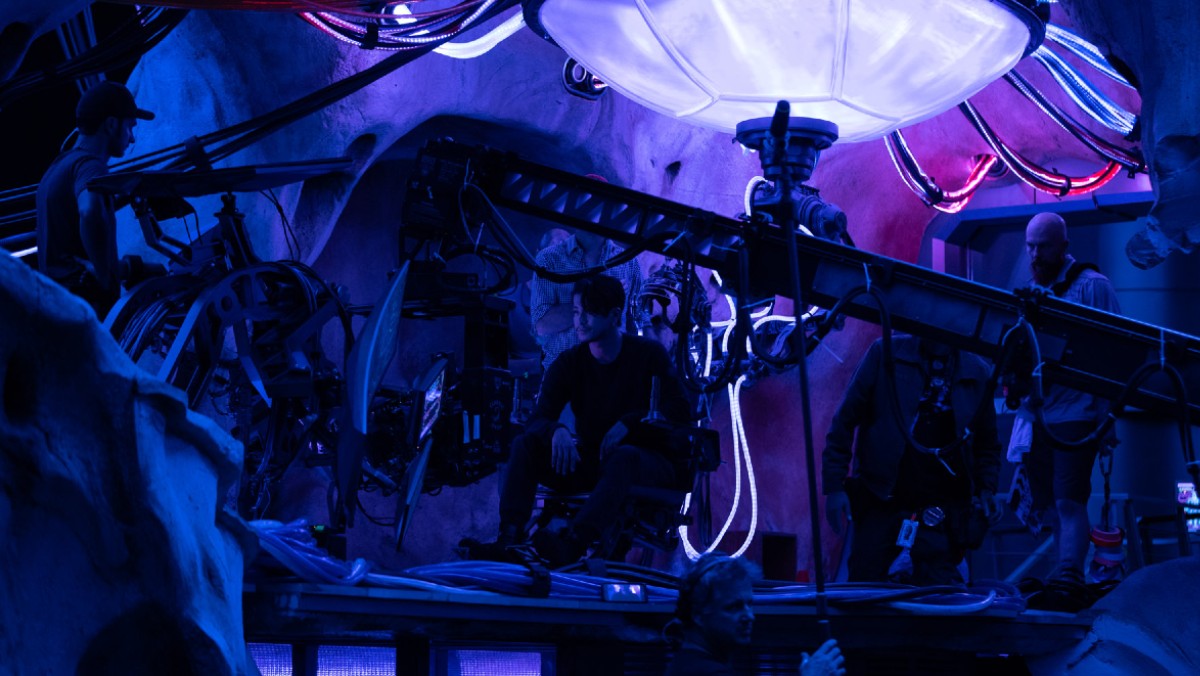 We also got to spend a few minutes with Japanese actor Shun Oguri, who plays a character named Ren Serizawa in Godzilla vs. Kong. If that last name sounds familiar, it’s because Ren is the son of Dr. Ishirō Serizawa, played by Ken Wantanabe in Godzilla and Godzilla: King of the Monsters. Ren Serizawa is an employee of APEX; he’s a scientist who works under Demián Bichir’s Walter Simmons. Oguri couldn’t tell us much about his role, but said that Ren “is a character who wants to protect Earth.” He also said that Ren’s goal is a little different than that of his father.

Oguri also mentioned that APEX is “trying to solve the Titan problem.” So how does this mission conflict with—or fit into—Monarch’s plan? That’s the big question, and feels just as pertinent as who will win between Godzilla and Kong. 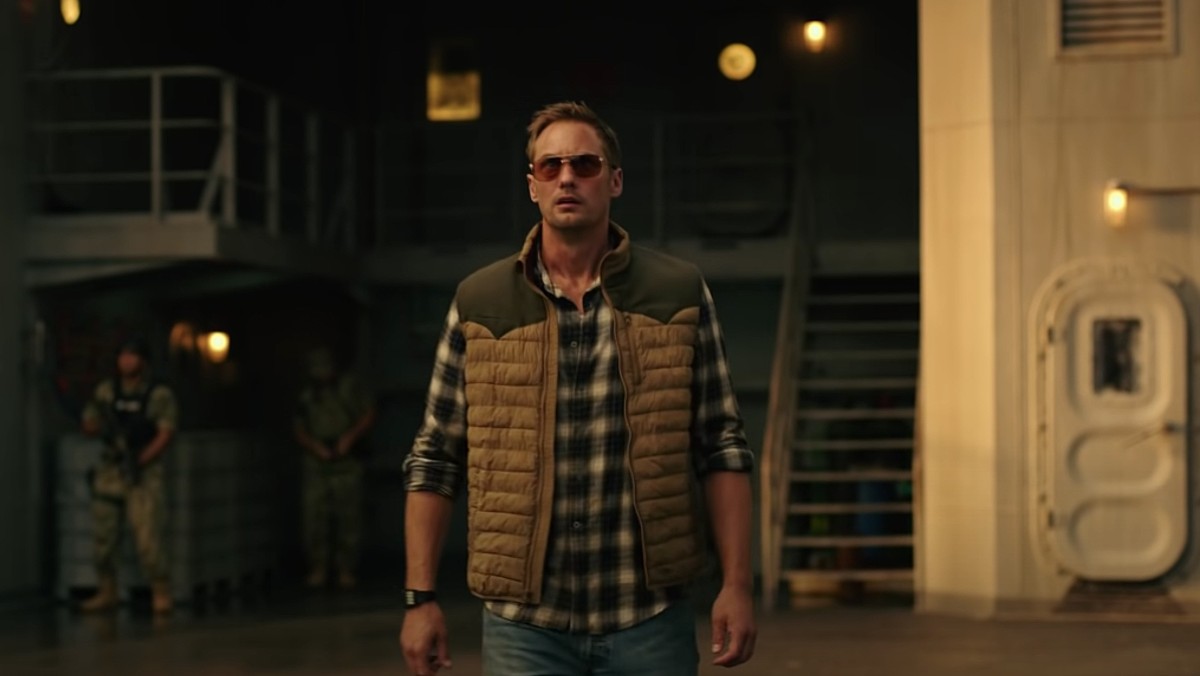 We didn’t spend any time with the “Team Kong” side of the Godzilla vs. Kong cast. But Garcia and Wingard filled in a bit of information about these characters, as did costume designer Ann Foley. Alexander Skarsgård plays Nathan Lind, a geologist affiliated with Monarch who spearheads the initial Hollow Earth mission. He wants to use Kong to aid in his goals as a means of survival. There’s also Rebecca Hall as Ilene Andrews, another figure instrumental in Kong’s storyline. In the trailer, we see her help a young girl named Gia who’s emotionally connected to Kong. According to Foley, Andrews is Gia’s adoptive mother.

Eiza González also stars as Maya Simmons. She previously referred to her character as “ comedic,” so she’ll likely add another layer of humor to the project.

Of course, the real stars of the show are the characters in the title. The humans are mostly conduits to the story between Godzilla and Kong. The Titans have their own emotional journeys to go on in the film. So, how will all of these people—as well as organization like Monarch and APEX—factor into their showdown? And is there more going on to the story, perhaps involving mechanized versions of the MonsterVerse characters?

We don’t have to wait long to find out. Godzilla vs. Kong arrives in theaters and on HBO Max on March 31. 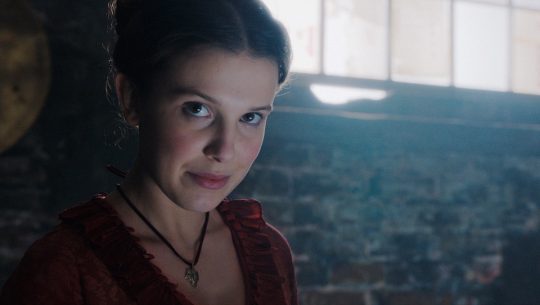