Chances are if you’re reading this, you’re a big fan of the Marvel Cinematic Universe. And you might mostly know Stan Lee from all his MCU cameos. Well, from Spidey to Iron Man to Black Panther, you have the one and only Stan Lee to thank for their creation. Along with artists Jack Kirby and Steve Ditko, of course. There’s a reason Lee cameoed in every Marvel movie until his passing in 2018. Marvel as we know it today wouldn’t exist without him.

Well, one man has paid beautiful homage to Stan “the Man” Lee, with an incredible painting of the iconic creator made in only a matter of minutes. David Garibaldi is a YouTube “performance painter” who paints portraits via livestream for his eager audience. And you can watch him paint a huge portrait of Stan in just twenty minutes in the video down below:

Garibaldi has some other videos of him painting giant portraits on his channel, and they feature additional pop culture figures. All of these videos were also completed live and in record time. There’s one of Baby Yoda and another of Wonder Woman. There’s also Gene Wilder as Willy Wonka. On the Disney front, Miguel from Coco gets some love too, and even Donald Duck has a portrait. Like the late Stan Lee, Garibaldi did other tribute paintings to iconic stars that are no longer with us. Those include the late Chadwick Boseman, Prince, Eddie Van Halen, and Ruth Bader Ginsburg. 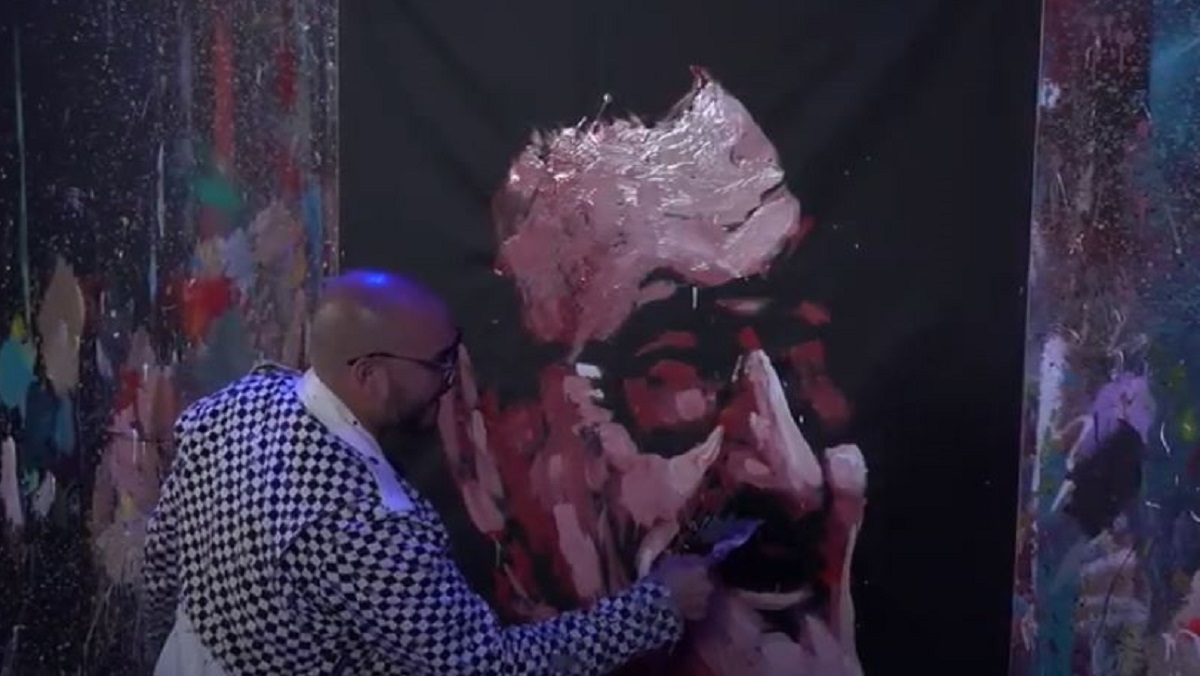 Fans have found all kinds of different ways to pay tribute to Stan Lee since his passing. This includes creating lifelike busts of his head and making animated shorts based on old audio interviews. But David Garibaldi’s painting might be one of the coolest tributes yet. To check out more of his work, head on over to his YouTube channel now to see more.