A New Space Discovery May ‘Overturn Cosmology As We Know It’

In breaking news that may break cosmology as we know it, a team of astronomers says it’s discovered a “giant arc” of galaxies stretching more than 3 billion light-years across. But while galaxy clusters are commonplace, this one seems to violate the cosmological principle; or the notion that matter is spread across space homogeneously. If the arc of galaxies turns out to be real, however, it could upend our understanding of the universe.

Science News reported on the discovery, which the team of astronomers announced at a recent press conference. Alexia Lopez, a cosmologist at the University of Central Lancashire in Preston, England, led the team. And Lopez makes it clear: This discovery may be a very big deal. 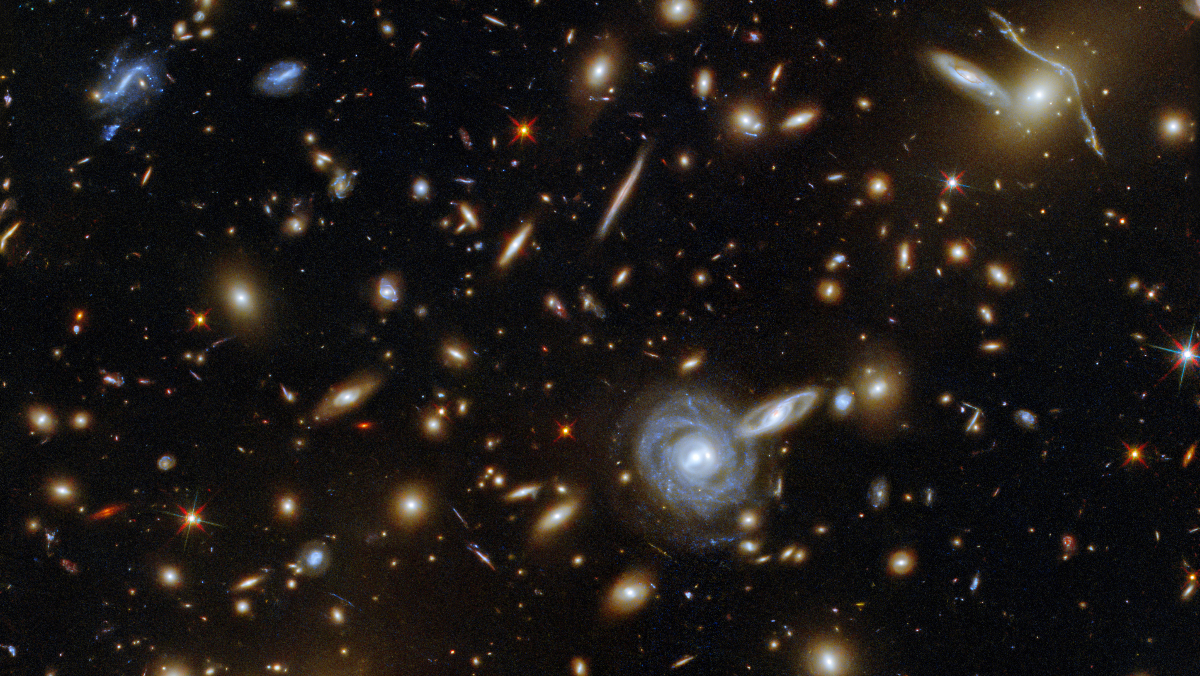 Confirmation of this discovery “would overturn cosmology as we know it” Lopez told Science News. “Our standard model, not to put it too heavily, kind of falls through” when trying to explain the arc of galaxies, the cosmologist added.

The arc of galaxies, which Lopez and her colleagues simply refer to as “the Giant Arc,” violates the cosmological principle because of its outsized heterogeneity. As the organization, astrobites, notes in the tweet above, the cosmological principle—which is not a physical law, but rather a guiding heuristic—expects homogeneity of matter on sections of universe larger than 1.2 billion light-years across. But the Giant Arc is heterogenous on a scale three times that size.

That means THREE of these arcs could fit between us and the edge of the observable universe-- 10 degrees on the sky, or 20 full moons! This arc was detecting by looking for magnesium absorbers in @sdssurveys data. #AAS238 pic.twitter.com/YUJDlN0p1S

While the arc technically takes up a portion of sky 20-full-Moons across, it’s invisible to the naked eye. Lopez and her colleagues were able to detect it, however, due to the way it distorts light from quasars behind it. Science News notes the Giant Arc’s “signature” on the electromagnetic spectrum is in magnesium atoms that have lost one electron; meaning the light we receive from the quasars behind the arc is absorbed and emitted by these magnesium atoms, and thusly has a particular wavelength when we receive it on Earth. (Incidentally, quasars are feasting black holes at the center of galaxies.)

It seems the goal now is solidify the evidence for the existence of the Giant Arc. An astrophysicist Science News spoke with, for example, discussed his skepticism of the discovery. Other cosmologists, he noted, have thought patterns existed in the cosmos when they, in fact, did not. Regardless, we’re glad people are looking for anomalies in space. The universe has surprised us plenty of times before, after all.