An international team of scientists has announced the discovery of a new supermassive black hole 13 billion light-years from Earth, observed just 670 million years after the Big Bang. The black hole, which has 1.6 billion times the Sun’s mass, is also surrounded by a disk of glowing gas. Which it’s swallowing into its gaping, Vantablack maw.

NOIRLab, the preeminent center for ground-based, nighttime astronomy in the US, announced the discovery. Astronomers from five international NOIRLab programs eyed the supermassive black hole and its zipping disk of gas. Which, together, are known as a quasar. 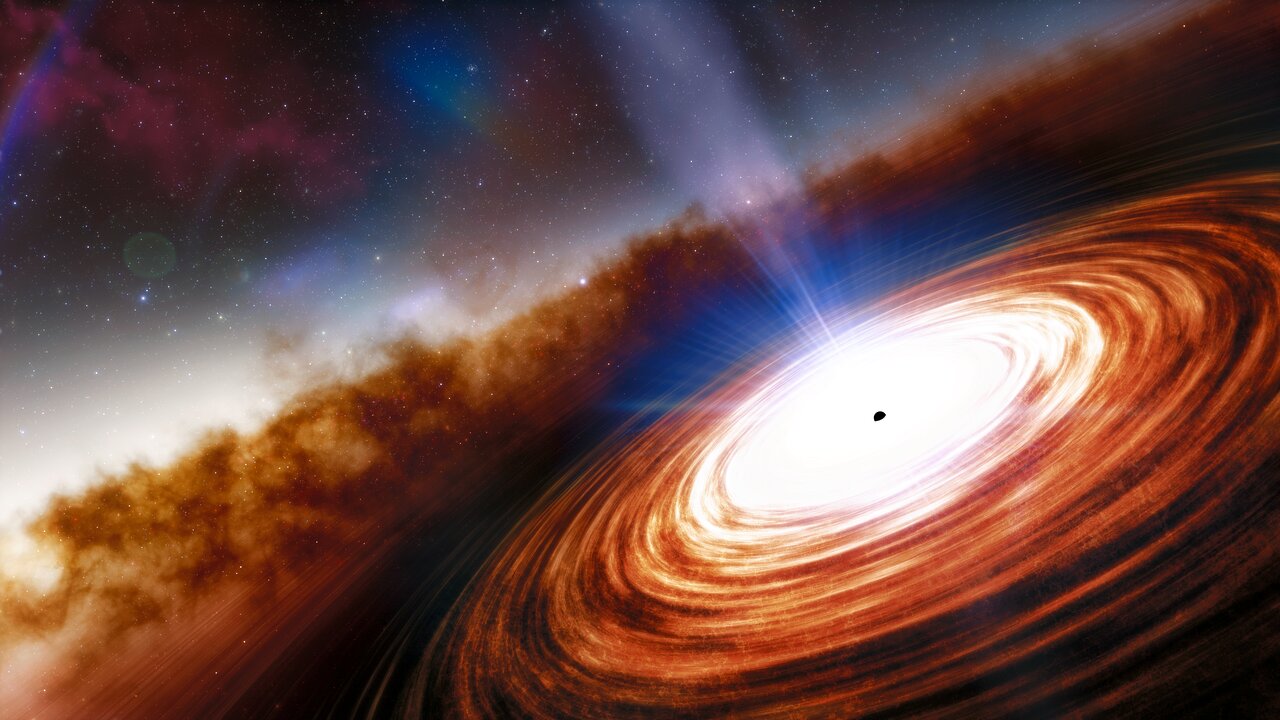 The quasar, which, like other quasars, also emits a jet of ionized matter accelerated to close to the speed of light from its central region, is just a prick of light to observers. (One you can see in the video at bottom.) But for astronomers to see it from this distance, it must be ten trillion times as luminous as the Sun.

In a press release (via Smithsonian Magazine), NOIRLab says the presence of the extremely distant quasar poses a challenge to theories of black hole formation. It’s unclear, for example, as to how the hole formed when it had so little time to do so. 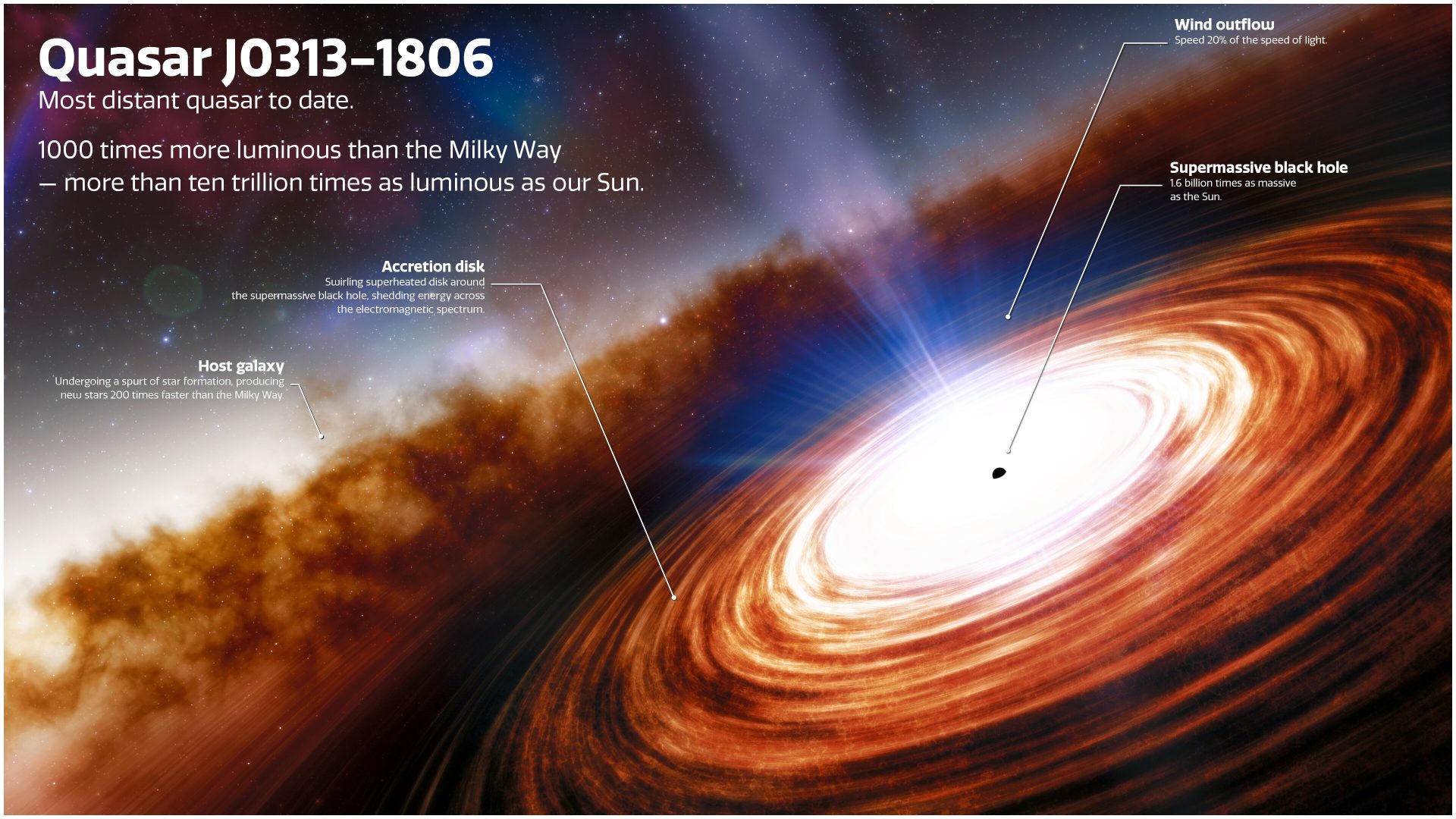 “The most distant quasars are crucial for understanding how the earliest black holes formed and for understanding cosmic reionization—the last major phase transition of our Universe,” Xiaohui Fan, one of the astronomers behind the discovery, said in NOIRLab’s release. (A phase transition is a physical process where matter changes from one state to another; e.g. from a gas into a liquid.)

The astronomers also quantified other wild characteristics of the youthful quasar. Especially in regards to the mind-blowing amounts of energy it’s cranking out into the universe.

Thanks to its extremely fast outflow of gas—moving at 20% the speed of light—the quasar produces one thousand times more energy than the entire Milky Way Galaxy. In fact, the energy release is so extreme, it revs up star formation across its host galaxy; meaning we observe J0313-1806’s host galaxy producing stars at a rate 200 times that of our own. Which makes it seem like when it comes to IRL galaxies far far away, it’s quasars that produce The Force.