With Halloween soon upon us, many parents are struggling to come up with fun things to do with their little monsters. Especially now that trick or treating and other holiday activities are shut down or severely limited due to the pandemic. Well, how about making some classic Ghostbusters-style slime with the kids instead? The official Ghostbusters YouTube channel has just released a DIY video on how to make your own movie-accurate ghostly goo. You can watch the full tutorial down below:

For decades, parapsychologists referred to the oozy stuff supposedly emitted by ghosts as “ectoplasm.” But thanks to the immense popularity of Ghostbusters back in the eighties, that quickly got simplified to “slime” in pop culture. And all thanks to one scene where Bill Murray’s Dr. Peter Venkman had an encounter with an ugly little spud who we’d later come to know as Slimer. 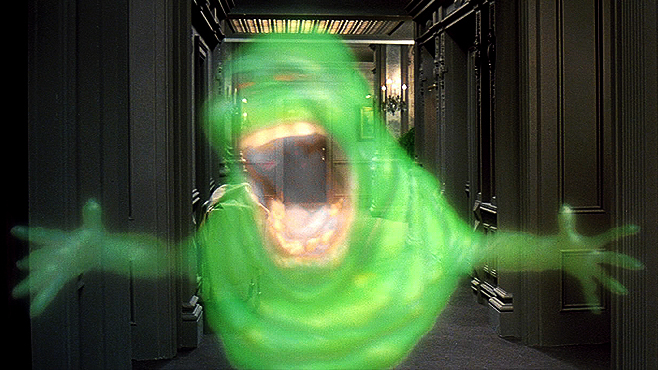 Although you can use different colors for your slime, we’re always going to vote for classic green. Although pink is an option for Ghostbusters II enthusiasts out there. Actually, The Real Ghostbusters animated series from back in the day used all kinds of shades, so use all the colors of the rainbow if you want.

Everything one needs to create their own spectral slime is stuff you probably already have in your kitchen, or could easily get at the local grocery store. Now on All Hallow’s Eve, you can make it look like your home was the epicenter of an invasion from the forces of Gozer. Just make sure your own little Slimers keep this stuff away from the carpet. Remember, school glue is part of the mix. You might get so mad, you’ll send them to their containment units with no candy. So have those proton packs at the ready!