Get Into Tabletop Role-Playing Games with These Fandom-Centric Finds! - Nerdist

Get Into Tabletop Role-Playing Games with These Fandom-Centric Finds!

Tabletop role-playing games (RPGs) are having a heyday. More traditionally played with pen and paper, these sorts of RPGs have moved into the bright light of day and people worldwide are discovering a love for the game. Yet, there are some who still scoff: they look at Dungeons and Dragons and Pathfinder and write off all RPGs as not for them or lame. It’s totally OK if you don’t want to play DnD, but don’t write off all tabletop RPGs because of those two. If you’re not digging DnD, why not try a fandom RPG?

Fandom RPGs are like their tabletop brethren, but based on specific shows or objects of interest—like Star Wars or Buffy the Vampire Slayer. Let’s look at just some of the fandoms that have their own tabletop roleplaying games. We can almost guarantee there will be one you want to try.  Here are some of our favorites:

There are plenty of movies that have earned themselves tabletop RPGs. Indiana Jones, for instance, has a system called The World of Indiana Jones (1994). This system encourages players to make new characters rather than playing as Indy himself. Similarly, in Men in Black: The Roleplaying Game (1997) you play as your own agent of the MiB.

Image Credit: Book of the Dead

Some fandom RPGs allow you to play non-mainstream characters. Starship Troopers: The Roleplaying Game (2005) would normally have you play as a Mobile Infantry member, but also has options to play as a telepath, Skinny Raider, and more. You can also play fandom RPGs in celebration of a fandom milestone. For example: Ash vs. Evil Dead will be debuting on Starz this Halloween. To celebrate, fans can try their hand at the Army of Darkness Roleplaying Game (2004), produced by Eden Studios. 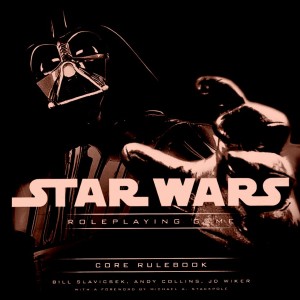 Then there’s the big daddy of ‘verses. Star Wars: The Force Awakens will hit the big screenDecember 18, 2015 and Star Wars Roleplaying Game (2000-2010, 2012-present) is the perfect way to celebrate its release. This fandom RPG has a wide range of races that can be played (everything from Wookies to Droids) and classes (bounty hunters, Jedis, etc). 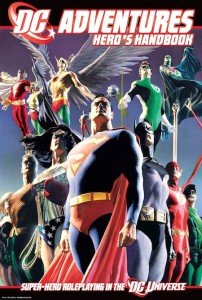 There are two great systems for DC fans: DC Adventures (2010) and DC Universe Roleplaying Game (1999). Adventures was nominated for several awards when it was released and in this RPG, you can play as DC’s greatest superheroes—including Superman, Wonder Woman, and Batman. Universe is an older system, but themed its sourcebooks for players (if you want to play as Superman you would want the Metropolis Sourcebook, for example). 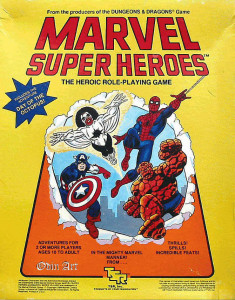 If Batman is not your thing you can try your hand at a Marvel system. Marvel Heroic Roleplaying (2012) was designed to play quickly and covers many prominent plots within the Marvel ‘verse. Marvel Universe Roleplaying Game (2003) or MURPG is a diceless RPG that allows for the creation of unique heroes and villains, leading to infinite campaign possibilities. 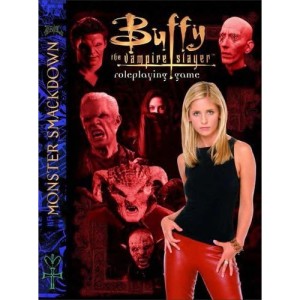 There are plenty of fandom RPGs based on television shows. If you want to save the world—a lot—try out Buffy the Vampire Slayer Roleplaying Game (2002). If you’re more the brooding type, try Angel Roleplaying Game (2003). These games use the same rules. You can play as either established characters or create your own to battle against the forces of evil. Also from the Whedonverse are Firefly (2014) and Serenity (2005). Firefly allows players to create their own crews to battle against The Alliance and other enemies. The focus of Serenity is to always be moving towards the horizon. Serenity also included full bios of the cast in its rulebook. 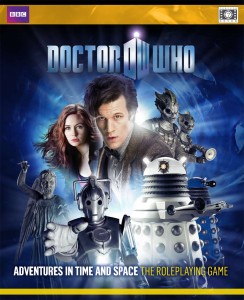 If you’re more of a space drama fan, there are multiple options out there. Doctor Who-Adventures in Time and Space: The Roleplaying Game (2009) is a system that allows players to be characters from the show. The 2014 special release of the game includes updated information for all of the characters and past iterations of the Doctor, based on the anniversary episode Day of the Doctor. Star Trek has many RPG systems, the most recent of which is Star Trek Roleplaying Game (2002), published by Decipher.

There are a lot of book series that have gathered huge followings. If you’re a fan of H.P. Lovecraft’s work you’re in luck! CthulhuTech (2007) combines the Cthulhu Mythos with an anime style. Taking place in 2085, players must survive the Aeon War and attempt to defeat the rising eldritch horrors. Or try Trail of Cthulhu (2008) which has the players investigate mysteries related to the Cthulhu Mythos. If you are a fan of Lovecraft and Pokemon, we recommend trying The Pokethulhu Adventure Game (2001). 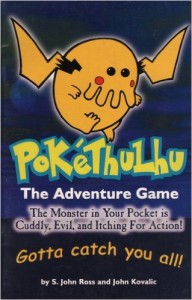 If you prefer short heroes with big feet, you’re probably a Tolkien fan. The Lord of the Rings Roleplaying Game (2002) takes place between The Hobbit and The Lord of the Rings, but can be adapted (and includes instructions for adaptation) to be set anywhere from the First to Fourth Age. The system won the 2003 Origins Award for Best Roleplaying Game.

There are some who prefer George R.R. Martin over J.R.R. Tolkien. A Game of Thrones (2005) was nominated for several Ennie Awards and won the 2006 Best Production (Silver), Best Game (Silver), and Best d20/OGL Product (Silver).

There are even roleplaying games about games. Warcraft RPG (2003) is a PnP RPG take on the popular World of Warcraft (WoW).  The RPG system has been used and cited as source material for the WoW ‘verse. 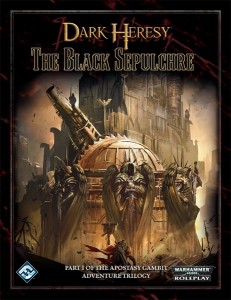 And, of course, there are RPG’s for Warhammer 40,o00. The most popular of these is Dark Heresy (2008). Players take on the role of Acolytes who work for an Inquisitor who sends them on missions. The Acolytes are able to choose career paths to help make their characters unique.

Whether you have dreams of slaying demons or exploring a galaxy far, far away, tabletop RPG’s can get you there. Go ahead and try one (or a few)! Just don’t blame us if you can’t stop exploring the Mines of Moria or stare into the time vortex a little too long. 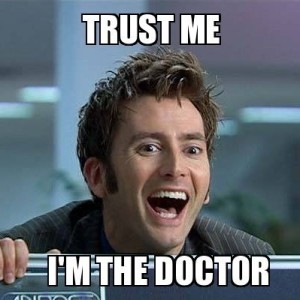