Genetic engineering has made great strides over the past few years with researchers now able to do very sci-fi things. Like turn squid clear for example. Or restore sight to blind people. Now, in a more frightening use of the tech, researchers in Wisconsin have genetically altered so-called “daddy longlegs” arachnids to give them shorter limbs. A daddy shortleg? Which sounds creepy for oh so many reasons. 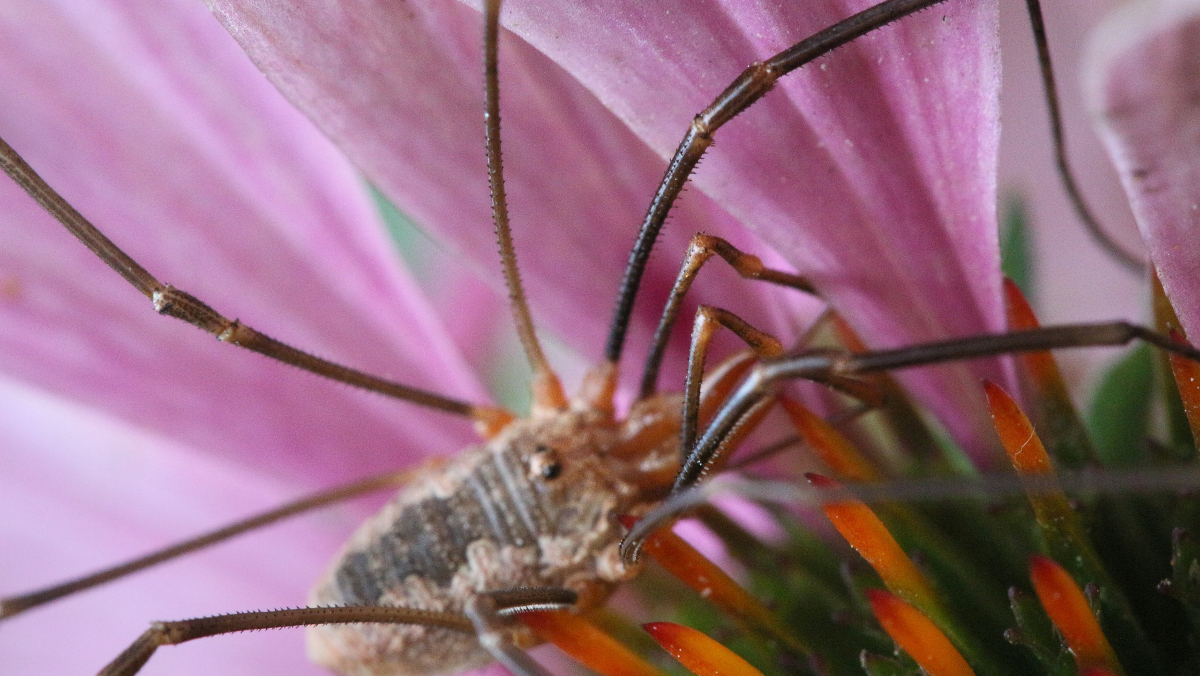 Live Science reported on The Shortening (TM), which Guilherme Gainett, a graduate student at the University of Wisconsin-Madison, and his colleagues outlined a study recently published in the journal Proceedings of the Royal Society B. Gainett and his co-authors outline how they were able to both sequence the genome of Phalangium opilio—a common species of daddy longlegs—as well as alter the genetic blueprint using a process known as RNA interference.

RNA interference (or RNAi) is a natural process many different organisms use to regulate the activity of their genes. In this instance the researchers used an artificial take on the process to “silence” the genes responsible for leg development in P. opilio; two “Hox” genes, which are groups of related genes that code for specific body parts.

The first daddy-long-legs genome is out today! "The study of harvestmen is the study of legs"...and genomes!
How do daddy-long-legs make their long prehensile legs?
Gainett, González et al. https://t.co/63j6GC3N0a
Embryos cover Proceedings B today @RSocPublishing pic.twitter.com/mlSDH7dbky

The team executed The Silencing (TM) by repurposing “RISC complex” proteins in the arachnids’ cells during their embryonic stage. The RISC complexes, as Live Science notes, are able to identify invading viruses; allowing them to target and “silence” their corresponding messenger RNA (or mRNA). Here, the researchers used them to silence the mRNA of the genes that code for long legs. (The researchers made the genes for long legs look like those for viruses. Hence their being removed by the RISC complexes.)

As for the results? The team’s effort did indeed lead to daddy shortleg arachnids. Unlike normal daddy longlegs, the researchers’ modified ones had three pairs of shortened “walking legs” as appendages. Ultimately, the appendages actually turned into limbs the arachnids use for manipulating food called pedipalps. Which sounds like a superfluous alteration, but one that stands as a solid first step in understanding how arachnids like these have evolved.

“Our purpose was not just to shorten [P. opilio‘s] legs just for the sake of it,” Gainett told Live Science. “We wanted to understand more about how these fascinating creatures evolved their alien way of locomotion and body plan,” he added. Speaking of aliens, we’d like to see Gainett and his team modify some of these weird sea creatures next.